An Ex-Marine’s View of the US ‘Forever War’ 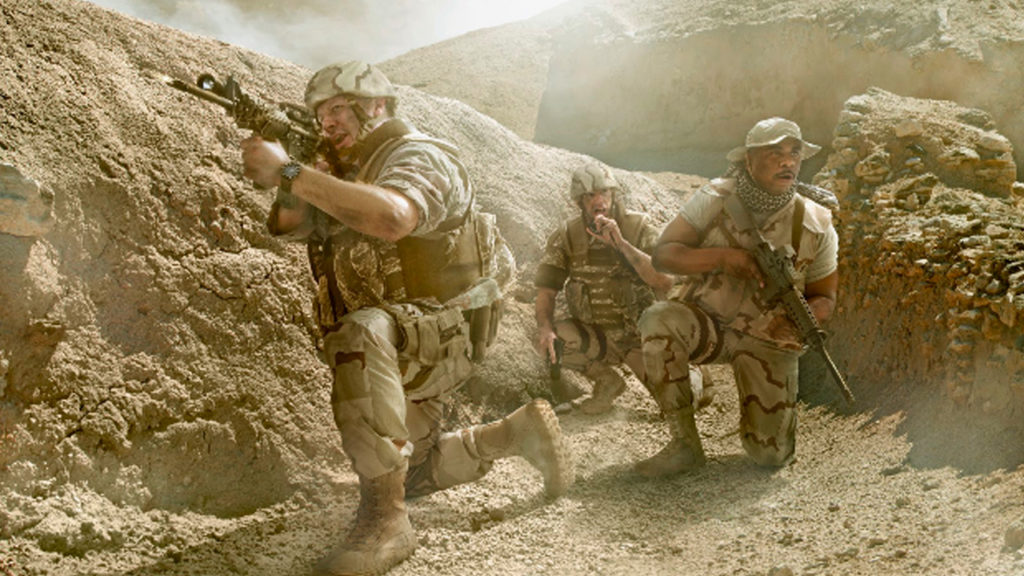 GREG WILPERT: It’s The Real News Network and I’m Greg Wilpert coming to you from Baltimore.

October seventh is the seventeen-year anniversary of the War in Afghanistan. The War in Iraq is now over fifteen years old. More than three million U.S. soldiers have so far served in these two wars with over seven thousand U.S. soldiers killed and as many as one hundred thousand Afghanis and over one hundred thousand Iraqis killed. Meanwhile, U.S. politicians rarely question the war’s consequences. Last month, with overwhelming bipartisan majorities, both houses of Congress passed the National Defense Authorization Act of 2019, which allocated another seven hundred and seventeen billion dollars to the U.S. military, which is more than all other countries combined spend on their militaries.

So, what’s going on? There’s a bipartisan consensus among US political elites in favor of war, despite the hundreds of thousands of lives and trillions of dollars that they are costing. Joining me to analyze this issue is Lyle Jeremy Rubin. Lyle served in the United States Marine Corps for five years, and nearly a year of that served in Helmand Province in Afghanistan. He is a member of About Face: Veterans Against the War, and he’s with us to discuss his Nation magazine article, The Forever War’s Cheerleaders.

Thanks for joining us today, Jeremy.

LYLE JEREMY RUBIN: Thanks for having me.

GREG WILPERT: So, A good place to start is with the concept forever war as you described the war in Afghanistan. You served in Afghanistan for five out of the seventeen years that it has been going on with no end in sight, and the Iraq war is not far behind that. How do you define forever wars?

LYLE JEREMY RUBIN: Well, I think that in the narrow sense, I think it speaks to the forever wars, or the forever war, of the post 9/11 era, so the last seventeen years or so. But I think you can really understand it in a longer, more expanded sense that covers a good part of the twentieth century. And you can really go all the way back, in my mind, to the Mexican American War of 1846. I mean, this country has been at war for a good part of its history, unfortunately.

LYLE JEREMY RUBIN: Well, I think most Americans, when they talk about thanking troops for their service, I think they have this idea that we’re defending the country, we’re defending the everyday life of civilians. But the fact is that what many of us are doing, particularly in the war zones that we are serving in, we’re terrorizing desperate populations, often poor and desperate populations. And that state terror on the part of our own government has very little to do with defending the interests of most Americans.

LYLE JEREMY RUBIN: I think there’s both sins of omission and sins of commission. So, I think to a large degree there’s a kind of passive support for American foreign policy, simply by virtue of the fact that most liberal and progressive pundits and most liberal and progressive politicians fail to speak about American foreign policy at all. And if they do, and this leads to really the sin of commission, they tend to either speak in favor of the policies or act in favor. So, for instance, both the Afghanistan War and the Iraq War, the overwhelming majority of the Democrats and the overwhelming majority of the Democratic Party media supported those wars. And that’s really been the story ever since. There’s kind of a narrow spectrum of opinion that you’re allowed to fall within, but it rarely allows for people like myself, that are just simply opposed to these wars altogether.

GREG WILPERT: So, in your article you also write about your experience as a Marine. And at the time, you believed every word of the Bush administration. And once arriving in Afghanistan, you began to develop doubts about the mission, the efficacy and moral necessity of the war. How did you come to realize this, and were you alone or was this a pervasive belief among your fellow Marines?

LYLE JEREMY RUBIN: Well, I started having doubts before I even went to Afghanistan because I got deployed in 2010. So, there were a number of years that had already gone by where policy in Afghanistan and policy in the greater Middle East in general hadn’t been fulfilling the stated objectives of the political class. So, I certainly went to Afghanistan with some doubts, but it was really the experience of, unfortunately, being part of operations and parts of foot patrols and vehicle mobile patrols where violence was conducted in one form or another, that really I think shocked me into a state of kind of radical awareness of just the overall moral rot that I think, to a large degree, constitutes American foreign policy.

And as to the question, was I alone? I don’t think so. I mean, I know fellow Marines who have traveled a similar ideological journey as myself, and I know plenty of other Marines and other veterans in general that I serve with or I met afterward who have a lot of the same doubts that I had. And I would say that the majority of Marines that I served with, particularly the front lines, don’t have any faith in the mission itself. We might disagree on the implied politics of that. But I have yet to come across anyone that I knew that I served with in Afghanistan that would defend what we’ve done up to this point, and that have any faith that the mission will somehow resolve itself in the end.

GREG WILPERT: Well, that’s very interesting, especially considering that on the political level that is among the political elites, there seems to be this overwhelming consensus, whereas those people who are actually there, and perhaps among the broader public, there’s not the same consensus. I mean, for example, Obama not only involved us in Libya and expanded drone warfare, but he also expanded the surveillance state, backed the war in Yemen, which now the U.N. calls the worst humanitarian crisis in the world.

And then, during the 2016 presidential election, Democrats under the leadership of Hillary Clinton even further began to favor war and hawkishness with hardened stances against Russia and Syria. So, why do you think there is such a unanimity among the political establishment in favor of war, when among the people who actually served there, and perhaps in the broader public, there’s not that same unanimity? And how do you think the consensus, at least among the political class, could be broken?

LYLE JEREMY RUBIN: Right. So, I think there’s probably a lot of reasons why the political class, together with the media class, continues support America’s wars. I think there’s a lot of self-interest involved. I think, first and foremost, most politicians in both parties receive considerable donations and other financial support from various parties that are in one way or another involved in the military industrial complex. Beyond that, there’s just a major risk involved in not either actively or passively supporting the overall agenda of the Pentagon. You risk losing that money, first of all, but you also risk losing the support even of your own constituents that go beyond direct military industrial interest.

Unfortunately, a good part of the American public in one way or another supports military spending, and for not necessarily legitimate but understandable reasons. A number of communities across the country in one way or another depend on the war economy, either because they have bases in their area, or they have defense contractors that they are employed at or their friends and family are employed at. So, because the war economy has been a major force in the society for so long, it’s very hard to speak against it because a lot of people’s and media interests are either at risk theoretically, or really materially is at risk in one sense or another.

GREG WILPERT: And so, what do you think needs to happen in order to break this deadlock, really, in favor of war?

LYLE JEREMY RUBIN: Well, I think a very preliminary step would simply be speaking out on the realities of foreign policy. So, you mentioned what’s going on in Yemen, what happened in Libya. Most Americans can’t even name the six or seven countries that we either have ground troops, that there may not be major operations in, and they have no idea that we have hundreds of other operations going on around the world, particularly in Africa, which hardly- I could name all the journalists that cover the military operations that are going on in Africa on one hand. So, at the very least, I think there needs to be a whole lot of consciousness raising and education campaigns. That’s the first step.

GREG WILPERT: Okay, well we’re going to leave it there for now. I was speaking to Lyle Jeremy Rubin, former U.S. Marine and now PhD candidate in history at the University of Rochester. Thanks again, Lyle, for having joined us today.

LYLE JEREMY RUBIN: Thanks for having me.

January 3, 2020
Sign Up for Our Newsletter
Help Us Make Real News!