Dr. John Kotcher of George Mason University discusses a new poll about climate change and says improvements in media coverage have helped spur the public's concern about the issue

Dr. John Kotcher of George Mason University discusses a new poll about climate change and says improvements in media coverage have helped spur the public's concern about the issue 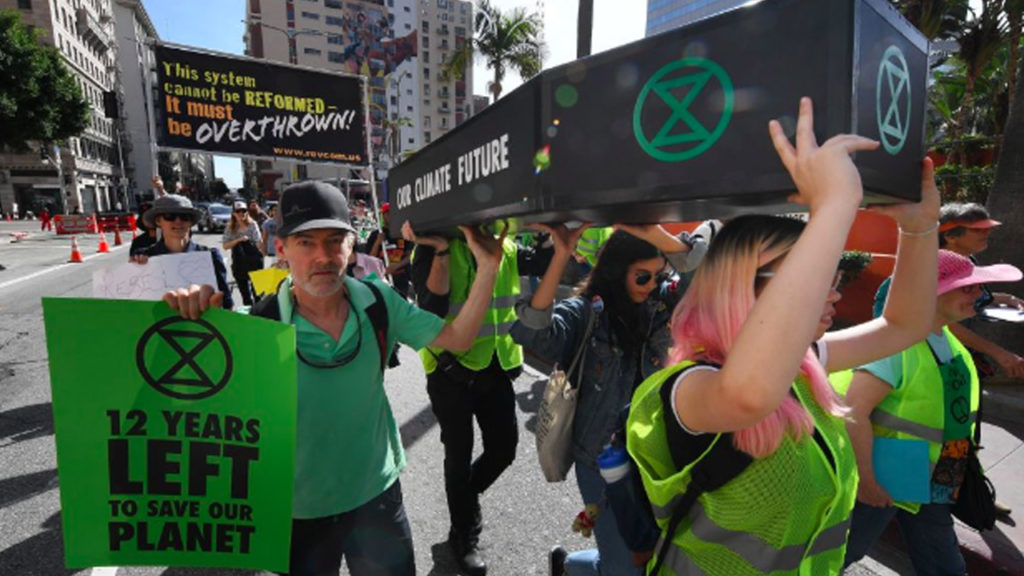 In 2017, the Trump administration announced its intention to withdraw from the Paris Climate Accord, making the United States an outlier in international efforts in the battle against climate change. One would think that in a robust democracy, such a momentous decision could be taken only with broad public support. Now, a new poll raises hard questions about whether the Trump administration’s approach to the climate crisis is in fact broadly supported by Americans. The poll was conducted by the Yale Program on Climate Change Communication and the George Mason University Center for Climate Change Communication. In brief, the poll reveals that Americans’ concern for climate change has surged to record levels.

Now here to discuss this all with us is Dr. John Kotcher. Dr. Kotcher is a Research Assistant Professor at George Mason University’s Center for Climate Change Communication, where he conducts research on science and environmental communication. His work focuses on how diverse audiences interpret and respond to information about climate change. He joins us today from Fairfax, Virginia. Thanks for coming on The Real News, Dr. Kotcher.

JOHN KOTCHER: Thanks for having me.

DIMITRI LASCARIS: Dr. Kotcher, I’d like to begin by inviting you to tell us what you consider to be the key findings of this particular poll.

And so, part of what we think is driving that is that last year, we had growing media coverage and attention to the issue of climate change. We had two landmark reports, one by the U.S. government, another one by the United Nations, detailing the devastation and the risks of inaction on climate change. We also experienced some record-setting natural disasters, in terms of Hurricane Florence and Michael, as well as California experiencing some of the worst wildfires that they’ve ever had in their history. And so, I think it’s partly all of these factors working together where Americans are now beginning to connect the dots and see climate change not as they have historically in the United States, as a threat that’s distant and something that’s going to happen far off in the future or in far away places. It’s less of a problem for the polar bears, and people are increasingly coming to see it as a problem for human beings, for members of their family and for them personally.

DIMITRI LASCARIS: And I understand–you talked in general terms about levels of concern and belief that human activity is causing climate change. I understand there’s now a massive disparity in the United States, according to this poll, between those who accept climate change is happening and it’s human caused and those who don’t accept that. What exactly are the numbers in that regard?

JOHN KOTCHER: We found that 73 percent of Americans now think that climate change is happening, and 62 percent of them believe that it’s driven mostly by human caused activities.

DIMITRI LASCARIS: I also understand that the poll reveals an interesting political divide in terms of belief that human activity is causing climate change. What are the numbers vis a vis Democrats and Republicans in that regard?

JOHN KOTCHER: So we actually have a report coming out in the next week or two that will look at these numbers broken down by political party affiliation. I don’t really feel at liberty to talk about what those numbers are, simply because we haven’t released them yet. That report is actually still under works.

DIMITRI LASCARIS: I saw a report in The Guardian which said that–so this is already public information. According to the poll, 86 percent of Democrats say climate change is happening, while 52 percent of Republicans agree with that proposition. So that’s what I was trying to get at, and presumably that is public, because the Guardian reported it. Was that part of this poll?

JOHN KOTCHER: So there were two polls that were released on the same day, one was ours and there was another one by the AP-NORC, and that’s not one of ours. I can talk about, sort of just in broad terms, the polarization between Democrats and Republicans.

DIMITRI LASCARIS: So Dr. Kotcher, I understand that currently available polling data continues to show a very significant political divide in terms of the public’s views about whether climate change is happening and it’s human caused. What can you tell us about that data?

JOHN KOTCHER: So what we’ve seen historically is that there’s a large difference between Democrats and Republicans on this issue, but that there’s also a lot of internal differences within the parties. Namely, that we see an increasing number of liberal Democrats becoming more and more worried about global warming, but we also see an increasing number of liberal and moderate Republicans becoming increasingly worried and concerned about the issue. And most of the skepticism, what’s remaining, primarily rests among conservative Republicans.

JOHN KOTCHER: So I think, actually, one of the contributing factors, and what we’ve seen in some research on this, is that many, many members of the public take their cues on a variety of different political issues from elected officials and political elites. And so, one might assume that, given the Trump administration’s stance on the issue of climate change, that many Republicans in particular would become less concerned about the issue as a result. But what we’re seeing, I think, in this data, is almost the opposite effect, that many Americans are seeing the lack of action and lack of seriousness from the Trump administration when it comes to this threat, and they’re becoming increasingly worried and increasingly concerned about the threat due to this administration’s inaction.

JOHN KOTCHER: Sure. So I do think the coverage of this issue has improved over time. A little over ten years ago, there was a study showing that there was a tendency within the news media industry to present this as a purely political issue where you’ve got to have political balance, with one interviewee talking about the reality and seriousness of climate change and another talking about how it’s simply a hoax and we shouldn’t be concerned about it, and that this created a biased view in the American public with regard to the issue. Since as we know, there’s a scientific consensus that climate change is real and human caused and presents a serious threat to people.

Subsequent analyses have shown that that practice of providing balanced coverage of sort of “he said, she said” with regard to the reality and seriousness of climate change has decreased over time. And actually, there’s some studies. The University of Colorado at Boulder tracks news coverage of climate change over time. They’ve been doing this for a number of years now. They look at newspapers, radio, television, both in the United States and the world more globally. And what they found is that relative to 2017, 2018, coverage increased twenty percent in the United States. So that may be part of what we’re seeing here with these changes in the public opinion numbers, is that people are becoming better informed as a result of exposure to better quality and more media coverage with regard to the issue.

DIMITRI LASCARIS: Well, we’ve been speaking to Dr. John Kotcher about a new poll showing record levels of concern amongst Americans for the climate crisis. Thank you very much for joining us today, Dr. Kotcher.