The US and the Taliban are about to sign an agreement to withdraw 14,000 US troops from Afghanistan, potentially ending the longest war in US history. However, the Afghans will not see an end to fighting yet, says The Independent's Patrick Cockburn

The US and the Taliban are about to sign an agreement to withdraw 14,000 US troops from Afghanistan, potentially ending the longest war in US history. However, the Afghans will not see an end to fighting yet, says The Independent's Patrick Cockburn 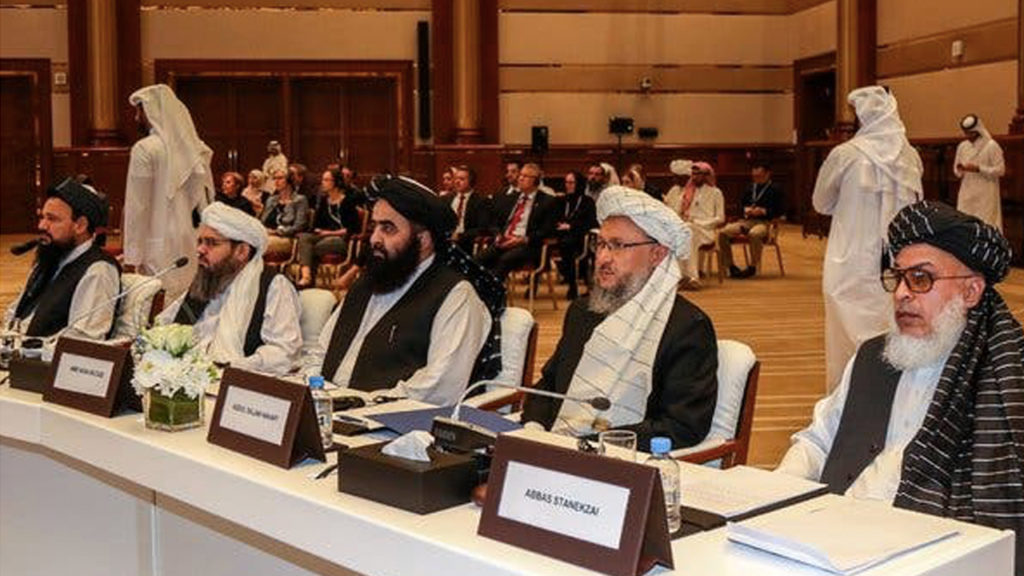 The US Envoy to Afghanistan, Zalmay Khalilzad, announced on Monday that the US and Afghanistan’s Taliban have reached an agreement in principle for the withdrawal of all 14,000 US troops from Afghanistan. As part of the deal, the Taliban commit themselves to opposing extremist groups in Afghanistan, such as the Islamic state group. If President Trump approves the deal, it would culminate eight months of negotiations with the Taliban. Also, it would mean the end to one of the longest wars in US history, 18 years now, which has killed 2,400 US soldiers, 4,000 military contractors or mercenaries, over 60,000 Afghan soldiers, over 65,000 Taliban fighters, and at least 40,000 Afghan civilians. Major hurdles towards peace remain in Afghanistan, however. A new presidential election is scheduled for September 26th, but there are many who are pushing for it to be postponed or canceled. Also, negotiations between the Taliban and the Afghan government have yet to begin.

Joining me to discuss the possible peace agreement with the Taliban is Patrick Cockburn. He is an award-winning journalist and a longtime correspondent for the British newspaper, The Independent. His most recent book is The Age of Jihad. Thanks for joining us again, Patrick.

PATRICK COCKBURN: Well, it’s a pretty extraordinary agreement because as you just said, the Afghan government, which the US has been fighting for, isn’t part of it, is excluded from this. That’s a major player and the government that the US has said is the legitimate rumor of the country. It’s kind of a weird agreement. The Taliban are in quite a strong position. They probably have control of more territory than at any time since 2001 when they were overthrown with US backing after 9/11. But otherwise, it’s unclear also what the attitude of Pakistan is, which is the crucial backer of the Taliban. I think there’s a long way to go before we get peace. On the other hand, you could say that the momentum is in that direction, is in the US pulling out.

One also has to look in all these wars— not just Afghanistan, Iraq and Syria. Often there’s emphasis in newspaper and television headlines on the number of US troops on the ground. 2,000 in Syria, or 14,000 as you’ve just mentioned in Afghanistan, but a crucial element is US air power. Will that still be deployed in strength, as it was before? Who will be able to call in air strikes? What’s the situation there? Because that’s really the cutting edge of US military intervention in Afghanistan and elsewhere.

GREG WILPERT: Now, there’s other elements though that this agreement also doesn’t really incorporate, and the others are basically ISIS and the CIA. That is, a few days ago, The New York Times reported that the CIA is supporting militia groups in Afghanistan that are supposed to be fighting ISIS. Now, the Taliban of course would probably see the CIA presence as a violation of an agreement. What’s your take on the role that both ISIS and the CIA would play in Afghanistan after US troops are withdrawn?

PATRICK COCKBURN: Well, ISIS has taken roots there, particularly in the east of the country. It’s extremely difficult to root out. It’s been launching these devastating attacks on civilians in Kabul and elsewhere, focusing particularly on the Shia minority in Afghanistan. The involvement of the CIA and militia groups that it pays, it tends to make things murky— how much money is being spent, who controls these mercenary groups, how far is the US withdrawal really a withdrawal. Aside from these mercenaries, you have the question of US contractors in a country like this. Trump clearly wants to get out. He said quite early on his instinct was to get out of Afghanistan. Remember also in 2011 there were 100,000 US troops there and Obama had his arm twisted by the Pentagon to send more troops. It didn’t do a lot of good, make much difference. Already we’ve come down a pretty long way from the peak of a US involvement. There is an element of de-escalation, but there are so many players involved that it’s difficult to see this conflict ending in the near future.

GREG WILPERT: Now, there’s supposed to be an election in Afghanistan in a few weeks, as I mentioned in the beginning, but it doesn’t seem too certain whether they’re really going to happen. Now, the Taliban and opposition leaders would like to see them canceled or postponed with an interim government taking office. Now, how do you see elections factoring into this complicated process?

PATRICK COCKBURN: Well, if the Taliban can get them canceled, that shows again how much of a power in the land they are. But when I’ve been in Afghanistan, what has struck me is not so much the popularity of the Taliban, but the unpopularity of the government. I think that that’s been true since 2006 when the Taliban began to make a comeback. But are we going to have a situation as we did in the early 1990s when the Soviet-backed government collapsed, when the Soviet Union collapsed, and then we had the forebearers of the Taliban march into Kabul and start massacring their enemies? And then we had an even bloodier civil war than we did before.

I’m not convinced that that isn’t going to happen again. And there’ll be a lot of Afghans who, whatever is agreed by the US and the Taliban, will resist, which is what they did initially in Afghanistan in the early nineties. It’s very difficult after, you’ve mentioned, 40 years of war. It’s very difficult to disentangle all these confrontations. The war in Afghanistan has always been partly sectarian in other ways between the different communities there. There’s that element. I think we’re still quite a long way from any definitive peace emerging.

GREG WILPERT: Yes, this does seem like in many ways we’re back at square one in terms of the situation, like you mentioned, comparable to the 1990s or the early 2000s with not much having been achieved— at least for the United States— from all this war effort. What do you think? Has anything really changed since then?

PATRICK COCKBURN: Well, we had a sort of war at the beginning. There was a misconception in 2001 that the Taliban were defeated. I remember following the Taliban from [inaudible] to the fall of Kabul down to Kandahar, their southern capital. If you watched a television or read the newspapers at the time, it sounded as though the Taliban were completely defeated and going home, never to rise again, but one could see on the roads that this was very much an organized retreat, and they were capable of coming back. I had meetings with the Taliban leaders in villages and they made very clear if they weren’t treated right, if they were still pursued, if they’re completely excluded from power, they would come back. Afghanistan is often very deceptive like that. People who are losers in one phase of a conflict might go home, but they can always come back again.

And you have the same thing in Iraq, just 40 years of war. People are so [inaudible] to violence. They find it difficult to believe that peace is going to come, they aren’t going to give up their weapons, and this has been a conflict which has got worse. People in Afghanistan, they’ll be looking at videos on their laptops or their phones showing Taliban being prisoners, being tortured to death, or members of the Afghan government or their supporters being executed. This sort of [inaudible]. The way war works there, one aspect of is, to try to terrorize the other side by showing your atrocities and that sort of impression doesn’t go away. That’ll make it even more difficult in this sort of modern age when half of Afghans have access to the internet, and to create a mood in which the place will really become peaceful.

GREG WILPERT: Okay. Well, we’re going to leave it there for now. I’m speaking to Patrick Cockburn, long-time Middle East Correspondent with The Independent. Thanks again, Patrick, for having joined us today.