The European Energy Security and Diversification Act, legislation offering $1B to promote sending U.S. fracked gas to EU countries, was inserted into the federal budget bill signed into law by President Donald Trump. Democrats invoked “Russiagate” in their PR push for the bill.

The European Energy Security and Diversification Act, legislation offering $1B to promote sending U.S. fracked gas to EU countries, was inserted into the federal budget bill signed into law by President Donald Trump. Democrats invoked “Russiagate” in their PR push for the bill. 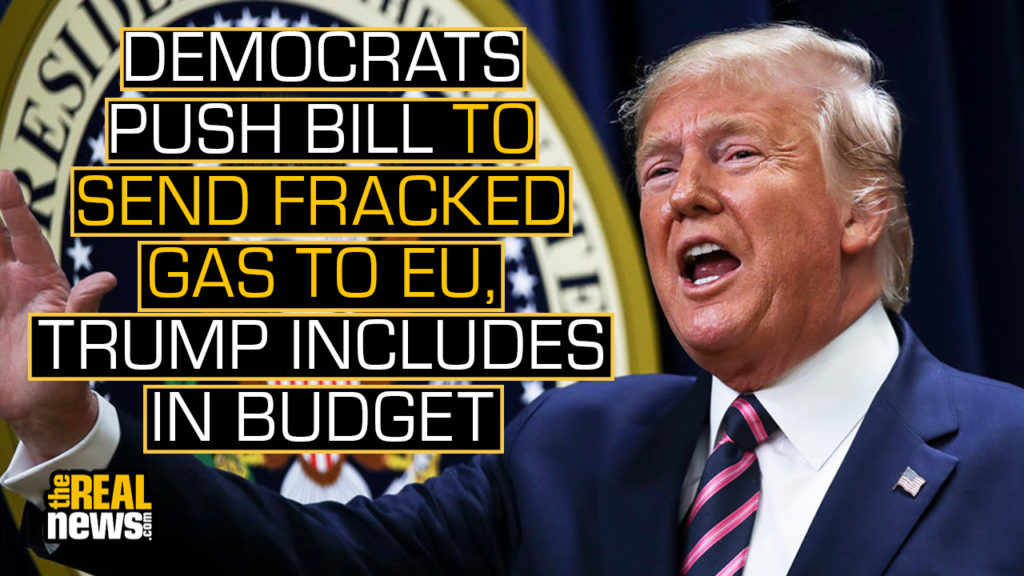 Congressional Dems who had been pushing for the legislation since early this year invoked Russiagate and an attempt to wean EU countries off of Russian gas to make their case for the bill. One of them was U.S. Representative Bill Keating from Massachusetts.

BILL KEATING: So speaker, we saw again last weekend with a summary of the Mueller report coming forward. Just underscoring, once again, the attack it was made in our country by Russia. Russia is seeking, number one, to attack the democracies of our country, but also to strategically create a wedge with the greatest asset we have, something that they certainly do not have. That asset is the coalition we have with our European allies.

LISA SNOWDEN-MCCRAY: Sponsors for the bill pointed to the energy geopolitics goals undergirding the legislation, and as it moved through the Senate during the United Nations climate talks in Madrid, Connecticut democratic Senator Chris Murphy said, “If we are able to help make countries truly energy independent of Russia’s energy largess, then it effectuates so many U.S. national security goals in the region.”

But as it turns out, the bill was not simply a geopolitical muscle flex by the United States government. It was also the fulfillment and realization of a month long, big oil lobbying demand. Here to talk about that is Real News Climate reporter and producer Steve Horn. He’s the author of a recent piece titled, “Democrats invoke Russiagate to advance bill lobbied for by big oil.” He joins us from San Diego where he’s based. Thanks for joining us, Steve.

STEVE HORN: Good to be here. Thanks for having me.

LISA SNOWDEN-MCCRAY: So Steve, you published an investigative piece on this legislation for us right before it got inserted into the federal budget bill last week. So what exactly does the legislation call for and who lobbied for it?

STEVE HORN: Yeah, so the bill itself calls for, like you said, $1 billion to go towards energy projects or energy infrastructure in EU countries. And in particular it centers upon these 45 projects that are designated back in November by the European Commission as priority projects, which ended up being and was decried at the time being lots of fossil fuel industry projects, in particular natural gas projects.

And in terms of who lobbied for this bill, I think that was sort of this, as you said, this has been pushed since the beginning of the year. What was news here is looking at the lobbying disclosure forms and the number one proponent of this bill, it was the American Petroleum Institute or API, which is the lobbying voice of the oil and gas industry, which has spent every quarter of this year that’s been documented so far lobbying on behalf of this bill. So, that’s really who’s behind this bill.

LISA SNOWDEN-MCCRAY: Okay. And so this bill got unanimous support from House Democrats and some interesting debate ensued on the legislation in the Senate Committee on formulations around renewable energy language. Can you talk a little bit about what happened there?

STEVE HORN: Yeah, and that goes back to the language in the bill, which is sort of an all of the above energy strategy towards European Union funding. All of it, which is encompasses every energy form. But what Senator Ed Markey tried to do is as a member of the Senate foreign relations committee is provide supplemental language, which said only renewable energy should be promoted in European Union countries. And it got struck down. There’s a couple of different votes on different language formulations that he came up with.

But at the end of the day, it got struck down. The reason why that’s really important to me is Chris Murphy, who was the coauthor of the bill on the Senate side, a Democrat from Connecticut, he Tweeted about this after it got inserted into the budget bill and he said, “Well, hey look, this is a great bill.” There’s going to, we’re going to prioritize renewable energy. And within it, well actually, if you look at what happened in deliberations on this bill, that’s not the case at all.

LISA SNOWDEN-MCCRAY: And then there’s like a little bit of irony in the way that the legislation came together and got passed. Can you talk a little bit about that?

STEVE HORN: Yeah. So I think to understand the dynamics of this, of course, this is being pushed in the vein of Russia is an adversary of the United States and Russia is a bully of European Union countries in terms of how its uses its gas, uses its natural gas as almost a weapon or a blackmail tool in the European Union or in that context when it exports its energy to those countries. And so I think what’s really important understand is looking at the proponents on the United States side; the American Petroleum Institute, lots of those member companies, including those largest member companies like ExxonMobil, BP, Shell, Chevron, all of those companies to more or less extent. But in particular ExxonMobil, and in particular BP are hugely tied to extracting oil and gas in Russia.

And so I’ll just give one of the most egregious examples is BP who’s a member of API; their CEO, Bob Dudley, is actually on the board of directors of Rosneft, which is Russia’s state-owned oil company. BP in turn owns over 18% of a stake of Rosneft as a company. So they’re an 18% owner. So I think that if you look at the push from this perspective, it’s just completely insidious because they’re using Russia and at the same time, Russia is another profit center for these same member companies. So I think in a lot of ways, it kind of blows a major hole in the central argument that is being made by the proponents of this legislation.

LISA SNOWDEN-MCCRAY: There was some pushback as you mentioned a few minutes ago, but ultimately the groups that were against this legislation were not successful. Can you talk a little bit about who the people that were not for this legislation and how that kind of panned out?

STEVE HORN: Yeah, so back in the Spring in May, there were 200 groups who wrote a letter in opposition to this legislation. But on the lobbying side, two of those groups in particular were leading the lobbying push against this bill. One of them was Friends of the Earth; the other one was Food and Water Watch. And I spoke to one of the lobbyists for Friends of the Earth for this article who was working on the pushback against the legislation.

And basically what she told me was two things: One, there was not much appetite to even talk to them. They were being blown off in conversations. There were meetings that weren’t being able to set up because there was so much of this, the Russiagate fervor in the air in Washington. So basically, meeting doors weren’t even being open for them.

And second of all, Friends of the Earth told me that they were being kind of smeared almost as Russian agents for pushing back against this legislation. Essentially what they told me is, look, at the end of the day, this legislation is going to hurt people in the European Union. It’s going to hurt people in Russia. It’s going to … Around the world, people are going to be hurt by more and more fossil fuels being produced and marketed because of climate change, because of the local impacts of fossil fuel extraction and production. So, I think that was an important point that they made as well.

LISA SNOWDEN-MCCRAY: It’s good that you mentioned the EU because that was going to be my last question. What has been the reaction over there? What are people over on the other side of the pond saying about this legislation?

STEVE HORN: Yeah. I don’t think that people, from what I’ve seen, environmental groups or people on the ground in EU countries, have not really been looking at this piece of legislation in particular. But I think what’s important to point out is they, I think they don’t realize that they have been in a different way. That is that number, that 55 project list or 55 critical projects list that sort of is the key of this legislation that will be the ones prioritized, groups in the EU have been pushing against that and they slam that as basically a fossil fuel industry give away.

In one project in particular I think is worth noting, which is on that list, it’s just called Shannon LNG in Ireland. That project has garnered opposition, not even an ordinary opposition. I mean the Pope has come out against that project. Cher. Mark Ruffalo. Famous people have come out against this project. That’s one of the ones on this list under this bill that will potentially get funding from this new piece of legislation. So I think that once… I’d be curious to see what people in the EU countries, how they react to this bill as they realize it got inserted into the United States budget for the next year.

LISA SNOWDEN-MCCRAY: Yeah. I feel like it’s not often that Cher and the Pope are speaking out on the same issue.

LISA SNOWDEN-MCCRAY: Thanks so much for taking us through all the twists and turns on this story. We’ll have a link to it on our website and on our YouTube channel as usual. And thank you, Steve, for joining us.

STEVE HORN: Thanks for having me. Good to talk about it. 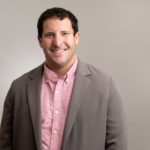 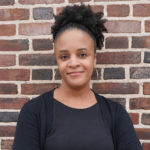