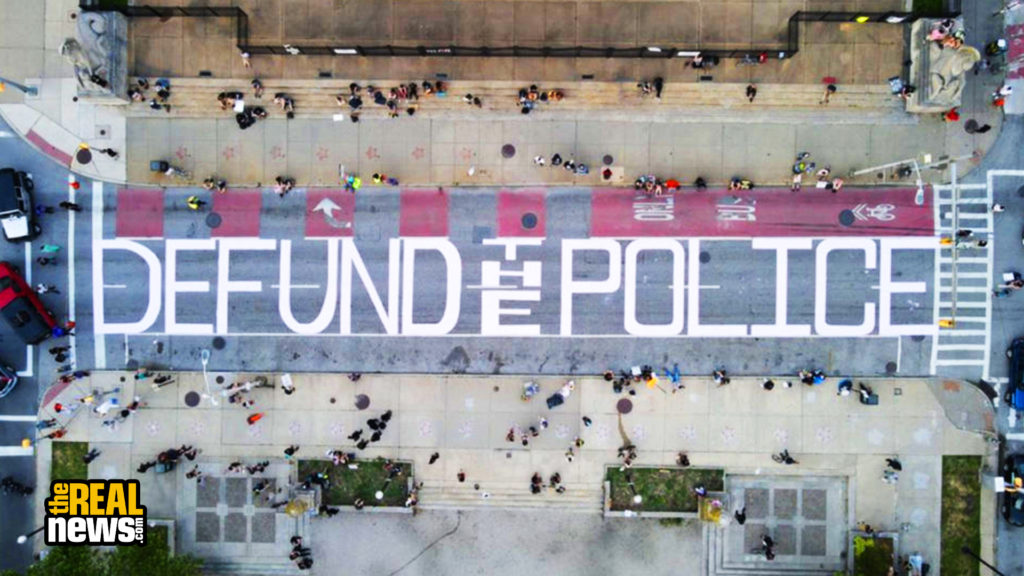 Speaker 1: The City Council is voting on a $509 million investment into police at the expense of resources that are necessary to communities. And so we want the Baltimore City Police Department to cut the police budget by $270 million and take that money and invest it in community-based solutions.

Speaker 3: The process to abolition is actually a process that’s not going to happen overnight. I know that removing the police in their footprint in our city and redefining public safety is going to be a long process. I’m willing to work with anyone who understands that, who actually wants to improve the city.

Jaisal Noor: Baltimore spends more per capita on its police than any other large city, more than it allocates for housing, health, civil rights, and its contribution to its local school system combined. Activists with Organizing Black, say they want officials to spend half that money, over $270 million on social programs.

Speaker 1: What has made our community safer are mental health counselors in schools, ensuring people have… youth have well-funded youth programs, that youth have summer jobs, that communities feel connected. And there is space for communities to build together and be accountable together.

Jaisal Noor: The Baltimore City Council is scheduled to vote on its budget on June 15th. Activists who target Appropriations and Budget Committee Chair Councilman Eric Costello, with an early morning car caravan on Friday, say they will maintain pressure on elected officials.

Speaker 3: I know the Councilors have gotten thousands upon thousands of emails. I know some Councilors that got visited at their house this morning, Councilor Costello was real upset. I would tell him that if he did his job, hearing from your constituents is not bullying. So if you do it, then get your constituents want, you probably would get left alone. People are showing up at Brandon Scott’s house.

Jaisal Noor: Activists are also demanding an end to state control of the Baltimore police force, which has been long considered an impediment to oversight and reform. With Cameron Granadino and Taylor Hebden, this is Jaisal Noor in Baltimore.