A Once Silent Crisis is Now a Deafening Cry 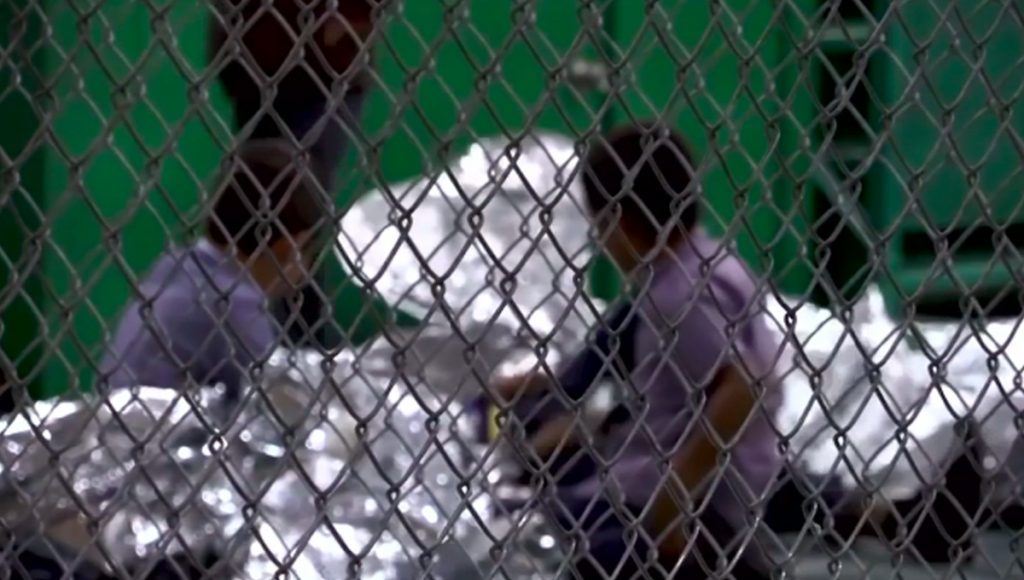 OSCAR LEON: The world is enraged, but the cages are not new. A once silent crisis, brewing for a decade, now is boiling.

Despite the more than 4 million immigrants deported by Obama, his successor faces a wave of refugees crossing the US-Mexican border to escape poverty and violence.

The steps that President Donald J. Trump and Attorney General Jeff Sessions have taken to address migration have enraged the country, the last of which broke on Thursday June 19 by AP. “Baby jails” were being set up to house unaccompanied minors of “tender age,” as they call them, in other words, immigrant babies.

The next day, the pressure was simply too much, and Donald Trump announced signing an executive order to stop the separation of families. But let’s look at the buildup that led to this moment.

The news had quickly spread around the world. The United States of America was separating children. Over the last month and a half, an estimate of 2000 minors who were unaccompanied have been put in detention centers, whether they had crossed illegally or had surrendered in ports of entry, in many cases in groups of people who were seeking asylum, escaping poverty and gang violence in Central America.

Even the U.N. called on the United States to stop separating families

RAVINA SHAMDASANI: There is nothing normal about detaining children. As I said, detention is never in the best interest of the child and always constitutes a child rights violation. On this being a criminal offense, as I said, this should, the, you know, entry into a country without the right papers, should at most be an administrative offence and it certainly does not warrant jailing children.

OSCAR LEON: Headlines like: “Children separated from their families crying in cages,” “The Bible is used to justify the separation of immigrant families in United States,” “Frightened children are being ripped from their parent’s arms and taken to overflowing detention centres, which are effectively cages.”

The reference by General Attorney Jeff Sessions to Saint Paul’s Romans 13 letter. in which he made a call to follow Roman law and avoid immigrating to the capital, ignited outrage in both Christian and Catholic communities, with many congregations of all kinds having meetings to discuss what to do, facing the horrible reality Erika Guevara-Rosas, Amnesty International’s Americas Director described as “Nothing short of torture. The severe mental suffering that officials have intentionally inflicted on these families for coercive purposes, means that these acts meet the definitions of torture under both US and international law.”

Children were separated from their parents and put in cages inside temporary detention centers awaiting its transfer to facilities like this former Walmart, in Brownsville, Texas. Their relatives will be sent to federal prisons like Eloy and Florence in Arizona. According to the Trump administration’s own words, there is no system in place to reunite these families.”

In Phoenix, Arizona, inclusive and progressive churches are working with grassroots organizations to spread awareness and raise their voices of disapproval.

REV. JAMES PENNINGTON: Personally, I kind of understand it as a fear of brown skin or black skin, anybody outside of white anglo. So to me i’s also an issue of race, it’s an issue of justice, it’s an issue of economics. It’s an issue of power, who has power, and who is really considered human and inhuman. This is our way to tell you to stop coming across our border, because we’re going to take your children.

OSCAR LEON: Rev. James Pennington is a Senior Minister at the The First Congregational United Church of Christ in Phoenix, Arizona; by all definitions, an inclusive church.

REV. JAMES PENNINGTON: We have received several individuals in sanctuary. And also, two years ago we started a immigration legal clinic, that was sponsored by and run by the church.

OSCAR LEON: This time the church had called for a town hall, where a panel of legal and social workers shared their expertise on the matter to an outraged public.

Patrick Helling, Managing Attorney for the Florence Project, an NGO that provides legal assistance to migrants, confirmed what had been reported. Children have been separated from their parents, and eventually placed in custody in facilities different than those of their relatives, who, according to the latest anti-immigrant laws, are not entitled to bail, and will remain incarcerated until they are deported.

More temporary detention facilities are being erected, like this tent city jail in Tornillo, Texas, designed for housing families and children until further processing and eventual transfer.

The immigrant kids that turn 18 and have not being reunified with a sponsor will be sent to general prison population. Carmen Smith-Estrada from The Florence Project confirmed this.

“There are a number of kids that arrive just before they turn 18 [who will] be transferred to detention centers for adults. If no one claims them, or they don’t qualify for a bond, or if they can’t pay the bond given to them, they will face a dire choice: sitting in jail until its case sorts itself out, or choose being [deported] back to their countries.”

The panel did notice that there is a way to help for those who are willing to. To join and support groups like The Phoenix Restoration Project and others. Doing hospitality work and claiming those minors before they are surrendered to the general prison system.

Jessica Brown, social worker with the Florence Project, who works with the actual children in detention, confirmed the severity of the trauma experienced by the caged children.

JESSICA BROWN: Not only the trauma experienced back home, but the trauma throughout their journey up to the U.S., and then arriving here and being ripped from their family, the protective care that has been with them, and then not knowing, really, what is going to happen.

OSCAR LEON: Through the two hours of the town hall meeting, people kept relating to the immigrant families and comparing the caged children to their own, even a group of mothers was formed to take direct peaceful actions in the matter.

VERONICA MONGE: I know that this has been happening for a long time, but seeing a lot of pictures in the news and the videos of the actual children has really inspired me to want to stop this, like right now.”

ERIN TAMAYO: As a mom I have a 2-year-old and a four-year-old, and they’re both of Latino descent. So every time I see the reports in the news of children being ripped away from their mothers, from their fathers, it just makes me so I can’t even sleep at night.

LEAH SARAT: One thing that we are facing with this issue of family separations is that is an acute form of state violence. And it is not a violence that leaves physical marks upon children, upon families, but the violence that is does to those attachment bonds, to the parent-child bond, can leave lasting, lasting traumatic effects upon these communities.

So I think that we are creating a problem that is going to have effects for generations to come. They are being placed in an institution at a very tender age. This reminds me of the institutionalization of Native Americans in boarding schools. Not very far past in our nation’s history. Does that mean that they’re going to be taught that their parents were, indeed, criminals?

JEFF SESSIONS: Well, it’s a real exaggeration. Of course, in Nazi Germany they were keeping the Jews from leaving the country.

February 7, 2020
Sign Up for Our Newsletter
Help Us Make Real News!