Organizers say this was the largest youth-led demonstration in history. TRNN spoke to demonstrators in New York and Baltimore

Organizers say this was the largest youth-led demonstration in history. TRNN spoke to demonstrators in New York and Baltimore 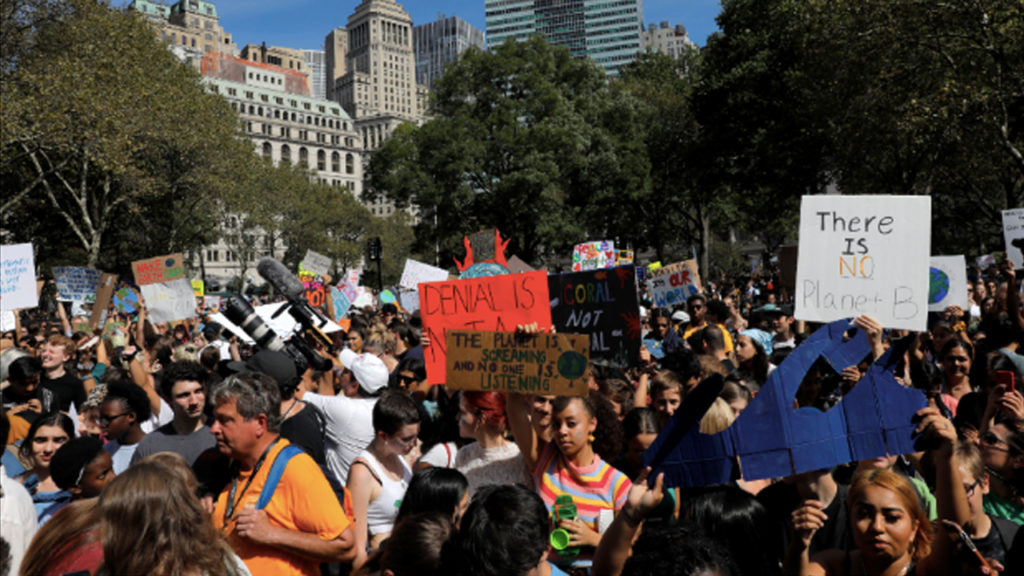 SPEAKERS: What do we want? Climate justice. When do we want it? Now.

What do we want? Climate justice. When do we want it? Now.

We’re at the New York City Climate Strike. This was one of thousands of climate actions that are being held all over the world today. Over three million people took to the streets in Australia, Asia, Africa, Europe, and North and South America on Friday to demand the world leaders treat the climate crisis with the urgency it deserves. Kids all over the world skipped class, and they asked adults to join them too.

MAY BOEVE: I think we’re in one of those incredible moments of whirlwind in movements where people realize that we have an opportunity to do something, and so their ability to show up means more to them.

DHARNA NOOR: Organizers said over 5000 actions are taking place in 157 countries today, kicking off a week of youth-led climate action. They say three million demonstrated on Friday and that it was the largest youth-led demonstration in history. We spoke with youth climate leaders and participants here in New York City.

DHARNA NOOR: To show support, New York City and Boston school districts excused all absences for participants. Our reporter Jaisal Noor also spoke to the hundreds of people in the streets in Baltimore.

JOSHUA LYNA: Our goals today: Tell city hall to admit that climate change is real and inform us of the next step that’ll happen. Because we know as students that this will impact us, not them. We are the future.

JAISAL NOOR: Recently, representatives from Maryland voted against the Democratic Party holding a climate debate, saying that this isn’t a top priority for black and brown people. That was their reason. What’s your response to those politicians?

JOSHUA LYNA: I think my response to them is definitely that’s false, and that this affects every single person in the world, especially brown and black children. Because we live in these inner cities where industries are always constantly taking over, and this affects us more.

OMER RESHID: This is so important for me today because when our politicians aren’t taking this as seriously as they should be… If this was a thing that everyone was taking seriously, this wouldn’t be happening. This is not a fight that students should be fighting. I’m sad to be here. I’m sad that I have to be here. So I’m here to make sure that our voices are heard.

GREG WILSON: We’re not out here to talk to climate deniers. We’re not out here to talk to Donald Trump. That’s a separate conversation. Those people need to come around to the facts coming out of the science; to come around to the math and engineering truths of climate change. We’re here to talk about the people who know that climate change is a problem, believe in it, and are being absolutely feckless, cowardly, weak, and pathetic in their solutions to it so far.