Loyal to their Class, Unhinged from Democracy 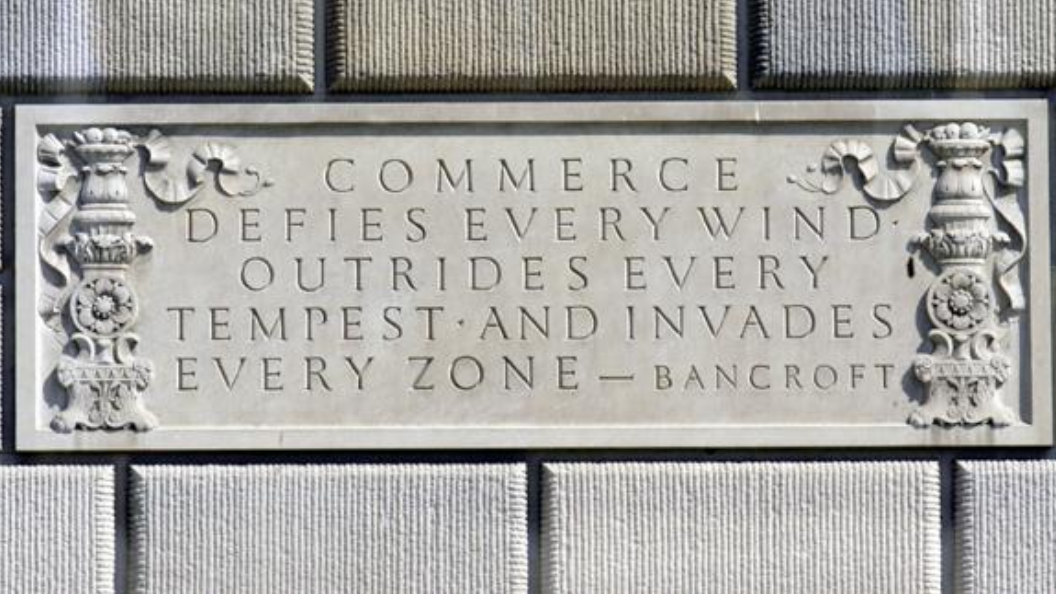 “Commerce defies every wind, overrides every tempest, invades every zone.”– Chiseled above the entrance to the U.S. Dept. of Commerce

As stunning as it may sound, an argument can be made that neither the Nazi Party’s rise to power nor even WWII itself could have happened without the backing of U.S. industry and finance. Cash contributions through the 1920’s and ’30’s helped elevate Hitler’s brownshirts from mere street thugs to a political party and financed “off budget” ops for the SS. Before and after the U.S. entered the war, military equipment and critical technology transfers flowed from U.S. corporations and subsidiaries to the Reich.

The record reveals more than just self-serving opportunism. It proves the existence of what sociologist C. Wright Mills called a Power Elite – born to privilege; attending the same prestigious schools; belonging to the same insular, rarified social circles; naturally assuming some God-given right to rule the world and in these particular cases, blinded by fanatical anti-communism and completely unhinged from democracy.

To discover the many personal relationships formed through class and propinquity that bind these elite, consult the sources cited to learn more of what we’re not taught in school.

U.S. firms like J.P. Morgan made millions financing World War I, a business that grew with post-war reconstruction and reparations.

The Bank for International Settlements, still operating today, was created to administer Germany’s WWI reparations. Run by Thomas McKittrick, a Wall Street banker and friend of the Dulles brothers, it was “effectively controlled by Hitler’s regime” by 1940 and had laundered hundreds of millions of dollars in looted gold – from coins to teeth fillings. Five BIS directors were charged at Nuremburg with war crimes.(1)

The Dawes Plan was created to rebuild German industry and provide reparations to England and France required by the Treaty of Versailles. U.S. representatives on the international committee were Charles Dawes, first director of the U.S. Budget Bureau and Owen Young, president of General Electric Co. In 1929, the Young Plan succeeded Dawes’.

Between 1924 and 1931, Germany paid 36 billion marks to the Allies, 33 billion of which was borrowed from investors who bought German bonds issued by Wall Street firms, paid to England and France as reparations and then sent to the U.S. as loan repayments. The bondholders received interest payments and according to Sutton, “The international bankers sat in heaven, under a rain of fees and commissions” made by lending other people’s money to Germany.(2)

Besides the connections between U.S. corporations and Nazis, there is another sinister commonality. America’s “secret government” resembles Himmler’s SS in the way both used funding from industrial and criminal elites to pursue ruthless “off budget” activities.

Some of the CIA’s sources included the Rockefeller Brothers who “served as private bankers for (Allen) Dulles’ intelligence empire,” including the MKULTRA mind-control experiments, and William Pawley, a U.S. sugar baron run out of Cuba by Castro.(1)

Today, those in the growing social movement to end corporate constitutional rights and the doctrine that money equals “free speech” are under no illusions. It’s likely that passing resolutions for a constitutional amendment to strip corporations of these powers won’t be enough.

Political resistance to corporate rule and oligarchy at some point may become inevitable as the corporate and political elite extend their grip on government and culture – a development often identified as a marker of fascism. Democracy activists may even have to risk their own personal safety to hold back that flood. History tells us what may happen if we don’t.

Mike Ferner is a writer from Ohio. You can reach him at [email protected]

(1)“The Devil’s Chessboard: Allen Dulles, the CIA and the Rise of America’s Secret Government” David Talbot 2015