When Nixon pushed postal workers, they pushed back

In 1970, what started as a small worker sick-out in a Bronx branch of the US Postal Service eventually expanded into a wildcat strike that caused President Richard Nixon to call in the National Guard to deliver the mail and greatly improved the working conditions for hundreds of thousands of postal workers. This strike was supported by a climate of dissent that existed in the early ‘70s—a climate that the current political atmosphere mimics—and it provides a teachable moment for organizers in 2020.

Paul Prescod, a union activist who detailed the history of the strike in Jacobin, spoke about the environment that led to it.

“People just questioned authority in general throughout society,” Prescod said. “[At the Post Office] you had Vietnam War veterans … they expect to be treated well, and they come back to this crappy job with crappy pay, so they’re angry about that, [and also there were] many Black people who had been involved in the civil rights struggle. And it’s sort of like taking this militancy that was existing outside the labor movement and bringing it inside the labor movement.”

This climate of rebellion against political institutions echoes through today’s movements: “I don’t think you can draw direct parallels, but it’s sort of an interesting moment now where you’ve had so many people, especially younger people, excited by the Bernie Sanders campaign and the moment we are living in. And a lot of these people do not have, at least yet, a connection with the labor movement, and it will be interesting to see if they bring these…radical politics into the workplace as a sign of struggle,” Prescod said.

The wildcat strike in 1970 came after years of struggle by postal workers for benefits comparable to other public sector workers. In addition to their discontent with compensation, Prescod says postal workers were stuck in a “collective begging not bargaining” situation, where they had very little opportunity to advocate for their rights. The strike began when rank and file members broke away from their union leaders and endorsed an illegal sick-out by postal workers at a Bronx branch. Emboldened by this action, the strike movement grew and spread quickly across the country.

The strike ended up lasting eight days, during which Time Magazine worried that it set a dangerous precedent for unlawful actions by federal workers. During the strike, Nixon called in the National Guard to deliver the mail, a move that possibly hurt more than helped mail delivery.

The strike ended with an overwhelming victory for postal workers. They gained large pay raises, improved their maximum salaries, received better health benefits, and won more collective bargaining rights, ending the “collective begging not bargaining” problem. The strike also led to the Postal Reorganization Act, which changed the nature of the Postal Service.

The Postal Reorganization Act required the US Postal Service to be self-sufficient. Although an early step towards privatization, this was not actually a problem until the 2006 Postal Accountability and Enhancement Act, which required the Postal Service to pre-fund pensions and health benefits 75 years in advance. This act, which continued other efforts since the 1980s to privatize the mail, is what caused the current financial crisis for the service.

The US Postal Service has 21% Black employees, and has been a crucial factor in upward mobility for the Black working class.

“It doesn’t seem like it’s a racial justice issue, but I think people should recognize that when we talk about Black Lives Matter,” Prescod said. “If the Postal Service is privatizing, and these jobs are destroyed, this is going to be a disaster especially for Black workers who have gotten so much out of this institution over the long term.”

With the renewed focus on the Postal Service, Prescod argues it is a good time to not only fight its privatization, but also to expand its services to things like postal banking, and to more broadly use this moment to mobilize around the protection of public services and workers in general.

“We need to look at what can unite the broadest possible [number] of people … The Postal Service is a good example of an institution [with] 91% support, that’s urban, that’s rural, Republican, Democrat, Independent,” Prescod said. “That’s something we really can unite around.”

With additional reporting by Molly Shah

When Nixon pushed postal workers, they pushed back 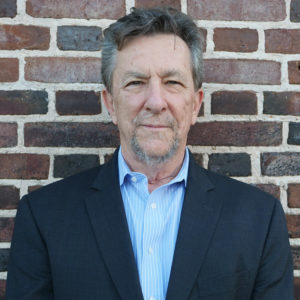 Marc Steiner, interim co-Editor at TRNN, is a Peabody Award-winning journalist who has spent his life working on issues of social justice. He walked his first picket line at age 13 and at age 16 became the youngest person in Maryland arrested for Civil Rights protests, in the Freedom Rides through Cambridge. As part of…