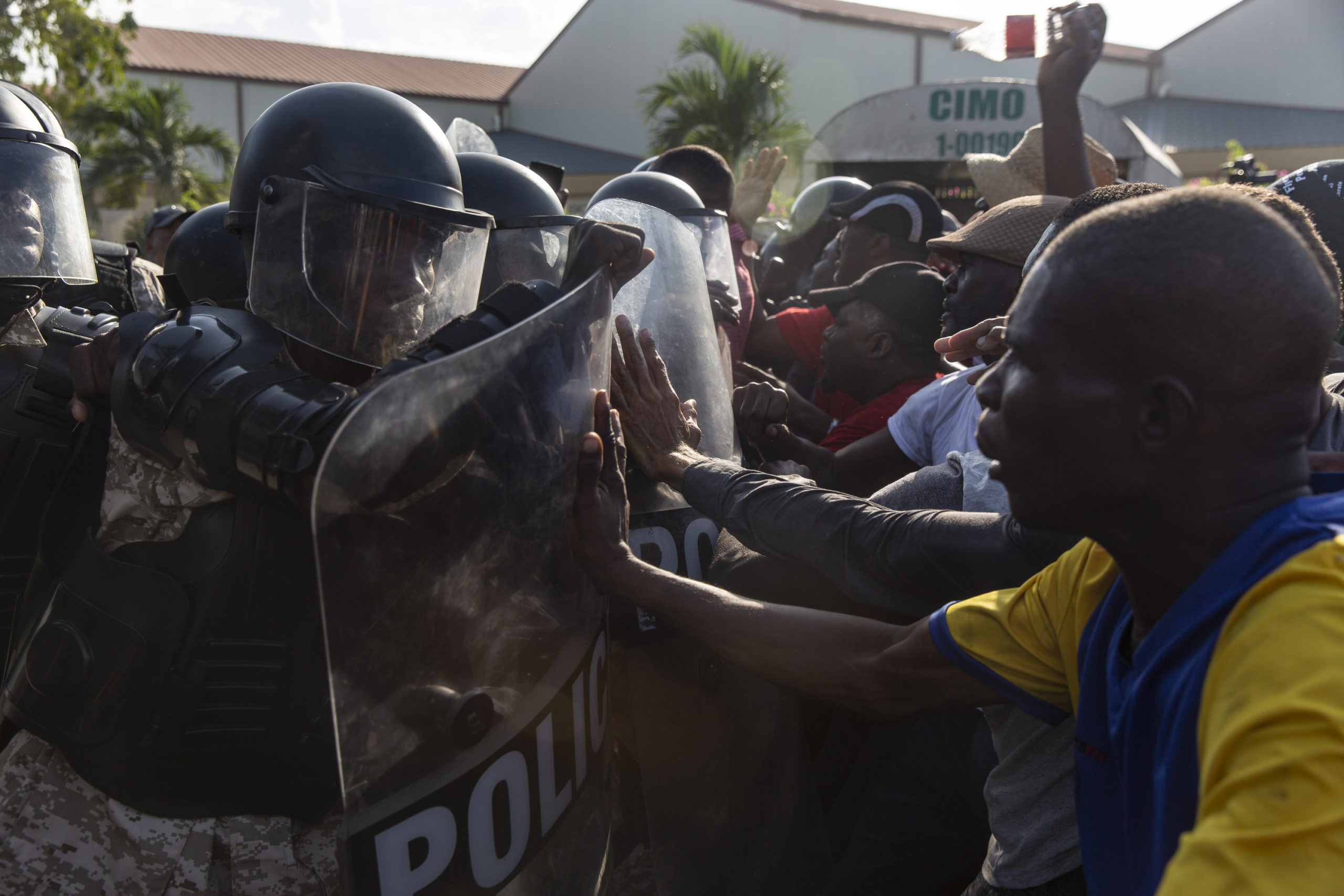 PORT AU PRINCE, HAITI - 2019/12/07: Demonstrators clash with police outside the US Embassy. For over a year tensions has been high in Haiti, widespread governmental corruption and the misuse of Venezuelan loans through the Petro Caribe program has led many people to take to the streets demanding that President Jovenel Moïse steps down. Country wide protests and the threat of violence has brought the nation to a near standstill with many businesses and schools have now been shuttered for months. With both sides digging in there seems no end in sight. (Photo by Adam DelGiudice/SOPA Images/LightRocket via Getty Images)

The U.S. Department of State issued a $73,000 contract to a Haitian security firm to provide “riot gear kits” while anti-government protests in Haiti were underway, according to a report.

The report, published by the Center for Economic and Policy Research (CEPR) found that in November 2019, the State Department signed a contract with X-International, a firm with close ties to the Haitian National Police and police’s “crowd control unit.”

Haitians have been protesting government corruption since July 2018. The main catalyst was a “rise in petrol prices” and accusations that President Jovenel Moïse “embezzled hundreds of thousands of dollars of government funds” meant for social programs.

The Trump administration has heavily contributed to the Haitian police force, quadrupling U.S. contribution “from $2.8 million in 2016 to more than $12.4 million last year.”

Considering that increase in funding, the contract the State Department signed is even more alarming. CEPR’s report mentions how in early summer 2020, tear gas manufactured in the United States was “used to disperse activists” in front of Haiti’s Ministry of Justice. These activists had the proper legal clearance to be in front of the building, and the protesters were still repressed.

But not all demonstrations were policed equally. After the Ministry of Justice protests, CEPR’s report notes that a group of armed people led by a former police officer named Jimmy Chérizier went to the same location, and police forces did not disperse them.

Chérizier, nicknamed ‘Barbeque,’ is the leader of G9 Family and Allies, a gang made up of nine other gangs in the area. Chérizier is notorious for allegedly being involved, according to the UN, in two massacres in neighborhoods in Haiti’s capital, Port-au-Prince, while he was a police officer. The first was in November 2017 in Grand Ravine, where the “extrajudicial execution of at least 14 innocent civilians” took place. The second was in November 2018 in La Saline, where 71 people were killed.

CEPR’s report discovered that X-International—which is owned by Carl Frédéric Martin, “a former member of the U.S. Navy” notable for becoming “increasingly involved in Haiti’s security forces over the last few years”—was the recipient of this contract to provide riot gear.

The report outlines the connection between Martin and one of his relatives, Dimitri Herard, who works in the Haitian government as the head of the country’s palace guard. CEPR’s report says that “the two are operating one of the most lucrative arms dealerships in the country.” 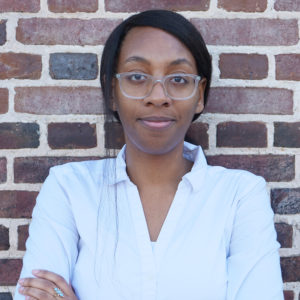 Genevieve Montinar is a booking producer at TRNN. She graduated from The George Washington University in 2018 with a Bachelor’s degree in political science and minors in journalism and criminal justice.