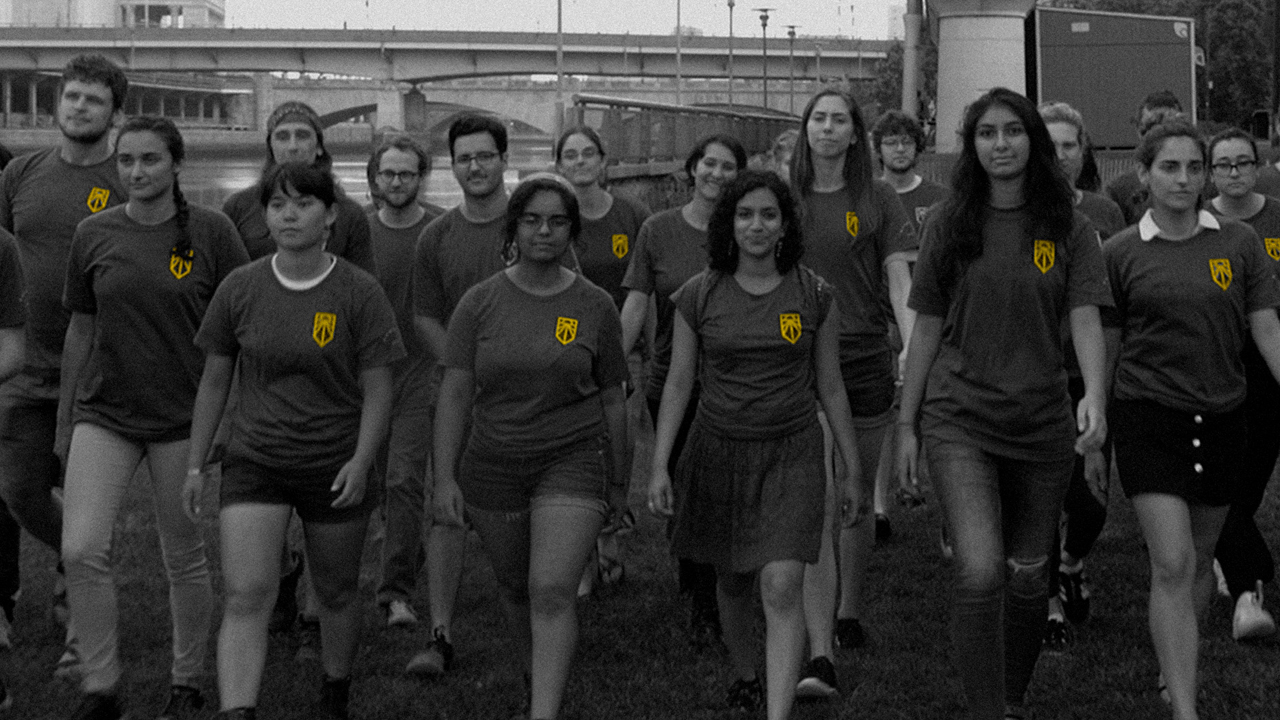 On Tuesday, young climate justice activists with the Sunrise Movement held a day of action around the U.S. to demand a Green New Deal—a plan to decarbonize the economy in ten years. Sunrise members gathered in New York, Oakland, DC, and dozens of other cities. In San Francisco, some members confronted House Democratic Leader Nancy Pelosi, asking her to back the proposal.

We are here gathering outside the Brooklyn office of @RepJerryNadler to ask him to sign onto @Ocasio2018’s Select Committee for a #GreenNewDeal pic.twitter.com/Svd9UOGR7Q

"My name is Reem Saliem… I'm in a long-term relationship and would like to think about having children, but like many my age I'm haunted about what kind of future they might have because of climate change if we don't launch a #GreenNewDeal" pic.twitter.com/zKaWag3WYU

The plan has been endorsed by newly- elected democratic socialist Alexandria Ocasio Cortez (D-NY). Dozens of Congress members have signed onto the proposal, including civil rights icon John Lewis (D-GA), who signed on on Monday.

Pelosi responded to the protest, saying:, “I have recommended to my House Democratic colleagues that we reinstate the Select Committee [on Energy Independence and Global Warming] to address the climate crisis,” referring to a committee she created in 2007. But the activists want more. Varshini Prakash told the Real News that Sunrise is demanding a brand new Select Committee that “would actually have the power to draft legislation and build some understanding, put forward big, bold, popular solutions to the climate crisis, so that when 2021 and beyond comes we can actually put some of this legislation into practice.”