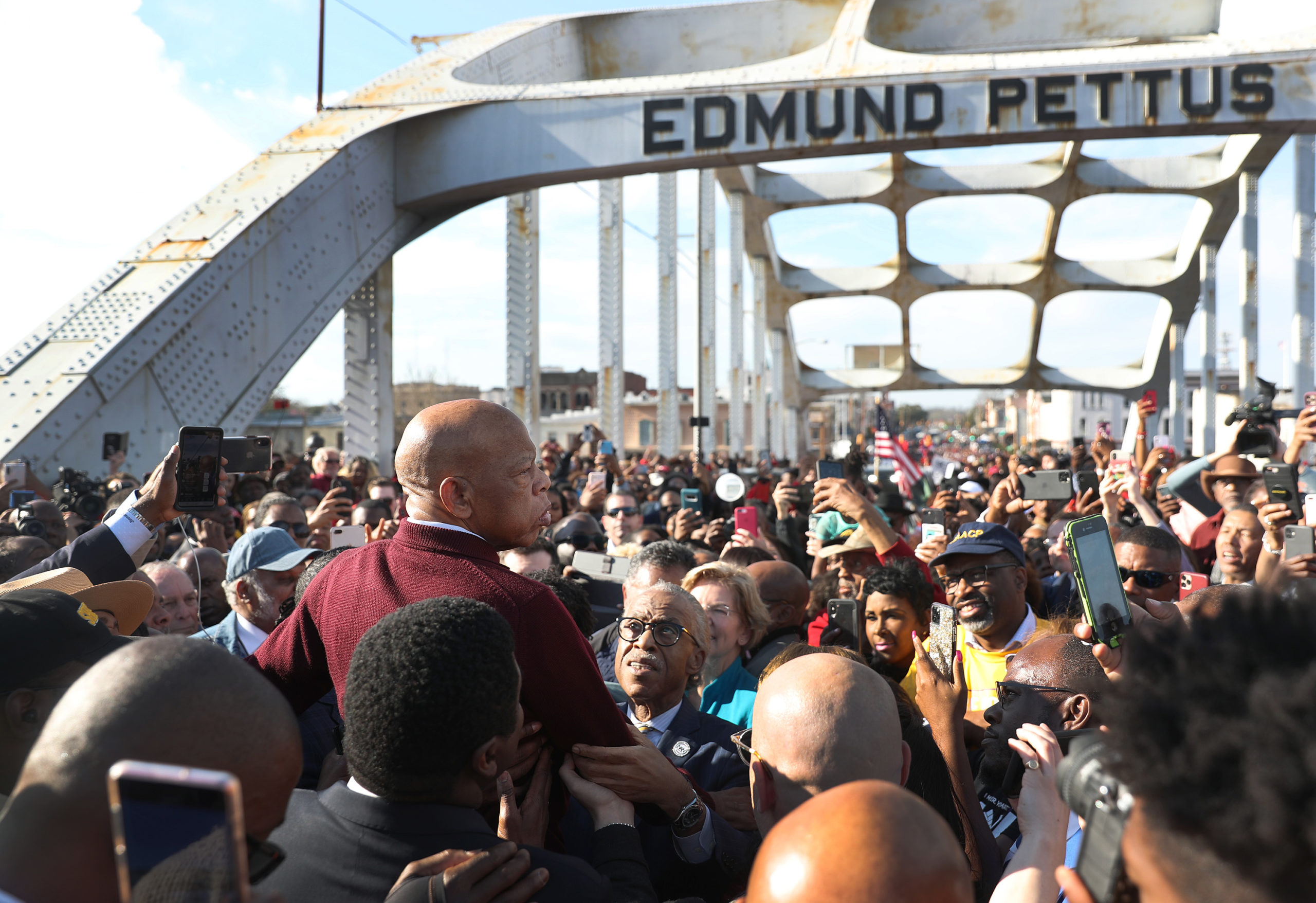 When Former President Bill Clinton spoke at Congressman John Lewis’ funeral last month, he used the occasion to discuss the very real ways that Lewis put his body on the line to make this country better. He noted in his speech that Lewis carried a backpack with him the day of Bloody Sunday—the 1965 Selma, Alabama clash named for a particularly violent attack on protesters by police. Lewis, he said, packed some fruit and a toothbrush and toothpaste.

He figured he’d be arrested.

This would have been a fine enough send off for a man who truly was an American hero. But there was this, too: Clinton discussed the events that helped shape Lewis’ character and cited Lewis’ loss to Kwame Ture for leadership of the Student Non-Violent Coordinating Committee (it should be noted here that Clinton identified Ture by his birth name, Stokely Carmichael, which Ture, inspired by African socialist leaders Kwame Nkrumah and Ahmed Sekou Toure, changed in 1978).

“I say there were two or three years there, where the movement went a little too far towards Stokely,” Clinton said, referring to Ture’s more strident Black Power politics. “But in the end, John Lewis prevailed.”

This line stung many on the left, who have watched the Democratic party as an organization contract, squeezing out diverse and marginalized voices in the wake of Trumpism and another rise in state sanctioned police violence — rather than expand. Especially taken together with another line in Clinton’s speech in which he shouted out Congressman James E. Clyburn for “ending an intrafamily fight within our party,” a reference that seemed to suggest Clinton was thanking Clyburn for endorsing Joe Biden rather than Bernie Sanders.

Kwame Ture died in 1998 but is still apparently living rent-free in at least one former U.S. president’s head. Clinton’s comments show that the fight for Black freedom and safety isn’t solely up against Trump and his Republican party but against Democratic moderates.

Clinton’s comments were relatively small moments in a weeklong celebration of Lewis’ life but they were important. They illustrated a Democratic party that isn’t leading the charge for change, and instead fears and perhaps even resents change.

How far is too far? What leaders will the American people accept and who won’t they? And now, in a time when it feels like many of the civil rights gains that activists fought for with their blood and bones and spirits have been lost, where do we go from here?

Lewis himself ran up against all of this himself when he was selected to speak at the 1963 March on Washington. At 23, he was the youngest speaker at the march and Lewis was chairman of the Student Nonviolent Coordinating Committee (Ture would be elected over Lewis in 1966). According to Lewis’ autobiography, Walking With the Wind: A Memoir of the Movement, the speech he originally wrote for the occasion pissed a bunch of people off: Robert Kennedy, NAACP head Roy Wilkins, march organizer Bayard Rustin, and more. They didn’t like that Lewis skewered calls for patience from America’s Black citizens. They didn’t like that he referred to Black people as “masses” (too scary, I guess?). They were worried that his more strident stance would link their cause with Communism. Lewis writes that he was allowed to speak only after a round of edits to his speech made the very day he was scheduled to speak.

“My friends, let us not forget that we are involved in a serious social revolution.  By and large, American politics is dominated by politicians who build their careers on immoral compromises and ally themselves with open forms of political, economic, and social exploitation,” Lewis said.

On July 19, in Chicago, just two days after Lewis’ death, 18-year-old Miracle Boyd had her front teeth smashed out by a Chicago Police Officer.

It happened at a protest at Grant Park, over a Christopher Columbus Statue. Boyd saw a fellow protester being arrested and started to film the encounter. Another police officer then knocked her phone out of her hand, and the phone hit her in the mouth.

Protesters on the scene of the incident posted images of the teenager all over social media, her face twisted in a grimace of pain, jagged teeth visible, blood splattered on her lips and top.

“There is no way I should have left a protest abused and battered exercising my freedom of speech and freedom to assemble,” Boyd told local news. “I never thought I would have become a victim of the biggest gang in America.”

WE ARE SO FUCKING ANGRY!!! OUR MEMBER MIRACLE WAS BEATEN UP BY THE POLICE TONIGHT AND THEY STOLE HER PHONE!!!
.@chicagosmayor A RECENT CPS GRADUATE WAS ATTACKED BY CPD! SHE DIDNT DO ANYTHING WRONG! THIS IS HOW YOU TREAT BLACK GIRLS!?
Justice for Miracle!!!#DefundCPD pic.twitter.com/F8ZONH5ZWi

What happened to Boyd is happening to activists all over the United States. Videos from Portland, New York City, Atlanta, and Chicago show activists being brutalized by local or federal police organizations. To watch them, one need only pull out their cell phone.

This reality—right now, police are beating protesters in the streets as they beat John Lewis—seemed a million miles away as America went through the process of memorializing Lewis. In fact, some of the lawmakers who have maligned protesters in their own cities, spoke glowingly about the way Lewis put his body on the line to push back against racism in the United States. It’s especially jarring to see this language from Black lawmakers, who should know deeply how police violence hurts the communities they serve.

“I was deeply moved a couple of days ago when his chief of staff Michael Collins shared with me that the Congressman was intently watching the news of Atlanta and proud of the leadership that’s been shown,” Atlanta Mayor Keisha Lance Bottoms said at the Capitol Rotunda. “And so governor, when the good trouble continues, know that it is with the blessings of Congressman Lewis.”

In May, as protesters lit fires in front of CNN’s Atlanta offices to protest both the death of George Floyd and the harmful racist narratives CNN and other news outlets have promoted, Lance Bottoms told protesters to go home: “This is not a protest. This is not in the spirit of Martin Luther King Jr. This is chaos. A protest has purpose. When Dr. King was assassinated we didn’t do this to our city. So if you love this city, this city that has had a legacy of Black mayors and Black police chiefs, and people who care about this city…if you care about this city then go home,” Bottoms said.

Lightfoot delivered a more damning message about the destruction of property that happened there in response to police shooting. She had more to say about storefronts damaged than the violence enacted on Boyd or other protesters: “I do not care, whatever justification was given for this,” she said. “There is no justification for criminal behavior, ever. You have no right to take and destroy the property of others. Our residents deserve to be safe.”

The recent election of Cori Bush, the Ferguson protester who won a seat in Congress last week in Missouri seems, simply by winning the election, to best honor Lewis. Bush’s election is heralded as a win for progressive ideals—the Black single mom unseated establishment Democratic incumbent William Lacy Clay Jr., who had been on the job for over 20 years—but it was also a victory for those looking for elected leaders who like Lewis, understand police violence first hand.

Bush is an activist who says she still carries the pain of Mike Brown’s death with her every day. She remembers being tear gassed by police herself, after the uprising that followed Brown’s death in August of 2014. Many are adding her to a wave of progressive politicians who have recently won seats in Washington, D.C. or are headed there soon: Jamall Bowman, who defeated longtime Democratic politician Rep. Eliot Engel, is another example of this, as are members of The Squad made up of Alexandria Ocasio-Cortez, Illhan Omar, Ayanna Pressley, and Rashida Tlaib. These people all bring what seems to be a fire for change, but also a perspective that comes from being not white, not wealthy, and decidedly working class.

He didn’t have to die. If those in power won’t act, I will—and I’m bringing our community with me.

But they won’t be effective for long if they are worn down and watered down in the ways that the Democratic party has always allowed themselves to be watered down in the past. It was announced today, for example that Ocasio-Cortez will be speaking at the upcoming Democratic National Convention, although there’d been whispers leading up to the announcement that she wouldn’t. None of the other people mentioned above—Bowman, Omar, Pressley, Tlaib—are speaking. These people must be embraced and protected by party leaders not pushed to the side. I should also note here that Ocasio-Cortez will only get to speak for a minute at the upcoming Democratic National Convention next week. Progressive members of the party must have their ideas supported and must be protected from attacks from the right.

It’s more than that. Democratic Presidential nominee Joe Biden, a primary driver of mass incarceration has picked former prosecutor Kamala Harris as his running mate—it is an extremely carceral ticket. If Democratic leaders want to actually honor the legacy of John Lewis, they cannot allow attacks on protesters in the streets to continue. They can’t just try to patch up a broken and dangerous system. They have to link John Lewis’ broken bones to the bones and bodies of people being snatched up and maimed by police officers right now. And so far, they have not. 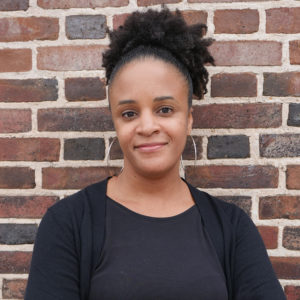 Lisa Snowden-McCray has been working in news for over 15 years. She specializes in reporting on race, policing, and Baltimore City. She is also the editor of Baltimore Beat, a nonprofit news outlet in Baltimore City.