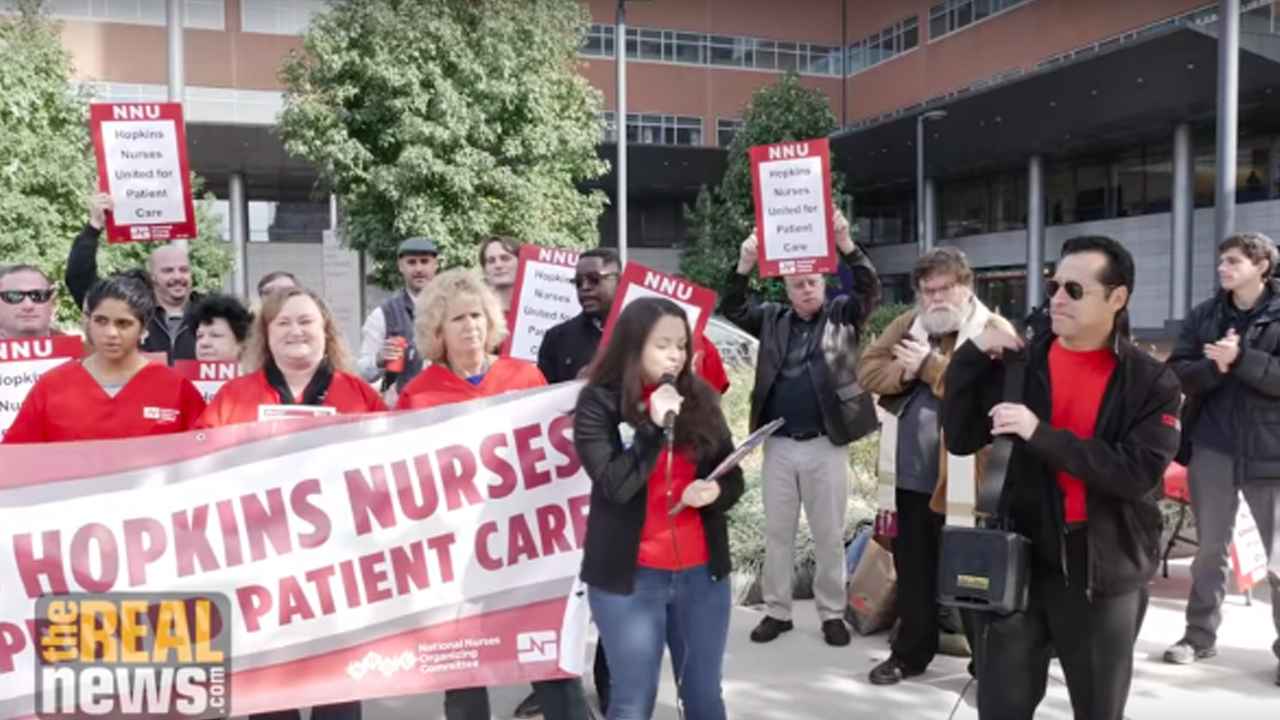 On March 6, The National Labor Relations Board will hold a public hearing to investigate  allegations of unfair labor practices against Baltimore’s Johns Hopkins Hospital. Nurses allege intimidation against their efforts to unionize with National Nurses United. They, along with Hopkins management, will offer testimony before the board makes a determination if any laws were violated.

“By moving this complaint forward the NLRB is sending a message to Johns Hopkins that they cannot disregard nurses’ right to organize.” Kim Henriquez, a Hopkins nurse, said in a press release. “We want Johns Hopkins Hospital to live up to its reputation for quality care. To do that, they must listen to the bedside nurses, and stop wasting millions of dollars on ‘anti union consultants.’”

Hopkins remained confident the outcome will favor them. “This procedural step by the local office of the [NLRB] is the beginning of the process and not a verdict or final determination,” Hopkins spokesperson Kim Hoppe told The Real News in a statement. “We believe the union’s charges lack merit and we stand by our workplace practices.” Hoppe emphasized that “We deeply respect our nurses.”

Some Hopkins nurses launched a union campaign over a year ago, and alleged that their members faced a litany of unfair obstacles to joining a union, including being prohibited from discussing the union, and are being  questioned about union activity.

“As (registered nurses), our power to advocate for quality patient care is greatly enhanced when we have union protection and collective bargaining. If Johns Hopkins Hospital truly cares about patient care they will end this cycle of repeated labor violations and recognize our federally protected rights to speak up for our patients and ourselves,” said Hopkins nurse Pavi Jaisankar in a press release.

Not all Hopkins nurses support the effort. In October, Hopkins nurse Kristina Hoerl, who opposes the union told The Real News “I think the largest number of people who have tried to keep the union out of the break rooms and out of their units is the nurses themselves.”

In late November, nurses held a town hall forum and released a report that argued unionization would improve patient safety and community commitment.

For full disclosure, National Nurses United has donated to The Real News Network in the past; most recently in 2016.