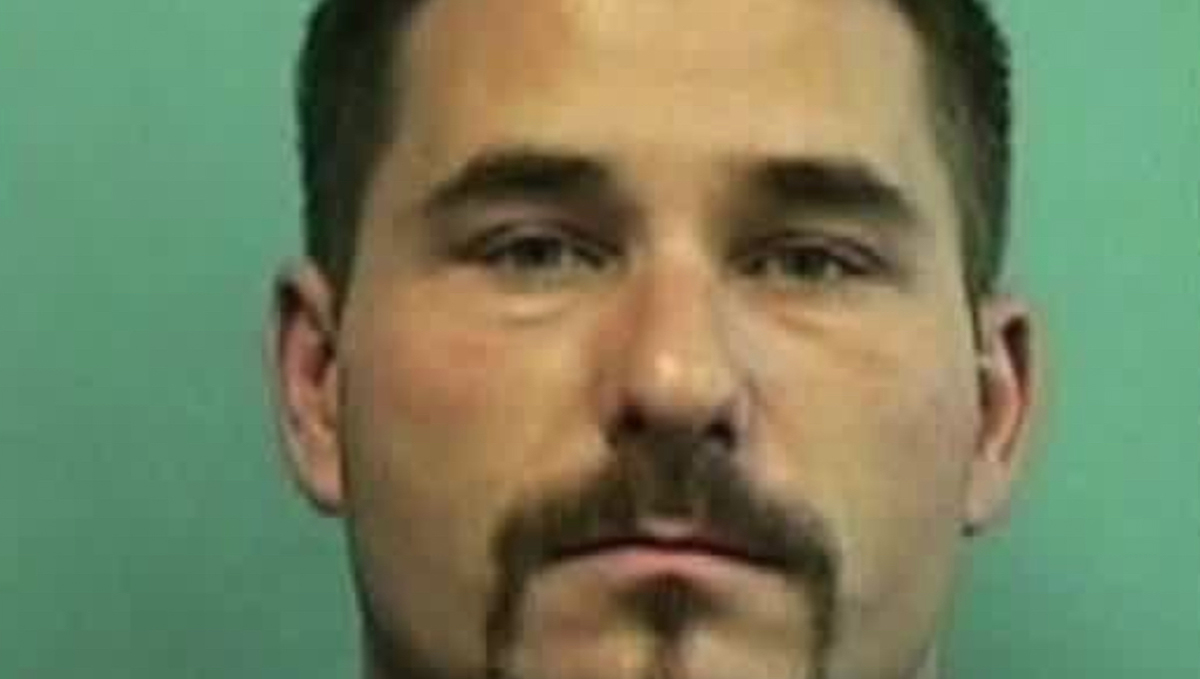 By Brandon Soderberg and Baynard Woods

Thomas Allers, who was the sergeant of the Gun Trace Task Force for three years, was sentenced to 15 years in prison by Judge Catherine Blake in federal court Friday. Allers was the eighth member of the Task Force to be indicted and the first to be sentenced.

Leo Wise, one of the U.S. State’s Attorneys prosecuting GTTF began by declaring Allers “betrayed the people of the city of Baltimore and the Baltimore Police Department,” and stressed that Allers’ role as Sergeant made him a “crucial actor” in robberies he allowed to happen, did not report to superiors, and engaged in with other GTTF members at the time, Jemell Rayam and Momodu Gondo.

“The very real fact that guilty people are going free because of [GTTF] actions,” Wise said of the hundreds of cases that have been dismissed due to GTTF officers lack of credibility. “Violent repeat offenders are going back out on the streets of our city…and it is all because of the actions of these men.”

Wise articulated the GTTF’s M.O. of robbing drug dealers, riffing on famed bank robber Willie Sutton who famously (and apocryphally) said, when asked why he robbed banks, “That’s where the money is.”

“In 21st Century Baltimore, you rob drug dealers because that’s where the money is,” Wise said.

Among the nine robberies Allers plead guilty to was the April 28, 2016 robbery of Davon Robinson for $10,000. As a result of that robbery, Wise said, Robinson was later shot and killed in front of his home, “in front of his child and the women he was living with at the time” because he could not pay a debt to a drug dealer.

Wise also mentioned that Allers’ robberies took place in “the privacy of home” and “not on the street,” which provided further cover and explains why Allers’ crimes were not revealed to the F.B.I. until after the initial indictment due to testimony from Rayam and Gondo.

For much of the morning, Allers, in gray prison garb, shackled, slumped in his seat, and shook his head at any mention of Rayam and Gondo, who Allers’ defense attorney Gary Proctor claimed were the instigators of the crimes which Allers could not control.

The Sgt. Thomas Allers who robbed and stole with other officers was hard to reconcile with the “Tommy” Allers, husband, father, guy who helped everybody out, and musician—as a singer-songwriter, frontman for a rock and country band called Last Call, and previously, an all-cop band named Three Little Pigz.

One of the many letters written to Judge Catherine Blake about Allers was from GTTF’s John Clewell, the only member not to be indicted. He calls Allers “a family man,” and mentions his backyard Tiki Bar, and provided an anecdote where Allers helped an informant, John, “suffering from addiction.”

“When Tom heard John talking about not seeing his father, Tom sprung into action and organized a road trip, on his day off, with John to see John’s father,” Clewell wrote.

Proctor also mentioned Allers’ son Trent’s own battles with drugs and Allers’ alcoholism which they said, was a way he coped with the Post-Traumatic Stress Disorder he endured due to years as a Baltimore Police officer.

Angel Allers, the former sergeant’s wife of 17 years, discussed her stepson Trent (who is alleged in the indictment to have accompanied Allers on a raid-turned-robbery) and how when Allers saw users on the streets of Baltimore they reminded him of his own son.

And even in prison her husband is trying to do the right thing.

“In the facility he is in now, he has broken up fights despite being one of the smallest people in there,” she said to the judge. “He’s still protecting people.”

She regretted encouraging her husband to apply for sergeant—she never had any idea that he would be held responsible for the actions of others, she claimed.

“It was the biggest mistake of my life to push him to be a sergeant,” she said, adding that he had tried to get Rayam and Gondo transferred out of the unit.

In his arguments, Wise countered this idea that Allers, the sergeant, had been corrupted by his subordinate. “The crucial, crucial actor in terms of oversight is the sergeant,” he said. “Unless the structure of these units is radically changed, the risk that a sergeant can take one of these units rogue is going to be there.”

Dozens of family and friends of Allers packed the courtroom, seemingly a testament to how well he was received within his own community even if many in the city of Baltimore felt terrorized by him. Among them, Wayne Lipham, Allers’ next door neighbor for 15 years. He described how the fence that separated their yards had two slats removed so Allers and Lipham could enter one another’s yard. Hanging on the fence was a sign which read, “Wayne’s World 100 Feet.”

“He could’ve got that by going to trial,” Lipham said of Allers’ 15-year sentence. “It’s just hard to figure out how a guy with all those years being a great cop, all of a sudden is working on a task force, tries to get rid of two of the guys, they don’t let him, and the wheels falls off.”

Proctor read from what he called a suicide note found in Allers’ home after he was indicted and his home was searched.

“I was wrong and I don’t know what to do,” the note read in part. “I’m tired of not sleeping.”

When Allers himself addressed Judge Blake, he spoke quietly.

“I never wanted to hurt anybody…I will live with this until the day I die,” he said.

He went on and mentioned how his time in prison had made him closer to “the lord,” and noted, “Everything happens for a reason.”

He ended with a send-off to those criticizing him.

“For everyone that wants to bash me on Facebook, writing me hate mail—God bless ya,” he said.

Blake acknowledged the testimony of his supporters and had read the dozens of letters that had been sent to her. “None of that either caused or excused… the criminal conduct he pleaded guilty to,” she said before announcing his sentence. His supporters in the courtroom erupted into tears.

“He’s selfless,” Nalewajko said. “You threaten to lock up his son, you threaten to seize his wife’s assets and then you threaten him with 38 years and he pleads guilty and an innocent man goes to jail.”

According to Nalewajko, Gondo and Rayam made up the allegations against Allers, including that his son robbed a house with him, and prosecutors forced the charges.

“Gondo and Rayam get locked up right and plant a seed ‘can you testify and give us something that Allers did?,’ he said.

Michael Crutchfield, who said he had known Allers since he was six years-old, expressed the irreconcilable tension between the man described by the indictment and the man they knew.

“He may have gotten caught up and made some bad decisions. But all in all he was a great guy,” he said.

At many sentencings, there are victim impact statements to put a human face on the pain caused by the criminal. Although some family members of the victims were in the courtroom, there was an almost eerie imbalance to the proceedings as Allers was led away in handcuffs and many of those in the courtroom, wandered out sobbing, unable to reconcile the two different Tommy Allers presented in the court.