European banks profiteering from environmental crimes in the Amazon

A recent study found that for years, private European banks based in Switzerland, France, and the Netherlands have provided billions of dollars for the extraction and trade of crude oil from the Ecuadorian Amazon to the U.S., leaving a trail of environmental devastation, violent crimes, and human misery. The environmental cost of this extractive operation is equivalent to the annual emissions from 17 coal-fired power plants, according to the study.

Of the 19 banks assessed, six top-tier European banks were found to be responsible for financing 85% of all crude oil trade from the Amazon. These include European private financial institutions such as Rabobank, Natixis, Credit Suisse, UBS Switzerland, ING Belgium, and BNP Paribas, among others. While financing crude oil extraction and trade, these same banks have stated policies on advancing human rights, sustainability, and climate change.

The study finds the European banks provided trade financing for about $10 billion worth of oil sent from the Ecuadorian Amazon to refineries in the U.S.

Financing from these banks is also tied to the two transnational oil pipelines that ruptured in April despite the warnings of soil erosion that led to the catastrophe. The spill, said to be the worst in 15 years, dumped 15,000 barrels of dirty crude in the Napo and Coca rivers, which provide drinking water, fish, and more to native communities. The Real News has previously reported on this environmental catastrophe.

While the companies OCP Ecuador and PetroEcuador are directly responsible for the recent oil spill, they are enabled by a global system that finances all aspects of extractivism, the report explains. It adds that trade financing from these private lenders enables the global trade of Amazon crude “by building bridges between buyers and sellers that have different needs, risks, time horizons, and incentives.” In addition to providing the credit for getting Amazon oil to U.S. refineries, the banks also provide knowledge and expertise of the supply chains, actors, and liabilities to their clients.

Often the banks are also purchasers of the crude, which enabled researchers to trace these transactions by looking at customs documents, such as bills of landings, which list the banks as consignees. Banks then own the commodity and enable midstream traders to assess their risks and then buy the oil from the banks using the line of credit provided to them. In other words, the crude changed hands without any of these actors ever actually taking physical control of the Amazon crude.

The report identifies Switzerland, host to the majority of these banks, as “a major hub for the global transit trade where commodities trade hands without traders taking physical possession of the freight.” In 2016, the report notes, “one-third of all globally traded oil was bought and sold in Geneva without touching Swiss soil. By 2017, commodities trading made up 3.8% of the Swiss GDP, more than financial services or tourism.”

This European-financed extractive operation has run for over a decade and inflicted irreversible environmental damage on the Amazon Sacred Headwaters region in Ecuador and Peru. The area is home to more than 500,000 Indigenous peoples with over 20 nationalities, including peoples in voluntary isolation. One of most biodiverse ecosystems on the planet, the Sacred Headwaters region is under imminent threat as fossil fuel production expands into this largely intact rainforest.

The revelation that European banks poured billions of dollars into oil extraction and directly contributed to the destruction of the Amazon came as a shock to the Indigenous communities living there. In August, Ecuador’s Indigenous organizations, along with the Amazon-wide Indigenous confederation, called for a moratorium on all forms of crude production in view of the risk of more spills from the ruptured pipelines. But the governments in Ecuador and Peru instead announced expanded drilling operations to boost crude output in an effort to jumpstart the economy.

The trade in Ecuadorian oil has moved forward as well, “with banks such as Natixis, Credit Suisse, UBS, BNP Paribas, Rabobank, ING, and ABN AMRO providing trade finance for Chevron, Phillips 66, Marathon, Valero, and CITGO to buy oil from the Ecuadorian Amazon since March 2020,” the report explains. There are presently no indications these banks are willing to step back from trade financing increasingly linked to undiversified economic development, political corruption, illicit financial flows, environmental damage, and human rights violations.

The Real News approached international financial watchdogs for a response on whether EU laws or regulations require European banks to adhere to the environmental standards that they have committed to in their own policies.

“The short answer is that as far as we know, EU climate laws and regulations don’t play a role in these trades,” wrote Ryan Brightwell, a researcher with Netherland-based BankTrack. “The EU has non-binding commitments to reduce emissions, but these don’t impact emissions generated outside the EU, even where they come as a result of projects financed by EU-based banks.”

According to Brightwell, there are proposals in the works for binding emissions targets for the EU, with a target of net-zero emissions by 2050—but even these would not prevent EU banks from financing these kinds of commodities trades, or even financing new coal mines or coal power plants outside the EU. “The policy moves we are seeing from banks on climate change, including the steady growth of policies excluding finance for new coal, arctic drilling, and tar sands, are not being driven by legislation but largely by public pressure. Of course, there’s a need for these policies to go much further, and exclude all finance for any new fossil fuel extraction,” Brightwell said.

Angeline Robertson, lead investigative researcher with the Stand.earth Research Group, which put together the study, identified China is the major buyer of Ecuadorian crude oil from the Amazon, but the U.S. refineries, particularly Californian ones, as the major consumers. “How does the oil flow from Ecuador to China to the U.S.? We see in the data that some of the crude is traded directly from Ecuador to Chinese firms to U.S. oil companies. But a lot of it is purchased by midstream traders who then sell it on to U.S. refineries with the trade financing support of major banks.”

Robertson also laid out the serious stakes of the report’s findings.

“The concern is that banks are involved in the destruction of the Amazon Rainforest through their trade financing,” Robertson said. “And also, that the supply chain is set up so that China, midstream traders, and banks profit while Ecuador sells its oil for less than market value. If commodity revenues from oil are being shifted away from Ecuador, Ecuador may become more indebted and less diversified economically, leading to higher rates of poverty and risk of economic collapse.” 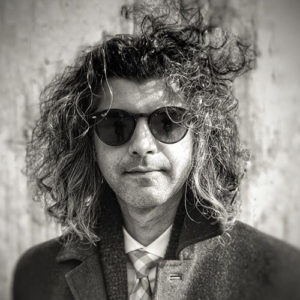