Welcome back to TRNN’s Climate Crisis News Roundup. There’s probably no need to say it, but this week was no ordinary one. The coronavirus pandemic has already made day-to-day life far different than it was just a week ago. In the coming weeks, this column will increasingly focus on the intersection between COVID-19 and the climate crisis. If you have a story you think deserves to show up here, get in touch with me at [email protected] You can read last week’s edition here.

Still, climate advocates expected the report’s release to show where mainstream congressional Democrats stood on the climate crisis going into the 2020 election cycle. Has the climate movement made a dent in the debate? It may be a while until we find out the answer to that question.

“For the past year, our Select Committee has been working on a congressional action plan to solve the climate crisis. We’ve met with more than 1,000 stakeholders, reviewed more than 700 detailed responses to our request for information, and were planning to release our comprehensive climate policy recommendations at the end of March,” said Select Committee Chairwoman U.S. Rep. Kathy Castor (D-FL) in a press release. “However, as Congress focuses on the important mission of protecting Americans from the threat posed by the COVID-19 pandemic, we have decided today to postpone the release of our climate action plan.”

The U.S. Department of State has issued a level four warning against air travel abroad, a category usually reserved for travel into war zones. It is essentially a ban, and a similar paradigm could be in place for domestic travel soon, CNN has reported. CNN’s story goes on to say that domestic air travel has ground to a “virtual shutdown” already as the country moves into an era of “social distancing.”

This has led to panic in the aviation industry, which seeks a $58 billion bailout from the federal government to compensate for its almost certain upcoming financial loss. The amount is three times what the industry received after 9/11. The group Aviation for America is leading the lobbying charge for the bailout, whose member companies include American Airlines, United, Delta, UPS, FedEx and others. Airports are also seeking a $10 billion bailout from the federal government.

So, what makes this a climate story?

The aviation sector is one of the top emitters of greenhouse gases, currently 2.5% of the global portfolio. Its emissions are expected to grow 700% by the year 2050. If the aviation sector were a country, it would be one of the top ten greenhouse gas emitters. Reuters reports that the aviation industry uses about 8 million barrels of jet fuel a day, but that average has dropped about 20%, and manufacturers are looking for storage for the excess fuel. One current less-than-ideal solution for BP and Shell is to hold the surplus on offshore tankers for up to 120 days, but its relatively short shelf life means the industry might soon be rushing to store billions of barrels of rapidly degrading jet fuel.

Eight Democratic senators, including Sens. Sheldon Whitehouse (D-RI), Ed Markey (D-MA), and Cory Booker (D-NJ), wrote in a March 18 letter that the industry should not get any federal dollars unless it’s contingent on a commitment to cut down on emissions.

“Given the poor environmental records of some of the companies … we believe that any such financial assistance should be paired with requirements that companies act in a more responsible fashion,” they wrote. “Requiring reduction in carbon emissions would represent a major step in curbing our nation’s greenhouse gas emissions.”

Yet Whitehouse has said on Twitter that one tool the industry should use to cut down on those emissions is carbon offsets. “Carbon offsets should be a condition for any such bailouts,” he tweeted. “Airlines that want public support should live public values.”

Carbon offsets should be a condition for any such bailouts.

Climate justice groups have called offsets, which allow a business-as-usual level of emissions to continue as long as they are ‘offset’ through other levers, a false solution. And they wrote in a letter that any aviation sector deal that includes such offsets would be unacceptable.

“Congress must cap total lifecycle greenhouse gas emissions from the U.S. airline fleets at 2020 levels, and overall emissions must fall at least 20% per decade thereafter,” reads the letter, now signed by over 200 groups. “These emission reduction targets must be absolute, and not employ dubious accounting mechanisms such as offsets.”

The 2020 level is key. A new report by the Airports Council International North America concludes that due to the coronavirus, “passenger traffic is forecast to drop by 49 percent, or 222 million enplanements in the first half of 2020,” The Washington Post reported. This means reduced emissions. The greatly reduced traffic level will create a much more difficult emissions target to hit, and the industry will almost assuredly fight it.

Despite President Trump’s initial words of support, it appears the government will only provide airlines $50 billion as loans, not grants. In response, Aviation for America wrote a letter to the Trump administration and congressional leadership asking for “grants, unsecured loans and limited tax measures,” saying “the survival of our industry depends on it.”

In the United States, transit usage was down 60% on March 19 compared to 2019, and down 40% in Baltimore, where TRNN is headquartered. In San Diego, where this writer is from, it’s down 69.5%. New York City’s subway ridership is down 66%. The San Francisco Bay Area’s is down 86%, with the city under an enforced stay at home order. This is all according to data collected by the Transit App.

Lost ridership means lost revenue, so public transit is another industry asking for federal dollars. The American Public Transportation Association seeks $12.88 billion in federal money to recoup its losses. The advocacy group Transportation for America agrees with this figure.

“Public transit agencies provide essential mobility to millions of Americans. For many people, transit service is the only way to access a doctor, pharmacy, job (including health care jobs), or childcare,” the group wrote in a letter co-signed by 220 elected officials, transit agencies, and organizations. “This is especially true for many low-income people, communities of color, and people with significant cognitive and physical disabilities that rely on door-to-door paratransit service provided by local transit authorities. It is also true for people who cannot afford to own a car, and seniors, youth, and others who cannot operate a vehicle.”

Amtrak may get $500 million from the federal government, as well. Their request comes as Transportation for America releases a report calling for a Green New Deal for suburban transportation to beef up the country’s mass transit system.

“We can use the transportation sector as a strategic lever toward a Green New Deal by tackling our highest sources of carbon emissions, putting millions of people to work upgrading and repairing existing infrastructure rather than building new roads,” Transportation for America wrote in a blog post. “Bringing our road and transit systems into a state of good repair over the next 10 years could support or create over 6.6 million jobs across the U.S. economy.”

The group also released a report on March 5 titled “The Congestion Con: How More Lanes and More Money Equals More Traffic.” The report says expanding the nation’s interstate highway system doesn’t reduce highway congestion, and leads to even more traffic over time. Right now that traffic causes 28.9% of all emissions in the United States, according to U.S. Environmental Protection Agency data.

As the coronavirus spreads and the United States economy spirals into a recession, climate advocates have said that the only way out of the crisis—and out of the ongoing climate crisis—will be a Green New Deal.

China, the first country to be hit hard by COVID-19 and suffer economically as a result, appears to be taking the opposite approach, pumping money into building gas pipelines, oil refineries, and other heavy industry. The country is also considering easing automobile emissions regulations.

Select Committee on the Climate Crisis Chairwoman Castor, in a March 20 letter addressed to House leadership, wrote that this moment of crisis should not be used to boost the fortunes of the fossil fuel industry, saying “investing in public transit and electric vehicles would create new jobs and reduce carbon pollution from the transportation sector.”

“We must strongly oppose misguided or surreptitious attempts to boost polluters at the expense of the public health,” she wrote. “Instead, we should look for solutions that can also move us toward a clean energy economy and to a healthier, stronger and more just America.”

That’s it for this week. Stay safe out there, and if you can, stay at home. Thank you for reading and please come back next week for another edition of the Climate Crisis News Roundup. 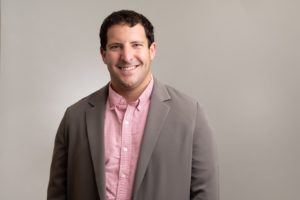