As City Stops Sewage From Flowing into Harbor, Residents’ Basements Fill With Crap 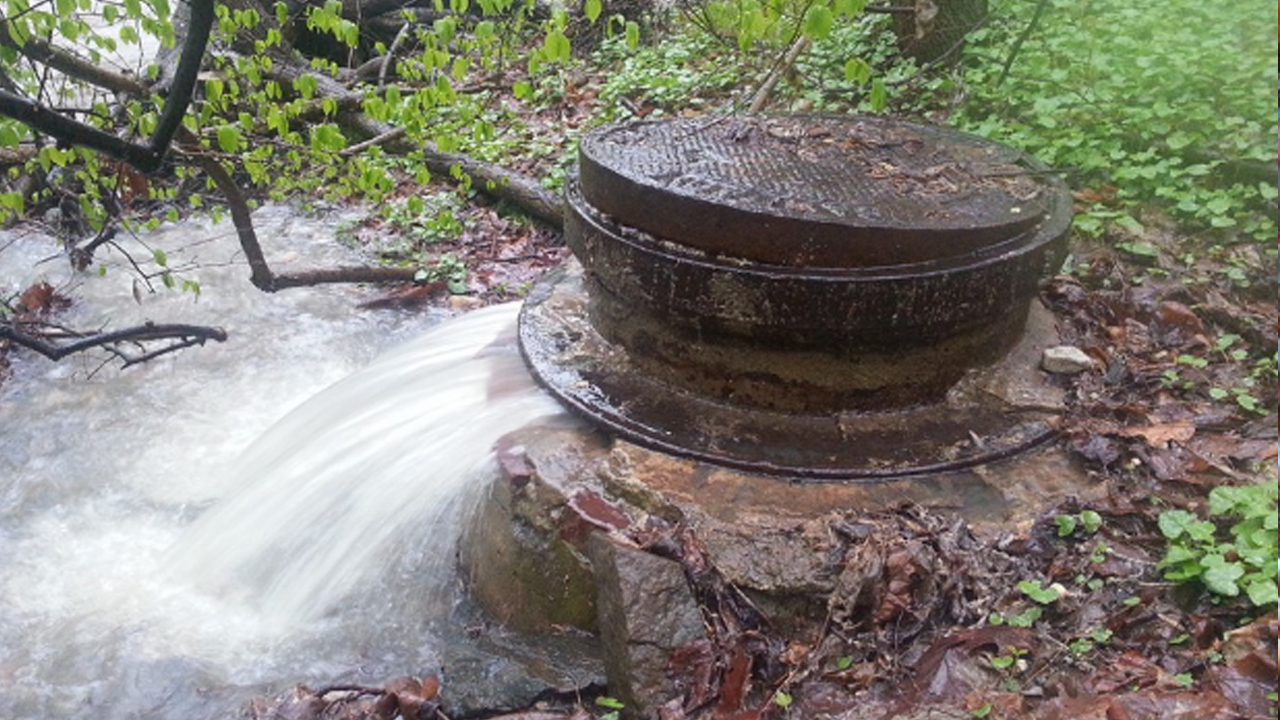 When it rains in Baltimore, millions of gallons of sewage overflows into streets and waterways, flooding neighborhoods, streams, and eventually the Inner Harbor and the Jones Falls with hazardous waste. Soon, residents will be able to see when and where those overflows are happening in real time thanks to a new interactive map from the Department of Public Works (DPW). They hope the map will help people avoid health risks and keep track of the city’s progress on repairs.

The project was revealed on Jan. 22 at DPW’s second annual public meeting on the city’s Sanitary Sewage Consent Decree with the U.S. Environmental Protection Agency, an agreement which legally requires Baltimore to repair its sewage infrastructure.

The map is updated in real time as DPW reports the overflows to the Maryland Department of the Environment. It will soon be publicly available on DPW’s website. 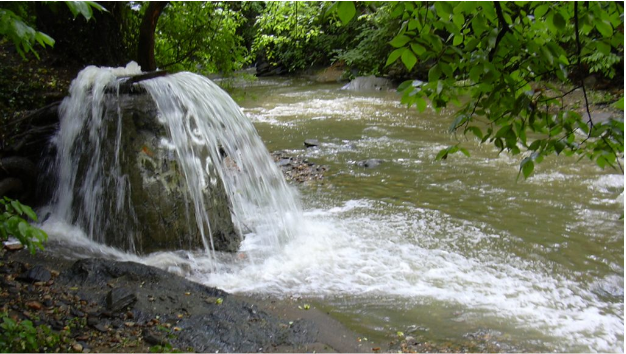 “Where [the overflow] occurred, what water body it’s discharging to, what the estimated flows are—all of that information will be available to you,” said Paul DeSantis, DPW’s Chief of Legal and Regulatory Affairs.

DeSantis went on to discuss the city’s plans to stop sewage from overflowing. He gave an update on the HeadWorks project—a plan to eliminate the majority of the city’s sewage outfalls by 2021—and detailed ways DPW is attempting to be more transparent and efficient.

Increasing transparency by including holding annual public meetings and making records publicly available is part of the consent decree’s mandate, he said.

The majority of the city’s sewage system is over 50 years old, and parts of it are over a century old. It was designed to allow excess raw sewage to flow directly into waterways. This is not just revolting, but dangerous: up to 400 times the safe level for Enterococcus bacteria has been found in the Inner Harbor. 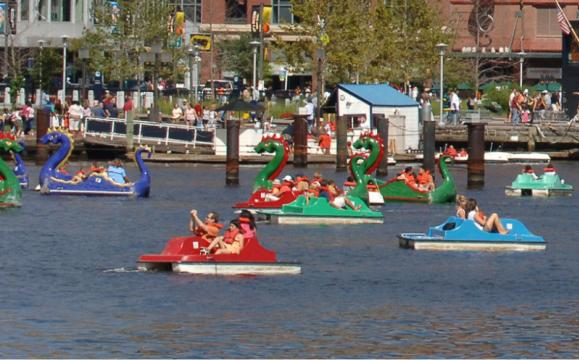 “Obviously that is not how we would design the system today,” said DeSantis.

In 2002, the federal government sued the city of Baltimore for being out of compliance with the Clean Water Act. Under consent decree from the Environmental Protection Agency, the city agreed to repair its aging sewage system, eliminating these intentional overflows and ensuring wastewater is treated efficiently.

In 2015, Baltimore failed to meet a consent decree-mandated deadline, completing just half of the work required. DeSantis says the city was not able to comply with the deadline because they found a large blockage at Back River Wastewater Treatment Plant.

The EPA agreed to extend the consent decree until 2030.

As the city closes the relief valves that let sewage pour into waterways, another problem has cropped up: basement backups. The system’s sanitary sewage outfalls were designed to relieve pressure from the system. As the city closes them, the sewage sometimes has nowhere to go but into people’s homes.

Basement backups aren’t a new problem in Baltimore, but since the consent decree was signed, it’s gotten worse.

“Closing those sanitary sewer outfalls is a requirement of the consent decree, but when the city started doing that, the number of homes with sewage backups each year increased from 622 reported backups in 2004, to nearly 5,000 in 2015,” said Jennifer Kunze, Maryland Organizer with Clean Water Action.

DeSantis says DPW is working on the problem. He says Baltimore saw fewer backups in 2018 than the previous year, even though 2018 was the city’s wettest year on record. Still, thousands struggled with the issue.

Kim Anderson, a resident of Baltimore’s Grove Park neighborhood, has experienced multiple sewage backups since she bought her home three years ago.

Anderson’s homeowners insurance covered the thousands of dollars she was forced to spend on cleanup, but many don’t have such coverage. So last year, DPW set up a $2 million reimbursement fund for damages caused by backups—but only for those who call 311 to report the backup within 24 hours, and only if DPW deems them the result of pipes’ inability to handle rain. It does not cover backups caused by blockage from oils, “flushable” wipes, condoms, or other debris.

“I think we’ve probably had fewer applications than we expected,” said Brent Clemmens, DPW Assistant Council. “But we’re paying out on a bunch of them, so I think it’s going well so far.”

But only 10 of the 67 applications that have been processed were deemed eligible for the Expedited Reimbursement Program. The remainder were denied because they weren’t reported within 24 hours (four of the backups occured before the program began), or because DPW determined they were not the result of heavy rains.

“16 were cases that involved roots, rocks, grease, rags, or other debris in the line, including the house connection,” said Kurt Kocher, spokesman for DPW.

Clean Water Action’s Kunze fears the reimbursement program’s restrictions could disqualify many or even most people who experience basement backups.

“Whether the backup is caused by a maintenance issue or a capacity issue, the impact on someone who walks downstairs to find raw sewage flooding their basement is the same,” she said.  “And the two aren’t mutually exclusive: smaller pipes are more likely to get clogged by debris, and the combination of debris and rainwater might cause a backup that rainwater alone would not have created.”

She says residents are forced to bear an unfair burden. “If someone’s basement backup was caused by a blockage in the system, even if the blockage was in city-owned pipes and not the fault of that person, they are not eligible for expedited reimbursement.”

Eligible applicants can receive up to $2500 from the reimbursement fund for disinfection and cleanup, but Anderson said that doesn’t seem like enough. “I’ve paid $6500 for cleanup,” she said.

“The program also only covers costs for cleaning and disinfecting after a basement backup, not property damage or loss,” said Kunze. “But the cost of replacing property can be far higher, especially if a furnace or hot water heater was damaged.”

Dottie Conaway, a resident of West Arlington who has also experienced multiple backups, has seen this first hand. “We had to tear up the floor, the walls, in removing all of this stuff… [the cleaning crew] were putting these huge fans down there to try to dry out the walls, and after, they used the bleach to get up the feces. And the smell wouldn’t go.” She says the cleaning process cost at least $5000.

Then, she had to get new furniture and even have new floors installed. “And that’s considered replacement, I guess, but we had to do all that as part of cleaning, just for our health. There was mold in there.” Conaway’s homeowners insurance covered some of the damages, but not the whole cost.

DeSantis said the city has other ways to compensate people for those costs. “People are more than welcome to file a general liability claim with the law department,” he said. “So there’s another means to recompense somebody for lost property and all those other things.”

But Conaway says that process can be slow. “I think that would be too much hassle, and I think that’s why most people won’t deal with that,” she said. “Most of my neighbors who have backups aren’t even reporting them! Then to have to file something else?”

Kunze says there is another option. “Expanding the Expedited Reimbursement Program to cover property loss and damages above $2,500 would do more to help more people,” she said.

These repairs and replacements will eventually cost city ratepayers $2 billion. To raise this revenue, the city has imposed a series of water and sewage rate hikes. The price of water in Baltimore has quadrupled since 2000.

“We just saw another hike, I believe last year,” said Anderson. “It seems a little unfair for residents to have to pay for this.”

Another, which will increase water and sewage costs by another 30% over the next three years, was approved last month. By summer 2019, bills will have increased by more than 100% in seven years.

“I’m having backups and I’m paying more,” she said.

On Jan. 23, weeks after the most recent rate hike was approved, the city announced that they will commission an independent review of its water billing system, a move councilmembers and water affordability advocates called for weeks ago.

“DPW is attempting to make strides towards transparency, but it’s not enough,” said Rianna Eckel, an organizer with Food and Water Watch. “If they want to rebuild trust with Baltimoreans they need to be transparent before they make decisions that are going to be financially burdensome for so many people.”

Clean Water Action’s Kunze says these rate hikes only increase the need for DPW to expand their reimbursement program. “With water rates rising, it’s all the more important that when someone has sewage back up into their basement, they can get the help they need,” she said.

She suggested that DPW make another interactive map. Instead of showing outfalls into streets and waterways, this one could sewage backups to show where they’re occurring and what caused them. “There’s information about basement backups in the city’s Quarterly Reports, but it’s more difficult to interpret than the interactive map of [sewage overflows],” she said. “The more the public could see online about basement backups, the better we could understand the problem.”

Conaway says the city could do more to let residents know about the program, too.“That’s a great idea, a backup map,” she said. “But how are you going to map them when people aren’t reporting stuff? People don’t report stuff. People just think, I’ll call a plumber. Who knows to call 311?”