Bernie Is Not a Wind Sock 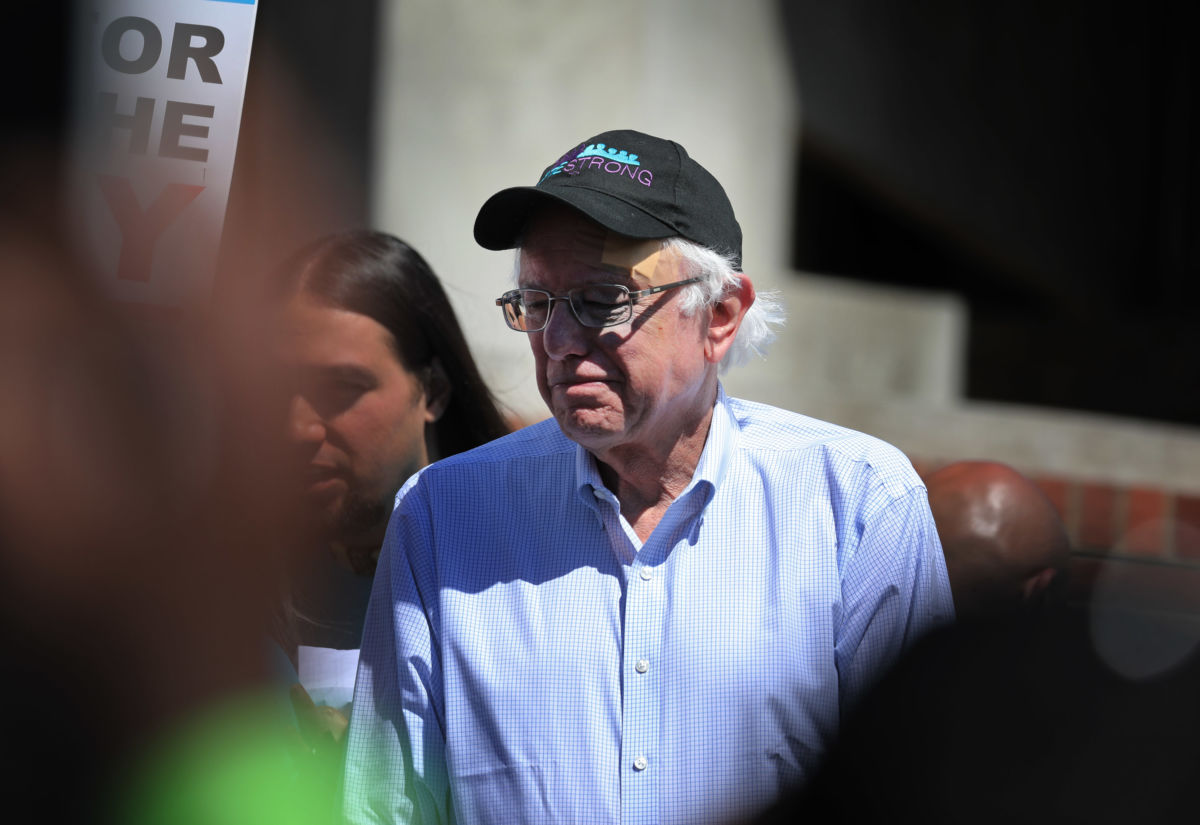 Bernie Sanders wrapped up a weekend campaign swing through California with a Sunday afternoon speech to 16,000 of us a few miles from the Golden Gate Bridge. News coverage seemed unlikely to convey much about the event. The multiracial crowd reflected the latest polling that shows great diversity of support for Bernie, contrary to corporate media spin. High energy for basic social change was in the air.

Speaking from the podium, Bernie 2020 co-chair Nina Turner asked and answered a question about the campaign: “What’s love got to do with it? Everything.”

Those words made me think of a little-known statement by Martin Luther King Jr., as vitally true in 2019 as in 1967. “Now, we got to get this thing right,” he said. “What is needed is a realization that power without love is reckless and abusive, and that love without power is sentimental and anemic. Power at its best is love implementing the demands of justice, and justice at its best is love correcting everything that stands against love.”

And so, Dr. King was saying, love and power need each other. Just one or the other just won’t do. Combining the two is essential. That’s a way to understand what Turner said at the rally in San Francisco: “This is a moment of transcendence.”

The Sanders campaign is a nationwide struggle for the kind of power that Dr. King extolled as “love implementing the demands of justice.” In his words, “Power properly understood is nothing but the ability to achieve purpose.”

The Sanders campaign is a political opportunity unlike any we’ve seen in our lifetimes. With profound purpose, it raises the stakes to fit the magnitude of what is at stake; it challenges in national electoral terms the kind of destructive domination that has ruled with dispiriting and deadly results. “We’re going to have to fight Wall Street, neoliberals, those who don’t want the change to come,” Turner said.

Alone among the candidates for the 2020 Democratic presidential nomination, Bernie Sanders has always been part of progressive movements. The only way that the campaign can overcome corporate media, Wall Street and other power centers of the establishment will be with massive bottom-up mobilization in communities across the country. As Bernie said on Sunday, “We are going to put together an unprecedented grassroots campaign.”

A current media meme — ignoring the importance of Bernie’s longstanding record — assumes that he is likely to lose many votes to other candidates who’ve recently endorsed his 2016 campaign proposals.

But it matters greatly that Bernie has unique credibility as someone who has been part of progressive social movements during the last several decades — and who hasn’t waited for opinions to become fashionable before expressing them.

“It’s hard not to be a bit wary of people who know how the wind is blowing and now are blowing with it,” I told a San Francisco Chronicle reporter who quoted me in an article that appeared hours before the rally. “Bernie is part of movements that create the wind. Bernie is not a wind sock.”

For decades, Bernie has been tirelessly advocating for Medicare for All single-payer healthcare. In the last few years or months, some of his opponents have come around to voice often-equivocal support. The credibility of commitment is vastly different. When Sanders declared for the umpteenth time at the San Francisco rally that “healthcare is a human right,” no one could doubt that he really meant it.

Similarly, Bernie has long been calling for drastic new policies to push back against climate change. He voiced concerns about a warming planet as early as the 1980s.

Overall, a vast number of issues fall under a clear approach that Bernie has long stated, as he did on Sunday: “We say no to oligarchy, yes to democracy.”

Bernie’s speech in San Francisco included clarity on some issues that has become sharper than ever, as in his denunciations of the prison-industrial complex, the cruel injustice of cash bail and systemic racism. And at last, as a presidential candidate, he is calling out by name “the military-industrial complex.”

Declaring that he aims for a presidency to challenge the bloated military budget, Bernie said: “We are not going to invest in never-ending wars.” It was a statement that caused some of the loudest cheering of the afternoon, along with chants of “No more wars!” As those chants subsided, he said: “I know it’s not easy, but our job is to lead the world away from war and invest in human needs.”

Bernie called for breaking up the big banks. And he addressed the power of the pharmaceutical and insurance industries: “When we talk about lowering prescription drug costs and moving to Medicare for All, we have got to recognize, we have a battle in front of us. These guys will spend endless amounts of money. Will you stand with me and take on the drug companies and the insurance companies?”

When Bernie finished his speech, a woman stepped to the microphone with a guitar and began to play some familiar chords. Bernie returned to the mic to quickly say: “This is Sarah Guthrie, granddaughter of Woody Guthrie.”

And she began to sing:

Moments later, Sarah Guthrie sang a version of a verse that has been rarely heard:

There was a great high wall

That tried to stop me

And on the wall said “No Trespassing”

But on the other side

It didn’t say nothing

That side was made for you and me

Oh nobody living could ever stop us

As we go walking on freedom highway

Nobody living can make us turn back

This land was made for you and me

Norman Solomon is cofounder and national coordinator of RootsAction.org. He was a Bernie Sanders delegate from California to the 2016 Democratic National Convention and is currently a coordinator of the relaunched Bernie Delegates Network. Solomon is the author of a dozen books include War Made Easy: How Presidents and Pundits Keep Spinning Us to Death.