MARC STEINER: Welcome to The Real News. I’m Marc Steiner, great to have you with us.

And I’m here with Eddie Conway, who is Executive Producer here at Real News and host of Rattling the Bars. Eddie, glad you’re here in the studio with us.

And it looks as if the United States Senate, in a bipartisan move, is about to pass a criminal justice reform act called The First Step Act. Now, Trump campaigned on being tough on crime, as he said, mocking the notion of not abusing people who are arrested and more.

DONALD TRUMP: It will provide new incentives for low risk inmates to learn the skills they need to find employment, avoid old habits and follow the law when they’re released from prison. In many respects, we’re getting very much tougher on the truly bad criminals of which, unfortunately, there are many, but we’re treating people differently for different crimes.

MARC STEINER: But do we have a new Trump, and are conservatives now for criminal justice reform all of a sudden? So what does it mean when the Koch brothers and their organization, Right on Crime, are united with the American Civil Liberties Union to support this bill? It does change mandatory minimum to an extent, and all those procedures, it improves the good credit time people get to an extent, though there’s some racial issues in terms of racial and class bias, releasing more people sooner in federal prisons may happen. But conservatives want to tighten this so people who commit what we call “violent” acts are excluded, along with child abusers and people who sold any amount of heroin to fentanyl.

As I said, Real News Executive Producer Eddie Conway is here, along with Dr. Natasha Pratt-Harris, who’s the Criminal Justice Coordinator at Morgan State University, and Aajah Harris, who is SGA President at the University of Maryland Eastern Shore. And welcome to The Real News both of you, all of you. Good to have you here.

MARC STEINER: So Natasha, let me just start with you. What do you think politically is happening here? All these years you’ve been in the middle of this issue, and we see now, out of nowhere, that we have this first step back, and we’ll talk a little bit later about the people who are opposed to this, surprisingly, as not being enough, but what’s your analysis of this?

NATASHA PRATT-HARRIS: Well basically, you have what I call like a checklist of items that people in power or who are political leaders are responsible for. So they say, oh check on taxes, check on any number of things health care, check on, oh now let’s address criminal justice issues. Right now, criminal justice reform is very popular. During the Nixon era, it was about getting tough and the War on Drugs, which we know means something more than the war on just drugs. Under Reagan, you had Say No to Drugs and the campaign where you actually had a full-fledged war on drugs. Under Bill Clinton, you had the Crime Control Act of 1994, and that was a checklist item.

Then you had the realities of the second Bush, who decided that we needed a Second Chance Act of 2007 because we need faith-based organizations to do their part in assessing what happens with people who’ve been incarcerated, or actually offering assistance to those folks and changing the way we do criminal justice work, which kind of started from the get tough policies of prior years, the first Bush, Reagan and so forth. And then you have President Obama, who came in with his reforms, and part of his administration. And now you have Trump, who’s just following suit on what the previous presidents had been engaged in. This is politics as usual. It’s going to be popular because criminal justice reform is a popular thing right now. Many people are using language that they didn’t even know existed ten, fifteen years ago, maybe even five years ago. So this is just a part of the norm in terms of the check box items. But in the popular world, it is exciting. Oh wow, Trump is doing this exciting new thing.

MARC STEINER: So this to me, in some ways, Eddie, is there are clearly positive things about this bill. I mean, people are forced to do something and say something, whether it’s realistic or not, being forced into this issue. But one of the things, I mean the critics are saying this is supposed to affect mass incarceration. The reality is it has nothing to do with sentencing, the people have been battling to change sentencing guidelines at the federal level, that hasn’t changed. So what do you think the real import of this will be?

EDDIE CONWAY: Well, as I mentioned earlier, I think, and I’ll go back to Malcolm X’s statement. We’re being tricked, hoodwinked and bamboozled. This is just an occurrence of fixing the criminal justice system because of the amount of attention that Michelle Alexander’s book focused on that, because of the standing of America’s prison system in the world, the largest prison population for any nation in the world. So lawmakers want to–it’s putting lipstick on a pig, if I could do that. And the amount of reforms that’s in this particular bill is so minute that it doesn’t even show up on the statistical chart. In the final analysis, if this bill was to pass, it would affect about a total of 6000 people. The reality is, if the bill passes, it’s going to incarcerate people longer, but it’s also going to spread the prison industrial complex out into the community by using electronic monitors and other kinds of things. And so, the system won’t be housing that many people inside the walls, but it will be turning the community into prison itself in poor and Black communities.

MARC STEINER: So I want to explore that a bit. That has not been part the official critique, which has more to do with sentencing, but there are things at the beginning and the end of this in terms of how we deal with criminal justice I want to get to. But I’m curious, Aajah, as somebody who is working on this on campus, I mean, how does this initially affect you in your thinking in terms of what they’re trying to do? What do you think is missing here?

AAJAH HARRIS: I find it quite interesting that I, in the classroom, haven’t heard about this particular bill or act, so it’s very new to me. I mean, I do think that it’s–I also agree with what he says, it’s like a trick. No one ever wants to agree with a bill that positively affects the people who it need to affect, but it always is a bill that goes in favor of the, almost in line with that theory like the haves and have nots. It always goes in favor of someone who has things and not in the favor of the people who don’t have things. So I think that when creating bills or legislations in general, the government should be in favor of everyone, but most importantly the have nots because the have nots kind of overpower those who have.

MARC STEINER: One of the things about the bill, internally, before we talk about the other two extremes in this bill, what happens before people are sent to prison and how the sentencing happens and what happens when they’re out, which is what Eddie just raised, which was going to raise earlier. One of the critiques here, and I think it’s interesting to talk about this. We’re doing more and more with algorithms in terms of determining what we should do with society, taking the human element out, just an allegedly objective look at the world. One of the things here about this bill is that, apparently, if you have a record, a continuing record of crime, of criminal activity, of being arrested and convicted, that goes into this algorithm that may make you not eligible for all the reforms. And part of the argument, Natasha, here that people are making against this is that that will affect Black and brown people and poor people in an adverse way, more than the other people who may have been kingpins and more and can get out because they’ve never been busted before.

NATASHA PRATT-HARRIS: Definitely. Again, there’s a lot of lip service to just about everything we’ve done in our society regarding criminal justice issues, especially when the reality is People of Color had been disparately impacted by a get tough policy or otherwise. Even when we had a system where Black folks weren’t just disproportionately represented, Black people were impacted in a way that other folks or persons who are the haves, like Aajah shared, aren’t necessarily affected. Quite frankly, you can have these algorithms, but it’s truly about who’s in place and how people respond to the messenger group behind this particular thing. So one of the analogies I consider is if you are a Lakers fan and LeBron is playing for the Lakers at that time and you’re good with what he’s doing on the court, then you’re good with this process. But if you are a Cleveland fan and LeBron is no longer with Cleveland, then you definitely are saying there’s something wrong. But it’s the same game.

And we just hit the tip of the iceberg here. And the rest that has to do with what happens with people who are sentenced and what kind of sentencing goes on and how that’s not being reformed in this, as well as the larger issue, in some ways, what happens when you get out? Let’s say you’re let out and you’re given early release. Are you really free? Well, the segments coming up are going to track and talk about all of that, so join us. 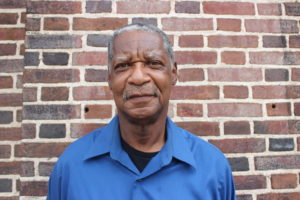