Kimberly Haven, Reproductive Justice Inside Coalition Director, talks about the horror stories from pregnant women in prisons that were originally designed for men. Haven talks about what needs to change to protect women and their unborn children that will eventually come home to the community.

KIMBERLY HAVEN, REPRODUCTIVE JUSTICE INSIDE DIRECTOR: If a woman has had the baby, if we could allow her to pump on her own schedule, make sure she had all the supplies that she needed, make sure that there was a way that that breast milk could be picked up from the institution and delivered to the caregiver of that child, the amount of emotional stress that the woman is going through would be alleviated. She’s going to do her time better. She’s going to do her time in a much more healthy way.

We’re setting people up to be successful. Somebody broke the law. Fine. People break the law all day long. It’s free will. It is kind of what it is, and we will never abolish prisons for just that reason. What we do to and for, and what we don’t do with the people that we incarcerate, is what comes back to our community. And people always think it’s real easy to think, “Well, he’s going to go to prison. We don’t have to think about him.” Well yeah, you do because 95 percent of the people that we incarcerate come home. And again, what we do and what we don’t do, is what comes home to our communities.

So would it not make more sense to empower a woman, for instance, to be able to provide the best care that she can have given the fact that she’s incarcerated? Give her all the tools that she needs so that she can come home, be a better parent, be a better contributing member of the community, and maintain that bond with her child and her family and her caregiver. That is going to lead to lower recidivism rates. That’s what’s going to lead to healthier outcomes for the mom and for the baby. That is why we need to be concerned about this, and that is why we work so hard at RJI to talk about these policies, to talk about these issues because it does impact each and every one of our communities.

ERICKA BLOUNT: Reproductive advocates for women in prison, like Kimberly Haven here in Maryland, note that nearly 60 pregnant women cycle through the prison system each year in Maryland. The challenges they face are enormous.

KIMBERLY HAVEN: It’s going to take a very big ideological and cultural shift to change the way we think about incarcerated women. Our prison population for women, even though we trend with national in terms of the explosion—Women are the fastest growing segment of our prison population right now. We trend with that national average. Our numbers in comparison to our men are still low enough that it’s the ideal opportunity to do things differently. Our prisons are designed for men, our policies are designed for men, our construction is designed for men, and we need to change that.

BALTIMORE PASSERBY: Are you running for office?

KIMBERLY HAVEN: No, no, no, no, no, no. Definitely, I’m not the person you want running for office. Thank you, though. Have a nice day.

KIMBERLY HAVEN: [phone rings] See if we can at least leave a message. I’m wondering if she’s at work by now.

KIMBERLY HAVEN: Yeah, she might be at work right now. Yeah, she’s not answering. Good morning, Charlotte. It’s Kim Haven with RJI. Can you give me a call when you get a chance?

ERICKA BLOUNT: Charlotte came into the prison system pregnant, but prison officials refused to believe her, telling her that she was just overweight. As a result, she didn’t receive prenatal care and her baby was born at four pounds and with autism.

CHARLOTTE: So I was originally locked up back in 2010. For my boyfriend had robbed a store and I was in the car with him. I got all the same charges as him. Which included—

KIMBERLY HAVEN: Did they get you for conspiracy?

KIMBERLY HAVEN: Did they get you for conspiracy?

CHARLOTTE: I got the actual charges.

CHARLOTTE: Yeah. And it was armed robbery and use of a handgun in a violent crime, which has a five-year mandatory sentence. And I was given 20 years for the rest of it. Two 20 years consecutive, originally, actually. So I have 40 years. But they brought it all back down to just the five when I went back to court in 2012. They sent me to Gaudenzia. I went there, I got released in like the end of 2012.

CHARLOTTE: So then, going into the summer of 2013 is when I got the letter that my appeal was denied and I did have to finish serving my five years. What I didn’t know is that I was about two weeks pregnant. I had no idea I was pregnant. My cycle’s always been pretty consistent, and that’s what I kept telling the healthcare. When I got there, I was pregnancy tested at Towson, where I turned myself in. And then about a week later, I was transferred to Jessup, and I was pregnancy tested again there. And they both came back negative. But I put in a sick call every month because my period wasn’t coming and that’s not like me.

CHARLOTTE: They literally, and I quote, said, “You are fat and overweight, and just stressed out. That’s why your period isn’t coming.” I had to demand a blood test, and they finally took it and I was six and a half months pregnant by the time I got those results back. So when I finally found out, I was definitely shocked. You know, my mom was too, but she jumped on it. She had to call the medical director to get me a sonogram ASAP. I was high-risk because I had no prenatal care until, you know, my third trimester basically, and I had to go to the hospital twice a week and get hooked up to the fetal stress monitors. And as soon as I was far enough along, as soon as I was considered full-term, they were like, “So, we need to induce you because your son isn’t growing anymore and there’s a good chance if you try to wait, he’ll be born stillborn. So you really need to deliver today.” And I wasn’t expecting to deliver then. All I wanted was to just call my mom—

CHARLOTTE: And I couldn’t. They made me shower in shackles right after I gave birth.

KIMBERLY HAVEN: You were— [crosstalk] They made you shower in shackles?

CHARLOTTE: I cried in the shower the whole time [crosstalk]. I could barely stand. I almost fell. My ankles were swollen. I’d just had a baby.

CHARLOTTE: It was horrible.

KIMBERLY HAVEN: After you had to take a shower in shackles, and you got back in the bed, were you shackled again?

CHARLOTTE: I was shackled the entire time.

KIMBERLY HAVEN: You were shackled during delivery?

CHARLOTTE: No, not during delivery.

CHARLOTTE: But as soon as he was born. Because they took him out the room because, I mean, we thought he was going to be like in the [NICU] or something because he was only four and a half pounds. But he somehow wasn’t, which was awesome. And, you know, they go to bring him back in, and they had already shackled my ass to the bed. Like, my epidural hadn’t even been taken out yet. I’m like, “I am paralyzed from the waist down, ma’am, and you’re really—” She’s like, “I’m sorry, it’s procedure.” Like, I can’t walk. What do you think I’m going to do?

ERICKA BLOUNT: Haven said that the challenges Charlotte faced were not unique.

KIMBERLY HAVEN: Medical will send something over to Dietary, and they have this pregnancy diet. So you might get an extra milk, you might get an extra portion of something, and then they give you these snack bags. Girl, let me tell you about these snack bags. First of all, these snack bags are a joke. It might have an apple. It might have two sandwiches, and let’s say the two sandwiches are four slices of white bread—Oh wait. MCIW got rid of white bread. I think they’re on wheat bread now. Wheat bread with a slice of cheese. Like, seriously. That is what you’re going to eat? No.

And so one of the other arguments that we have—Again, so when you’re on the housing tier if you’re in general population, someone’s going to go, “Can I hook you up with something? Can I fix you a hookup? Can I cook you something? Can I, you know, whatever.” And you’re going to eat what you need. Is it healthy? No. That’s your only option.

ERICKA BLOUNT: In Maryland this year, legislation was passed that states that women can’t be placed involuntarily in medical isolation the last six weeks of their pregnancy. In medical isolation, women are cut off from their support systems and are isolated for 23-hours a day without outdoor exercise.

WOMEN’S PRISON GUARD: You’ve been accepted to the baby dorm. And they wanted me [inaudible] and let you know. So you’ll be moving over there at the 10:30 count.

WOMAN WHO IS INCARCERATED: So it means I’ll be able to keep my baby? Oh my God, I’m so excited. Because I was so scared because of my mom.

KIMBERLY HAVEN: 95 percent of the people that we incarcerate come home, so while we have the time and the ability and the capacity and the humanity to do things differently, here in Maryland we need to. We must because it’s coming home to our communities.

ERICKA BLOUNT: Women continue to be the fastest growing population in prison. Incarcerated women during their most vulnerable time need to be part of the discussion on prison reform. 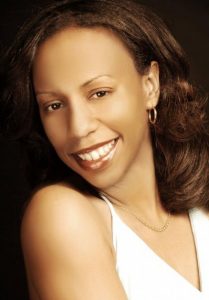