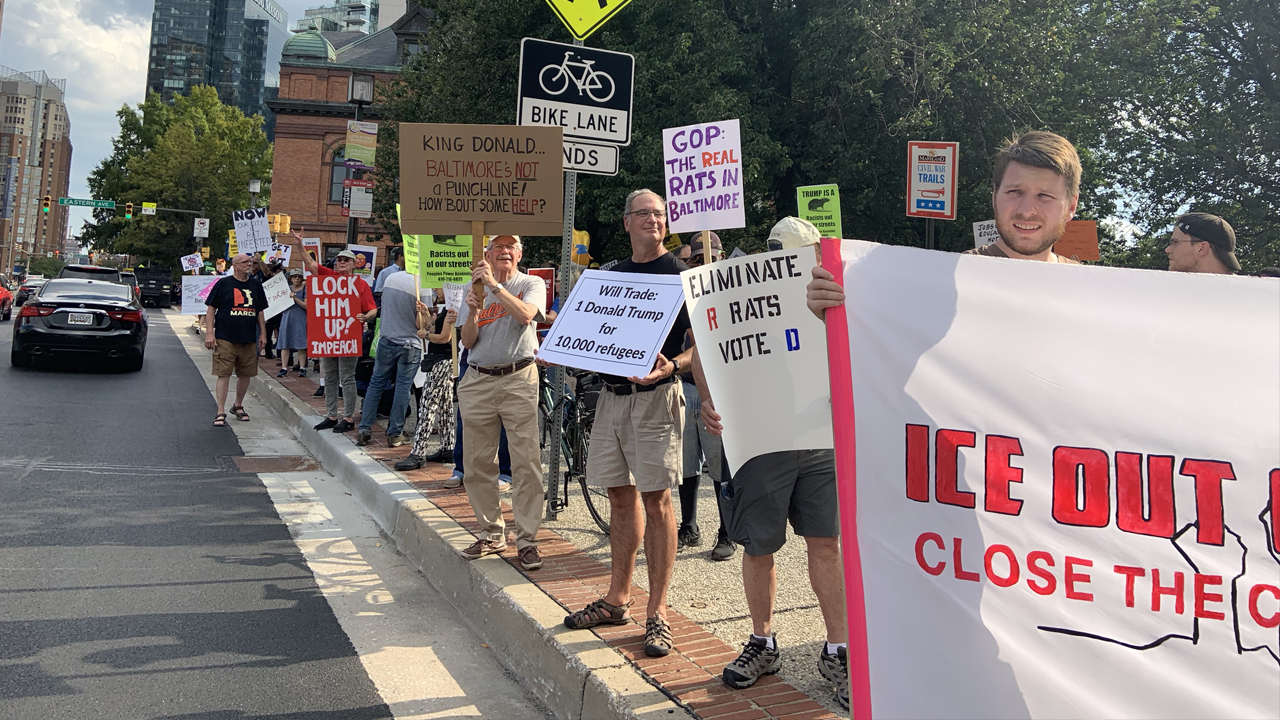 Over one hundred demonstrators protested President Trump’s visit to Baltimore on Thursday Sept 12th, the first of several planned demonstrations against a gathering of Congressional republicans at a ritzy waterfront resort.

Trump’s visit came just weeks after he attacked the city in a series of incendiary tweets. He called Baltimore “rat infested” and “a place no one wants to live,” and called local congressman Elijah Cummings a “racist” and a “failure.”

As chairman of the House Oversight Committee, Cummings is leading probes into the Trump administration, as well as the Trump family’s business dealings.

As journalist Luke Broadwater tweeted, the city collects just $1 in property taxes from the Marriott Waterfront hotel, which is hosting the Republican retreat. More than 50 city schools closed due to lack of AC the same day Trump visited.

The school system has a $3 billion facilities maintenance backlog, which could have been paid six times over with the money Trump requested for the defense budget beyond what the Pentagon requested.

Trump is visiting Baltimore on a day dozens of schools are closing early due to lack of A.C. Conservative, Trump-allied media like Sinclair argue Baltimore schools are not underfunded. Watch @jessgartner explain why they are wrong: https://t.co/X3oqAf3Vwu