David Sheen divided Israel political parties into their positions on segregation, integration, domination and elimination. He joins us to debate Real News Correspondent Shir Hever on what it really means

David Sheen divided Israel political parties into their positions on segregation, integration, domination and elimination. He joins us to debate Real News Correspondent Shir Hever on what it really means

Will Coming Israeli Elections Change Anything? 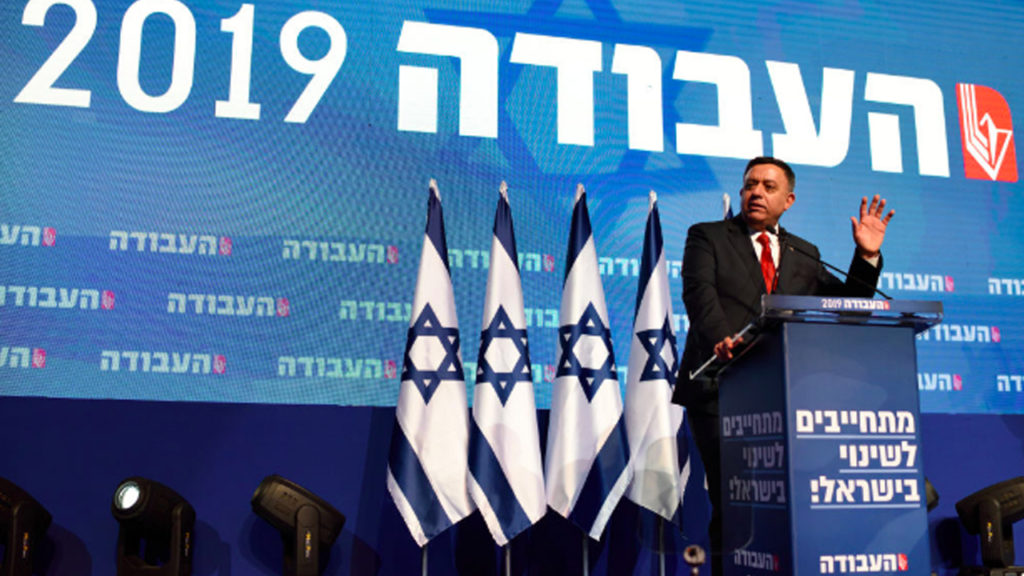 MARC STEINER: Welcome back. This is Marc Steiner here on The Real News.

Welcome back to our second segment here with David Sheen and Shir Hever to look at the Israeli election and the model that David Sheen created. And Shir Hever likes the model, but has some issues with some of the issues in the model. And I didn’t let him finish last time, but now he can finish. Shir?

SHIR HEVER: Yeah. So David, you raised two very important points right now, and I think these two points are exactly the two points that I would use in order to claim that the Israeli society really fits into a colonialist model, but does not fit into a fascist model. And there’s a difference between the two, and I’ll explain how that works. First of all, you talked about opinion polls and you gave numbers from an opinion poll that I absolutely agree with that show that a lot of Israelis support deportation of Palestinians and support and privileges and extra rights for Jews. Now, there was another poll that was done among Israelis, whether they support the attacks on Gaza. There were several polls, actually.

And that’s very interesting, because this is maybe a good example of eliminationist logic. Because when Israel invades Gaza, there are thousands of Palestinian casualties. And 90 percent of Jewish Israelis said they supported these attacks on Gaza. So that would mean that yeah, the elimination camp has to be quite big. But when you look at the actual recruitment numbers, and you know that there are a large number of Israelis that are called for reserve duty to actually put on the uniform, take the weapons and go and march into Gaza, less than 20 percent showed up. So it’s one thing to give your opinion in a poll. It’s a completely different thing to actually risk your life and go to war in order to go ahead and walk the walk on those opinions that you have.

And the second point you made, David, was about the Ministry of Justice. And I agree with you completely that the Jewish Home party has done its utmost to disempower and dismantle the Israeli justice system in order to allow for the colonization of the West Bank. And that means, of course, uprooting Palestinian communities. And it really boiled down to one specific Palestinian community, Khan al-Ahmar, which got a lot of international media attention because the Israeli government was determined to wipe this community off the map and kick out all the Palestinians living there.

And the Israeli court, because it was so weakened by this party, the Israeli court said “OK, do what you want, we’re not going to stop you.” So then, the Israeli government actually had the ability to completely demolish the village, knowing that it would lead almost certainly to a lawsuit in the International Criminal Court for a war crime, and that’s when they stopped. They managed to dismantle the court, but they still didn’t have the guts actually to go ahead with demolishing the village. And of course, I’m very thankful for that, because it would have been a massive war crime because the eliminationist logic actually interferes with colonialism at some point. It would make the colonial project unsustainable. So in order to sustain it, Israeli government has to check its own violence.

MARC STEINER: So does that fall into what you’re thinking here, David, very quickly before we end?

MARC STEINER: Well, it seems in some ways that the model you created, David, and what you’re describing here, Shir, in response to the model that David created, really points to something much deeper. It’s a political question, but it’s almost an existential question in that it’s like the crisis of Israelis trying to figure out what to do and where to go. It’s their own existential crisis three of these categories are kind of talking about. I mean, the integration model clearly is mostly people on the left and people who are Palestinian-Israelis. I mean, this points to something much deeper, that the election just kind of covers a very broad sense. But it goes to the heart of why there’s so much difficulty in resolving the future. Does that make sense?

SHIR HEVER: I’ll let David have the final word. But let me just say, Marc, in the introduction, you said that the upcoming Israeli elections are important. And I don’t agree with you. I think they’re predictable, and I think the Israeli public has already decided. The Israeli public decided not to decide, to just leave the status quo of apartheid and occupation in place forever. And now, the ball is in the court of Palestinians, and the Palestinians are the ones who are going to decide their futures. So whether we’re looking at one state or two states or whatever, it’s not going to be a decision taken in Israel, it’s going to be a decision taken by Palestinians.

MARC STEINER: That’s a discussion we should start completely between a bunch of us, just that idea. Wrestling with that idea would be very powerful. David, close us out.

DAVID SHEEN: Well, I don’t have anything to argue with, Shir, you’re right. The elections that are coming up, sure, there’s going to be a lot of horse trading between the parties, but ultimately, we’re going to see a picture very, very similar to the picture we’ve looked for the last 18 years, sadly. I don’t have a lot of hope that we’re going to see any change come from within, because so few Israeli Jews want that change to happen.

So yeah, we do need to hear from the international community and from Palestinians, especially, to hear how we might move forward. Perhaps we need to hear an overture of a one state solution. Maybe finally, Palestinian representatives won’t stick to the two-state orthodoxy. Maybe that could shift the discourse. Who knows, maybe we’ll have a wildcard. But yeah, I’m not anticipating, like Shir, anything to happen in the next three months that’s going to change Israel from one side to the next. We can see more of the domination, more of apartheid and everything that comes with that.

MARC STEINER: Well, I’m really looking forward to continuing this discussion and looking at what happens over the next several months in this election, and bringing in what the Palestinians feel as well in this so that we have a broader look.

DAVID SHEEN: My pleasure, thanks.

MARC STEINER: And I’m Marc Steiner here for The Real News Network. Thank you all for watching. Take care.

David Sheen is an independent journalist and film maker originally from Toronto, Canada who now lives in Dimona, Israel. Sheen began blogging when he first moved to Israel in 1999 and later went on to work as a reporter and editor at the Israeli daily newspaper Haaretz. His full-length documentary on ecological architecture, “First Earth”,…