Who Hired an Israeli Spy Firm to Tarnish the Iran Deal?

Trita Parsi was targeted as part of Black Cube's spy operations against Obama officials involved in the Iran nuclear deal. With evidence pointing to the Trump camp's role, Parsi says that Congress should investigate

Trita Parsi was targeted as part of Black Cube's spy operations against Obama officials involved in the Iran nuclear deal. With evidence pointing to the Trump camp's role, Parsi says that Congress should investigate 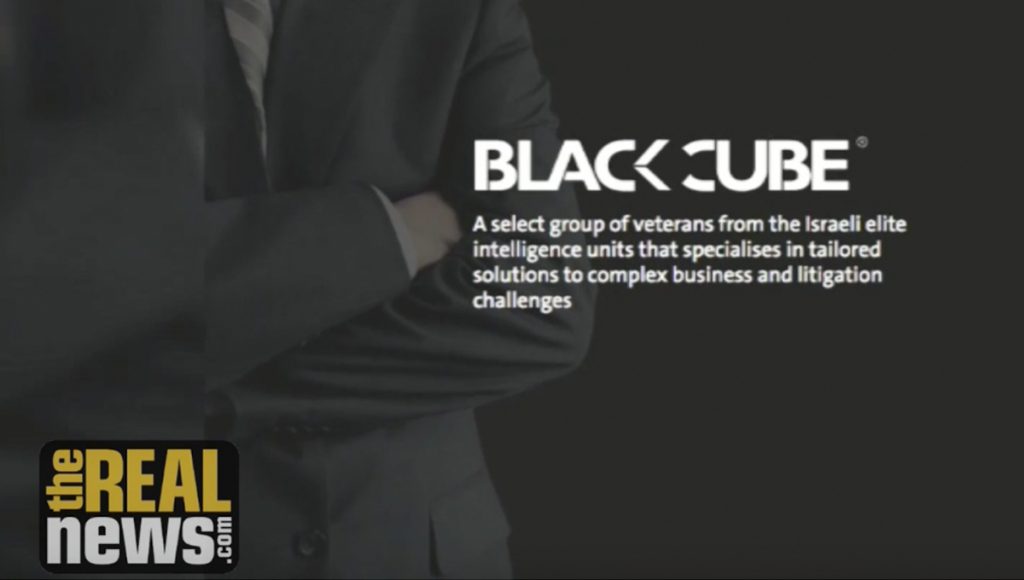 President Trump’s withdrawal from the Iran nuclear deal fulfills a longtime quest. For years Trump has railed against the agreement and the Obama administration officials who reached it. Well, now more detail has emerged on the campaign by the deal’s opponents to undermine it. This past weekend, the Observer revealed that the Israeli intelligence firm Black Cube was hired to wage a smear campaign against a number of key figures behind the deal, including Obama White House officials. Black Cube is the same company hired by Hollywood mogul Harvey Weinstein to silence the women who came forward with allegations against him of rape and other sexual abuses.

Well, my next guest was targeted by the Black Cube operation. Trita Parsi is president of the National Iranian American Council, and author of “Losing an Enemy: Obama, Iran, and the Triumph of Diplomacy.” So, Trita, tell us about this firm Black Cube, and how you were targeted as part of their operation against Obama administration officials who took part in the Iran nuclear deal.

TRITA PARSI: Well, so, as you know, I give a lot of interviews. I had just come out with a book last summer. And I was contacted by this journalist who, or said that he was the journalist, who wanted to talk to me about Iran and the nuclear deal. And I had a conversation with him, and didn’t think much of it. The conversation was quite ordinary, at least in the beginning. But then he was kind of pushing a conspiracy theory that Obama administration had financial incentives to strike the nuclear deal, which I had seen personally no evidence for, and I was an informal adviser to the administration. I had plenty of conversations with them throughout this episode.

And I pushed back against that. But I didn’t think much more of it until this past Saturday or Sunday, I get a phone call. I get contacted by Ronan Farrow, who reads back to me part of that conversation I had with the journalist, because he had a transcript of it, and explains to me that that person actually was working for Black Cube, this Israeli intelligence firm. And they were looking to find dirt, and essentially entrap proponents of the nuclear deal in this specific case. They were also trying to target two administration officials under Obama, in an effort to discredit the voices that are pushing for a diplomatic solution and try to get us not to be able to be heard in Washington, D.C. any longer.

AARON MATE: Now, there’s some uncertainty over who is exactly behind this, this operation, who hired Black Cube. The Observer of London says that it was aides or officials tied to President Trump. The New York Times says that’s unclear. Do you have any sense of who is behind this?

TRITA PARSI: I’ve spoken to people who have been investigating this, and made it, they’ve made it clear that the evidence is clearly pointing in the direction that it was people in the Trump circle. How high up we don’t know yet. But this is precisely why Congress should do an investigation. If we actually have a scenario in which potentially members of the administration are going to foreign intelligence firms in order to spy and try to entrap individuals in the United States for the sake of pushing the president’s political agenda, that’s, I assume, quite likely illegal. And as a result it should be something that we strongly push back against.

AARON MATE: Trita Parsi is president of the National Iranian American Council, and author of “Losing an Enemy: Obama, Iran, and the Triumph of Diplomacy.” Trita, thank you.