What is Pompeo’s Agenda as Secretary of State? Ask the Highest Bidder 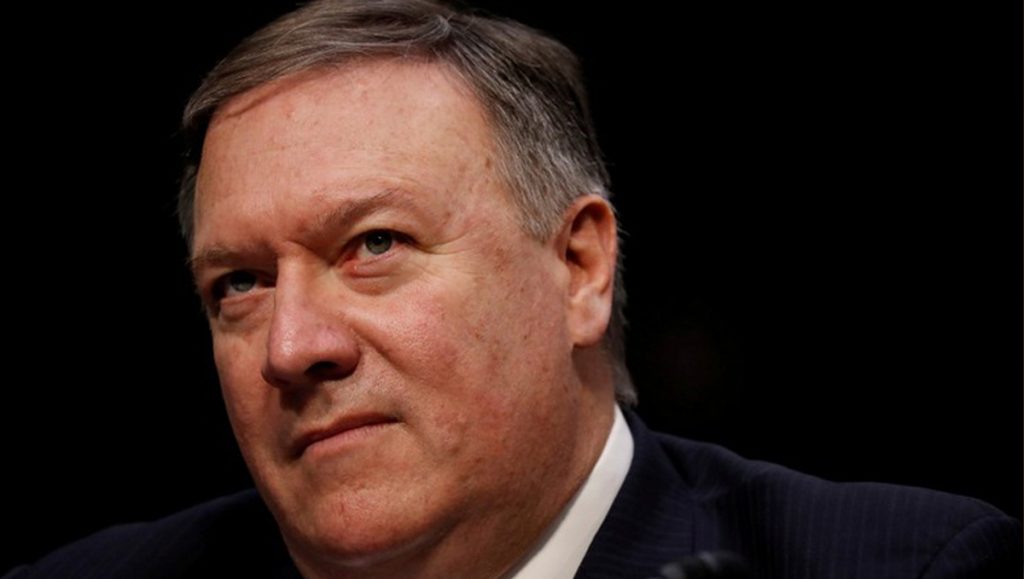 SHARMINI PERIES: It’s the Real News Network. I’m Sharmini Peries coming to you from Baltimore. Mike Pompeo is poised to become the next U.S. secretary of state. His confirmation hearings are underway before the Senate Foreign Relations Committee.

MIKE POMPEO: I share the president’s position precisely, which is that the Paris agreements put an undue burden on the United States of America, and that we should work to find a place where that is not the case. And when that moment arrives we will be part of that discussion and re-enter that agreement. There are many times that we work with our allies, and there are many other times when we just don’t see it the same way. I give you many indications, many, many examples of where this administration has worked with those same allies. Just recently, the work that we did against Russia in response to the attack that took place in Britain we worked with our European allies. We did so very closely. This would be after the president’s announcement that he intended to withdraw from Paris. So it can still work.

SHARMINI PERIES: Pompeo has served as director of the Central Intelligence Agency in all of 2017, and previously he was a congressman from 2011-2017, representing Kansas District 4. If the move from top spy to top diplomat is worrisome, keeping you up at night, especially while we have missiles pointed at Syria, what I’m about to discuss in regard to his ties to oil billionaire brothers David Koch and Charles Koch, as well as his links to the GMO lobby, won’t help you eat or breathe easier, either.

In his confirmation hearing last year for his job as director of the CIA, Pompeo said that the idea of climate change as a national security threat is ignorant, dangerous, and absolutely unbelievable. With us to discuss all of this we are joined by Wenonah Hauter. She is the head of Food and Water Watch. Wenonah, good to have you back.

WENONAH HAUTER: Great to be here.

SHARMINI PERIES: All right. Wenonah, something that has not gotten a lot of media attention leading up to these hearings is Pompeo’s support for GMO, or genetically modified organisms, also known as GM foods. First of all, what responsibilities does the secretary of state have in regard to, say, food and trade and GMO matter? And how do you believe he will handle all of this as secretary of state?

WENONAH HAUTER: Well, the secretary of state, as the chief, chief diplomat, has quite a bit of influence over a range of policies, including agricultural policy. And he has the ability to promote the use of GMO seeds and crops around the world. And in fact we’ve seen previous secretary of states, like Hillary Clinton, use this ability to influence policy overseas. And we know that Pompeo is very much of an opportunist who is for sale to the highest bidder. So he had no problem when he was in Congress supposedly representing the citizens of Kansas introducing legislation that took away the right of states to label GMO foods. In fact, a number of states were on the verge of passing legislation that would have required labeling. The agribusiness interests, the food processors stepped in, and Pompeo was happy to do their business, especially for Monsanto.

SHARMINI PERIES: Now, Wenonah, does the fact that Pompeo has such good connections with the Koch brothers have, does it worry you?

WENONAH HAUTER: It definitely worries me. When he was a member of Congress from Kansas, he was called the ‘Congressman from Koch.’ Not only did he accept $1.2 million from fossil fuel interests, he accepted more money from the Koch brothers than anyone else in Congress. And we know that the Koch brothers are responsible for spending tens of millions of dollars on propaganda around junk science, trying to create this narrative that there is not a consensus on climate change. We know that’s a complete lie, and that there is consensus in the scientific community about climate change. The last thing we need is another climate change denier. Leading negotiations in the future, especially since he’s already decried the Paris accord and said that the U.S. should get out, and encouraged Trump to take that action.

SHARMINI PERIES: Right. Wenonah, in choosing Mike Pompeo, Donald Trump somehow managed to pick someone who’s worse for the climate than Rex Tillerson to run the State Department. Now, in relation to the environment, climate change issues, and let’s say Paris climate agreement in particular, how do you think policy will, will shift as a result of having Pompeo there, knowing, you know, the Paris agreement is still quite up in the air when it comes to this administration?

WENONAH HAUTER: Well, Pompeo would join the Trump-Pruitt regime as a major denier of climate change. We already know that he doesn’t support transitioning to renewable energy. In fact, when he was a congressman he supported getting rid of the windpower tax credit. And of course, we need all the help to shift toward renewable energy that we can get.

We’re in a major crisis. In fact, all of the problems that Pompeo would worsen will be made worse by climate change. Science tells us we have about 10 years to make major changes, and if we don’t we may reach tipping points where our climate will be so embattled that we won’t be able to make it stable again. So the idea that Pompeo, a reactionary, is going to join the administration and plot about how to promote fossil fuels is very scary.

We also know when he was in Congress he authored legislation to fast track the development of natural gas pipelines, and this is often against the wishes of local impacted residents. And we know that natural gas is methane. Methane, in the first 20 years after it’s emitted, is a more dangerous greenhouse gas than carbon. It’s eighty-nine times more potent. That’s what science tells us. So the last thing we need is to be shifting to more natural gas, and Pompeo is part of this fossil fuel lobby that is trying to create new markets for natural gas, including making plastic, which is also devastating for the environment.

SHARMINI PERIES: All right, Wenonah. Here’s your chance. Assume you’re sitting there in the Senate Foreign Relations Committee, able to ask Pompeo his position on numerous things. What would you be asking him?

WENONAH HAUTER: Well, we were one of two hundred climate justice and environmental groups that called on members of Congress, members of the Senate, to vote against Pompeo. And we believe that any senator of either party who votes yes for Pompeo is complicit in climate change denial, and in putting someone in charge of the State Department who is extraordinarily dangerous. And they should beware of what happens at their next election.

SHARMINI PERIES: All right , Wenonah. I thank you so much for joining us today. I know you’re on the heel for taking a holiday. Have a great time.

WENONAH HAUTER: Thank you so much.