The Environmental Protection Agency will revoke California's exception to the Clean Air Act that had allowed it to set higher clean air standards than the rest of the nation. This means auto manufacturers will be allowed to follow lower fuel efficiency standards and do not need to sell as many electric vehicles. We talk to Paul Cort of EarthJustice about the legal and environmental ramifications

The Environmental Protection Agency will revoke California's exception to the Clean Air Act that had allowed it to set higher clean air standards than the rest of the nation. This means auto manufacturers will be allowed to follow lower fuel efficiency standards and do not need to sell as many electric vehicles. We talk to Paul Cort of EarthJustice about the legal and environmental ramifications 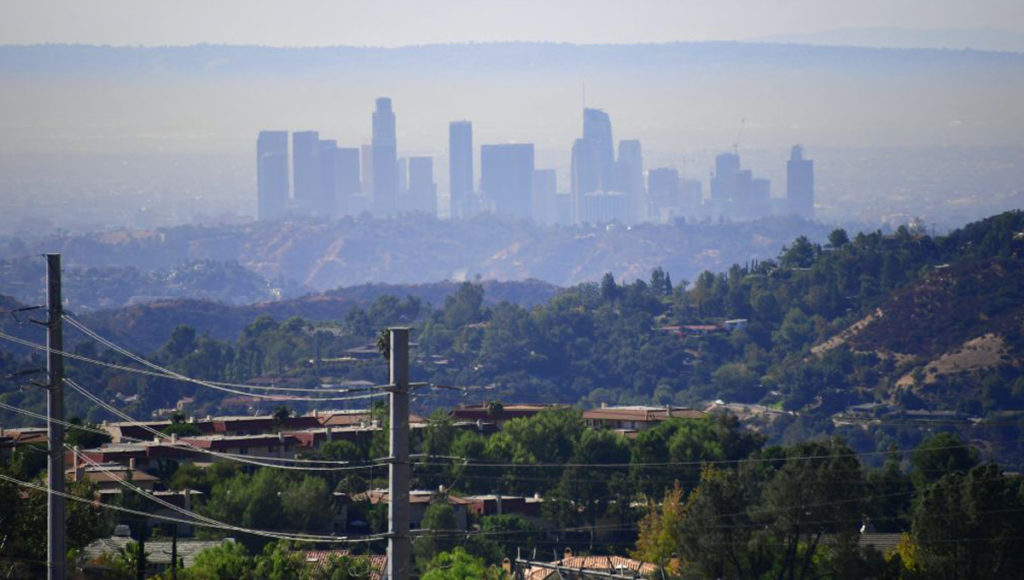 The Trump administration has not only withdrawn from the Paris climate accord, but it is now expected to present a new plan this week to revoke California’s ability to set state vehicle emissions standards and to mandate electric vehicle sales. If implemented, and all signs are that it will be, this represents a major blow to California’s leadership role in setting emissions standards for the country. In addition, the new rules will roll back federal rules to boost fuel efficiency that are currently in place into the next decade.

Now joining me to discuss the consequences of this latest assault on carbon emissions and the standards is Paul Cort. Paul is a staff attorney with the organization Earthjustice in California, and at its regional office in San Francisco. Paul, I thank you so much for joining us today.

PAUL CORT: Thank you for having me.

SHARMINI PERIES: All right, Paul, let’s begin with these latest regulatory rollbacks with regard to fuel emissions standards. What are they, and what will it do?

PAUL CORT: Well, this is all still in the rumor stage, but it sounds like there are two pieces. The first piece would be to roll back the federal fuel economy standards and greenhouse gas emissions standards. So EPA in 2013 under Obama entered into an agreement with California and the auto manufacturers to establish fuel economy standards that would ratchet down over the next 10-plus years, through 2025. Trump administration, not surprisingly, wants to roll those back. It does not want the standards to continue to tighten through 2025, and has said that their preference would be to freeze those standards at 2020 levels and keep fuel economy at that level.

SHARMINI PERIES: All right. Paul, what does this mean in terms of emission controls?

PAUL CORT: Well, what the Trump administration is proposing to do by freezing that fuel economy standard is going to mean that greenhouse gas emissions will continue to rise. And the proposal would be the equivalent of adding 43 coal-fired power plants in the United States. It’s that level of greenhouse gas emissions that we would have avoided with the Obama standards.

SHARMINI PERIES: And not only, as I said off the top, since California is known for setting regulatory standards that other states then follow, this means an increase in emissions across the country, and not meeting the standards we had hoped for under the Obama plan.

PAUL CORT: Right. Well, the California standards are both about greenhouse gases but also about just basic air pollutants. The emissions that create smog and soot pollution in California, and in 13 other states across the country. So they want to go after the ability of those states not just to reduce greenhouse gas emissions, but just to protect air quality in those polluted regions.

SHARMINI PERIES: And California had set those standards a while ago, because I remember when it was almost impossible to go to L.A. because the smog was so bad.

PAUL CORT: Yeah, so California’s had this special provision carved out in law in the Clean Air Act since it was adopted in 1970, because as far back as the 1950s and ’60s, California had recognized the need to clean up cars. California was responsible for the development of the catalytic converter. It was California standards, really, that have driven the advancement of automotive technology for going on 50 years now.

SHARMINI PERIES: Paul, it’s it’s rather ironic that a conservative president, President Trump, is insisting on regulating what a state can and cannot do. Because traditionally, the conservatives, or Republicans, have always stood up for the rights of states to regulate itself. What do you make of this political shift?

PAUL CORT: I mean, it’s clearly not principled or consistent with traditional conservative values about state leadership. And it’s not based in reality, either. Because again, the states, especially in this field, have been the innovators, have driven the technology. And, you know, all the ways that state leadership matters, here’s proof that having that state authority can lead to superior results.

SHARMINI PERIES: All right. Now, as far as justice is concerned, is this a done deal? Or are you going to plan to fight back?

PAUL CORT: I mean, all the rumors point to this proposal coming out. But we’re still puzzled whose interest this serves, really. The auto manufacturers don’t want this fight. They don’t want to have multiple standards out there. They don’t want the uncertainty that’s bound to come as a result of litigation. You know, maybe this is about the oil industry. But you know, I haven’t heard anyone, other than folks within the administration, pushing for these changes.

California has reached out and has offered to, you know, make slight changes to the program to account for some of the complaints that they’re hearing. But I’m not hearing anybody actually support this proposal. So at that level, I guess we’re holding out hope that someone will come to their senses and, and pivot before they finalize this. But this is the way it’s-.

SHARMINI PERIES: Paul, is there any chance that the car manufacturers themselves will proceed with the standards that they were expecting to deliver, regardless of what the federal government regulates?

PAUL CORT: I think, well, it’s hard to say. I mean, I think- you know, California and the United States will probably end up getting dirtier cars. But I think the, the ironic part about all this is that there are countries around the world, China, many countries in Europe, who are moving away from fossil fuels. And so for our industries to compete in those markets they’re going to have to develop these cleaner cars. And the result may be that those countries get the cleaner cars while we get stuck with the dirty ones.

SHARMINI PERIES: And what’s the deal with electric car vehicle sales? What is it that the federal government wants to do in that regard?

PAUL CORT: Well, they want to take away, again, California’s ability to require that auto manufacturers sell a certain percentage of zero emission vehicles. California adopted a mandate for zero emission vehicles even before they were talking about greenhouse gases. Because California realized again to meet just the smog standards in places like L.A. and the Central Valley that we need to move away from combustion in cars. And so it’s always been tied to meeting basic air quality standards. But EPA, again, according to the rumors, is going to argue that that’s about greenhouse gases, and that’s outside of California’s authority.

SHARMINI PERIES: All right. Paul, I thank you so much for joining us. I’ve been speaking with Paul Cort with Earthjustice. I thank you.

Paul Cort is a staff attorney in the California Regional Office and leads Earthjustice’s Right to Zero Campaign, which seeks to address air pollution in California by transitioning the state’s energy and transportation systems off of fossil fuel combustion. He is the chair of Earthjustice’s Air Practice Group and an adjunct professor at the U.C.…