Trump Appoints Yet Another Deregulator – This Time to the FDIC

Jelena McWilliams will be the new FDIC director and this will mean a "slaughter" of the remaining banking regulations, which will already be significantly weakened via a new law to be passed soon by Congress, says former financial regulator Bill Black

Jelena McWilliams will be the new FDIC director and this will mean a "slaughter" of the remaining banking regulations, which will already be significantly weakened via a new law to be passed soon by Congress, says former financial regulator Bill Black 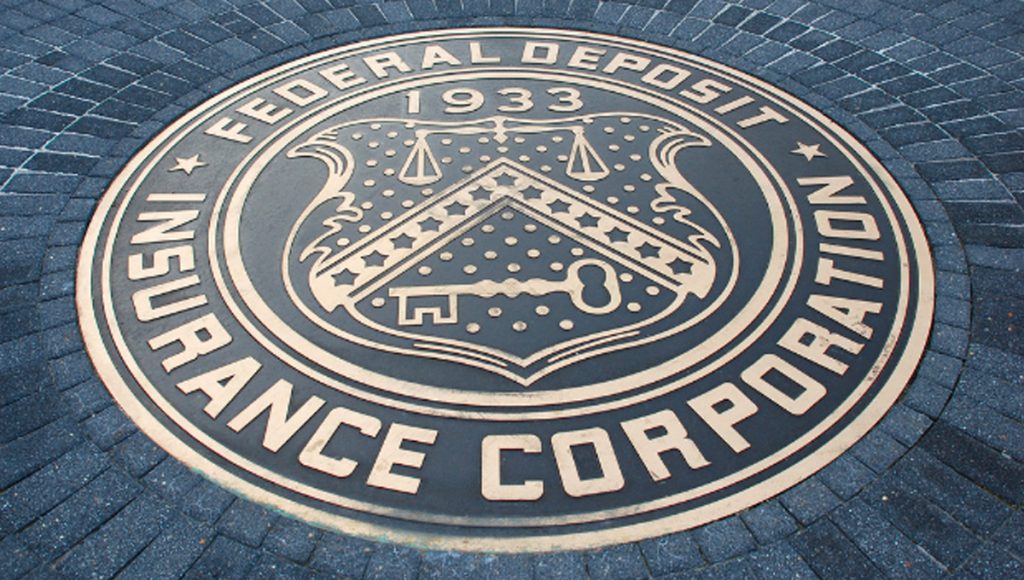 President Trump just announced the appointment of Jelena McWilliams, a lawyer from Fifth Third Bank Corp. to head the Federal Deposit Insurance Corporation known as FDIC. The appointment is an important step in Trump’s effort to deregulate the financial industry. FDIC together with the Federal Reserve and the Office of the Comptroller of the Currency are in charge of writing financial rules. Now these rules will be revamped following the dismantling of the 2010 Dodd-Frank Act, which has already passed the Senate and will probably pass the House very soon.

Now joining me to analyze the consequences of this final appointment of Jelena McWilliams is Bill Black. Bill is a white-collar criminologist, former financial regulator, and the associate professor of economics and law at the University of Missouri Kansas City. He’s also the author of “The Best Way to Rob a Bank Is to Own One.” Thanks for joining us, Bill.

SHARMINI PERIES: Bill, about the appointment of Jelena McWilliams. First of all, who is she, where does she stand on financial regulation?

BILL BLACK: So, Fifth Third Bank has the stupidest name in all of banking, but it’s actually one of the country’s largest banks. And she comes from both a law and finance background, in terms of her parents. The dad was on the finance side. Mom was one of the first was the first female partner at the firm. So she is the next generation after a number of the path breakers. She stands foursquare with Donald Trump on the three Ds: deregulation, desupervision, and de facto decriminalization.

You in the introduction correctly noted the bill that’s passed the Senate. We had an a report on that and then an additional report when they decided to make it even worse, because they were emboldened by the significant number of Democratic senators who joined in helping to gut Dodd-Frank. And the House is not absolutely certain, because there are some folks who want to go so far in destroying regulation that it might actually cause the Democrats to fall. But most people expect that they will simply make it worse, and that the Senate Democrats will happily, or this rump group of Senate Democrats will happily accede to further gutting Dodd-Frank.

So if, you know, zero to 10, where 10 is maximum deregulation, the current law is a, you know, a 6 type of thing. But where they’re going to do the really aggressive deregulation and desupervision and de facto decriminalization is going to be at the regulatory level. And they’ve been stalled for the usual reason that the Trump administration hasn’t been able to get its act together on appointments. And because there was actually a Republican appointee at the FDIC who was one of the nation’s leading advocates for effective regulation. So they’ve gotten rid of traitors like that to their cause.

So the banking regulatory agencies will do vastly more deregulation by regulation and by simply refusing to enforce regulation, refusing to prosecute criminals, than will occur in formal legislation. And they’ve been held up not so much by a legal requirement but a practical requirement. And that was without an FDIC leader, these banking regulatory agencies when they deregulate like to act collectively. And they do because of the race to the bottom issue. They’re all desperately afraid that one of them will be even weaker than they are and that the banks will change their charter.

So you gave the list of surviving banking regulatory agencies, the OCC, Office the Comptroller of Currency was actually created in the Civil War to help finance the Civil War. And so it’s by far the oldest of the federal banking agencies, and it is supposed to regulate, but of course doesn’t, national banks. And national banks are typically by far the largest banks in the system. The Federal Reserve system is supposed to regulate bank holding companies and state chartered banks that are members of the Federal Reserve System and the FDIC is sort of what’s left. So it insures all of these federally-regulated banks, but on top of that regulates state-chartered banks that are not members of the Federal Reserve System. So typically much smaller. The Fed, banks that it regulates directly vary from fairly small, to the bank holding companies, gives them in essence concurrent jurisdiction with the OCC over the biggest banks.

So that’s the alphabet soup, and these entities are always trying to weaken regulation, but on top of that make sure that no one of the three gets a clear advantage in having really gutted regulation, because it’s easy to change charters and seek out the weak regulation. And that means that not having an FDIC chair has stalled their collective efforts to gut the Dodd-Frank legislation, and in particular the Volcker Rule. And now with expected to be this new FDIC chair who’s fully invested with the Trump agenda, it’s going to be a slaughter of the remaining bank regulation and a lot of it will be invisible. In addition to getting rid of the rules they’ll simply cease enforcing them.

And I just came back from presenting at a major appraisal meeting, and the really scary new information is that the three big federal agencies that I’ve just been describing are now extraordinarily hostile to appraisers and appraisals. And I’ve said it before but the critical thing you need to understand is if you don’t know what you’re talking about in terms of banking, you think of underwriting the process of determining whether you should make the loan, what tariffs are and such as simply a cost center that reduce your profits. If you understand banking you understand that underwriting is the thing that is the single thing most critical to bank profitability and survival. And when the banking regulators have become so in sane that they’re going to attack one of the three pillars of underwriting, which is the appraisal, then we can move up the date at which the next and larger financial crisis will occur.

SHARMINI PERIES: Bill, if the FDIC is there to ensure consumer bank deposits are secure, as you said, up to two hundred fifty thousand dollars in, that we might have put in the bank. Now, they should be, or shouldn’t they be very concerned cautious about deregulating because at the end they will be the ones having to pay if the bank fails. Is that a safe assumption or not?

BILL BLACK: Well that’s a particularly insightful view. Indeed, many economists and regulators have argued exactly that, because of the insurance obligation the FDIC, which is primary regulator as I said mostly for small banks but which has under the statute secondary authority when the primary bank regulator isn’t doing its job, to step in.

By the way, those agencies hate that role for the FDIC, that secondary backup role. They would call it second guessing. Even though the FDIC has been, just as you said, more conservative, more oriented towards safety and soundness, and if the primary regulator had listened to them would have prevented a great deal of problem. Also, it’s worth stressing, not just mentioning, that the FDIC is almost solely responsible for the fact that the crisis we had in 2008 wasn’t more than twice as large. Here’s why, really quickly.

The Federal Reserve in particular, and its most anti-regulatory economists, had designed what’s called Basel II, which is the international capital standards, to come darn close to eliminating capital requirements. It was so bad that we have an act called the Prompt Corrective Action Law that was adopted in light of the savings and loan crisis. And under that law the biggest banks, if Basel II had been adopted the way it was proposed, would have simultaneously had excessive capital under the Basel II standard, and be defined by the Prompt Corrective Action statute has critically undercapitalized, and we should be putting them into receivership or selling them.

So the FDIC fought a ferocious and heroic rearguard action against the Federal Reserve, which is typically much more powerful than the FDIC, and the FDIC insisted on getting data, and finally when these numbers came out, so embarrassed the Federal Reserve that it created what’s called a leverage ratio, that you couldn’t fall below a particular capital requirement. In general, Europe did not do so. So in general European banks were about twice as leveraged, that means debt to equity, as U.S. banks.

And that’s the answer to the question people may have wondered. Hey, if this non-prime liar’s loan crisis was overwhelmingly in U.S. securities, how come Europe suffered such a devastating hit? It’s two reasons. One, that their banks were massively more leveraged and therefore gotten in much, much, more trouble when asset values declined, and that they adopted austerity, which again is like bleeding a patient to make it healthy. The U.S. eventually adopted austerity, but initially it had moderate surplus, and the economic evidence is quite strong that that moderate stimulus package dramatically reduced the, the Great Recession, sped the recovery. Unfortunately, Obama and the Republicans abandoned it. And in the infamous State of the Union address, Obama said the nation is pulling in its belt and therefore the government must adopt austerity, which is economically illiterate and proved very harmful to Obama and to Democrats.

SHARMINI PERIES: Bill, so much more questions to ask you. The Senate bill that was recently passed raises the size of the bank that would come under the FDIC to be regulated. Now, what else does the bill say and what is the most dangerous elements of it?

They warned about all of these things. In fact, their warnings look prescient. What they didn’t do, what they were absolutely unwilling to do, was actually regulate. Which if you’re a regulator is a major problem. So they just warned them. Again, it’s like telling your teenage son or daughter when they’re about 15 how they should dress and who they should hang out with and who should they should date. You may be giving excellent advice, but the chance of it being taken is pretty close to nil.

SHARMINI PERIES: All right, Bill. Thank you so much for joining us today.

BILL BLACK: Thank you so much. Take care.