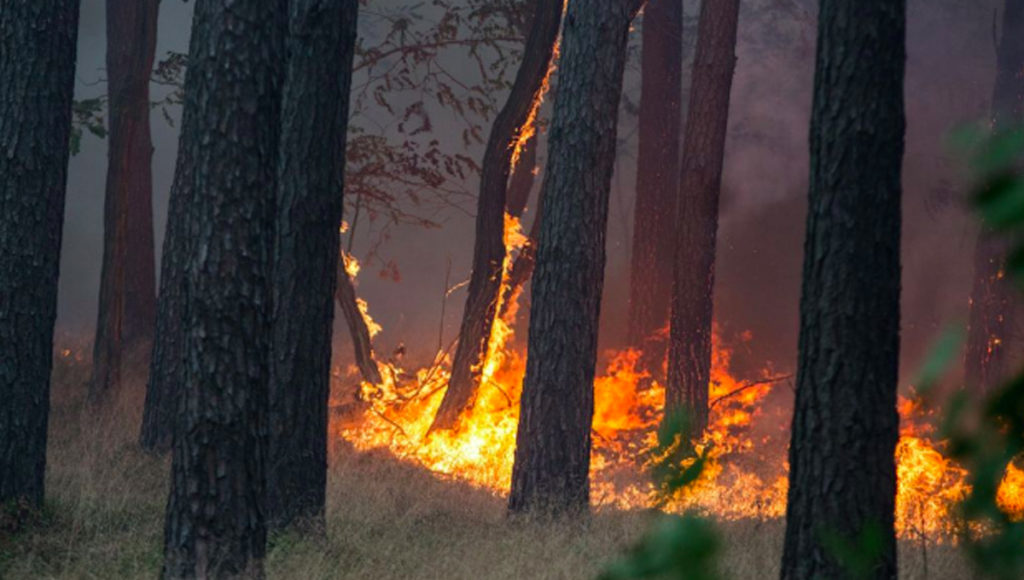 DIMITRI LASCARIS: This is Dimitri Lascaris, reporting for The Real News from Montreal, Canada.

Last month, horrific wildfires near Athens, Greece killed at least 90 persons, and injured hundreds more. According to records maintained in Brussels, this was the deadliest forest fire in Europe since 1900. The Greek public has reacted with an outpouring of grief in what many describe as a national tragedy. But there has also been considerable anger at the authorities’ response to the fires. Among other causes of public anger, one expert has opined that Greek police mistakenly sent drivers into the path of the inferno. Much of the public’s anger is being directed at the Syriza-led government of Greek Prime Minister Alexis Tsipras. As the scale of the disaster became clear, Prime Minister Tsipras declared in an emergency Cabinet meeting that he, before the Greek people, wanted to assume full responsibility for the tragedy. And he stated, I regard this as self-evident for the prime minister of a country to do, and I call on you to also assume responsibility, no matter how hard.

Since the Prime Minister’s assumption of responsibility, other Greek officials have resigned or been replaced. Greece’s Civil Protection Minister Nikos Toskas resigned last week. Two days later, the prime minister’s office announced that the heads of the police force and the fire brigade had been replaced by their deputies. Then yesterday, the Greek government announced that it would address what it called the, quote, chaos of unruly construction in Greece, which many have identified as a major factor in this tragedy, by immediately destroying 3200 buildings in the region around Athens. Such constructions, known as ‘afthereta,’ or ‘arbitrary’ buildings, are often built without permission, and are later licensed in government amnesties.

Now here to discuss all of this with us is Aris Chatzistefanou, a Greek journalist who has worked with, among other media organizations, BBC World Service, the Guardian, and Telesur. He’s the director of four documentaries on the European financial crisis, and is now preparing a film on Venezuela’s crisis, entitled Make the Economy Scream. Aris is based in Athens, Greece. Thank you for coming on to The Real News, Aris.

ARIS CHATZISTEFANOU: Thank you for having me.

DIMITRI LASCARIS: So, Aris, there’s been considerable debate in the media about the role of austerity in this tragedy. For example, on July 26, Canada’s Globe and Mail published an op-ed by Greece’s former Finance Minister Yanis Varoufakis, entitled Austerity, Not Just Climate Change, Is to Blame for Greece’s Deadly Fires. Do you agree that austerity played a major role in this disaster? And if so, how specifically did budget cuts diminish the ability of the Greek authorities to respond effectively to these fire?

That was the main story that the government wanted to promote, together with other information like climate change and the very strong winds, exactly because they wanted to hide the consequences of what you are mentioning: The austerity policy that was imposed by the so-called troika, which is the IMF, the European Central Bank, and the European Commission. And that was promoted not only by the previous center-right and right-wing government, but also by the so-called left-wing government of Alexis Tsipras.

So by focusing only on the illegalities of construction is like blaming the victims, in a way. They are saying, we are not responsible that we don’t have enough airplanes or vehicles for the fire brigade. We are not responsible that we are not giving enough money for the hospitals or the, you know, the parts of the civil protection mechanism, because we want to give that money to foreign banks and our foreign lenders. You are responsible because of illegalities, and in general climate change is responsible, because we will see more fires like that in the future. And the same thing applies for the European Union. They, you know, European members of parliament or other bureaucrats are saying that our hearts and prayers are with Greece. But you know, we never asked for hearts and prayers. We asked not to destroy the economy of this country, and that’s exactly what they did.

They are saying now, officials from the European Commission, that look, we didn’t impose any cuts in civil protection. Which is half the truth, because because of their policies we’ve lost 25 percent of our GDP. So even if the budget as a percentage of GDP remains the same, immediately we’ve lost 25 percent of the money that we could spend for hiring more firefighters, for taking new airplanes or vehicles for the, for the fire brigade. So these people that imposed these austerity policies, I think that they have blood in their hands at the moment.

DIMITRI LASCARIS: So during this period of extreme austerity, Aris, which began in Greece around 2010, how has the Greek government’s approach towards military expenditures compared to its approach to expenditures on public support protection?

ARIS CHATZISTEFANOU: This is a very interesting point, because you should remember that Greece has the second-biggest military budget as a percentage of its GDP among members of NATO. And if you remember, when Donald Trump came to Europe, and he was furious against the political leaders of other countries, saying that you should spend 2 percent of your GDP for NATO, he didn’t have to say anything about Greece, because Greece was already spending more than 2 percent, almost 2.5 percent, for buying weapons from United States in countries like Germany and France, which, by the way, are big lenders of Greece. And we, we were obliged to buy weapons from them if we wanted them to proceed with new loans within the troika, and within the so-called salvation mechanism.

So this state in Greece, it can find money for weapons. It can find money to make military exercises with Israel, or with the dictatorship in Egypt. But when we ask them to find more airplanes for the fire brigades, or to find more money for the civil protection, they say that we are a poor nation, we have obligations towards our lenders, and there’s nothing we can do.

DIMITRI LASCARIS: Recently you penned an op-ed in which you denounced what you describe as a witch hunt against those who have criticized the response of Greek authorities to the disaster. Could you explain to us what you meant by witch hunt?

ARIS CHATZISTEFANOU: Unfortunately, in the first hours and days of this horrible destruction in this area near Athens, where 92 people lost their lives, the government was trying just to promote a communication strategy and not to save these people, or at least find solutions to avoid incidents like that in the future. So the first 24 hours, the propaganda strategy was that we should not blame anyone at the moment. We should just try to save lives. The second day, they were putting blame on the victims themselves, saying that you are living in places where you don’t have legal houses and legal constructions. And we have to say here, of course, that for all these years the consecutive governments were taking taxes from these people. They were accepting their money, and they were sending them to the national budget or to our foreign lenders. But when they were in need, when they wanted the public sector to support them, suddenly they became illegal.

So whoever was criticizing the government, whoever was saying that this is not just the nature, this is a problem of the neoliberal agenda that you imposed in Greek economy, was stigmatized, in a way, that he’s not interested about the ongoing operations, that he’s not interested about the dignity of the victims, et cetera, et cetera. So they were trying to put the blame in the victims, and on the people who were criticizing them.

ARIS CHATZISTEFANOU: You know, what he said is that he’s assuming political responsibility, which is something that he has, as we say, ex officio, because of his position. Of course he’s politically responsible, but that doesn’t change anything. We have to add, of course, that in the following days he went on public television, and he said that he will take two new measures to stop illegal constructions. But again, that was not the main problem. I’m not saying that it’s not a problem, but it’s not the main problem, because austerity and the destruction of the public sector is the main factor here. He didn’t say anything about that.

DIMITRI LASCARIS: Well, we’ve been speaking to Aris Chatzistefanou, a Greek journalist and documentary maker, about the devastating wildfires around Athens, Greece. Thank you very much for joining us, Aris.

DIMITRI LASCARIS: And this is Dimitri Lascaris, reporting for The Real News Network from Montreal, Canada.