In part two, Lawrence Lanahan says the fight for fair housing did not end after the civil rights movement.

In part two, Lawrence Lanahan says the fight for fair housing did not end after the civil rights movement.

The Lines Between Us 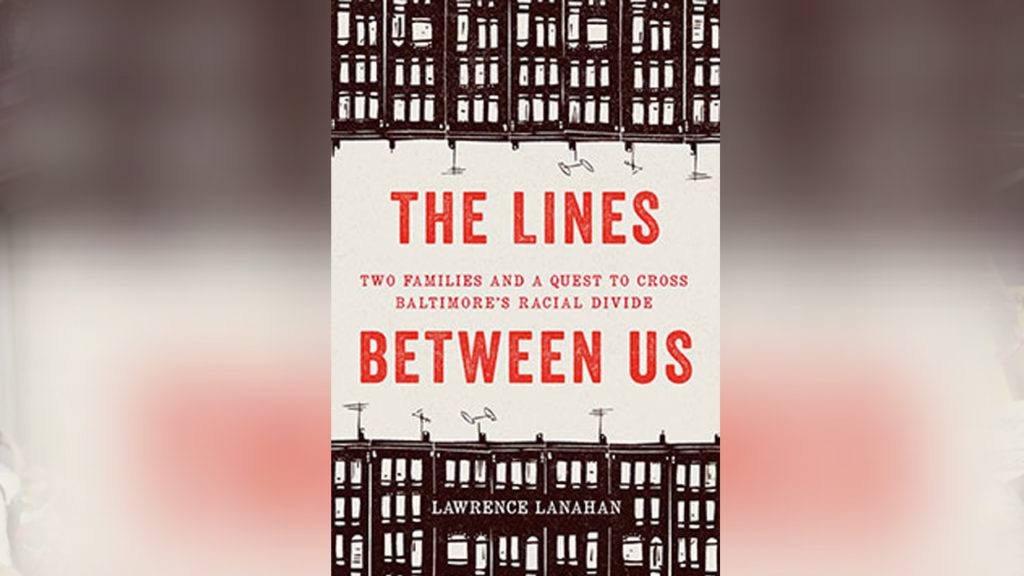 JAISAL NOOR Talk about—And so, you mention one of the hearings that took place in the city about affordable housing, but there’s, sort of, these different moments throughout your book where you see these different groups of people clashing over this fundamental issue about who gets to live where.

LAWRENCE LANAHAN That is the question.

JAISAL NOOR And people on the other end, on the wealthier end, they see this as an attack on what they have earned or their privilege. And they will do anything to fight it and to oppose it.

LAWRENCE LANAHAN Yeah, yeah. I mean, that—You do. You see scene after scene after scene of people opposing any kind of change in the residential patterns in this region. I suppose they will put it in terms of protecting their property values or the character of the community. There are all these ways of talking about it that give them plausible deniability that has anything to do with discrimination. And they may absolutely believe that, oh, this is I just don’t want my roads to be crowded, I don’t want my school to be overcrowded. But another theme that the book gets into is disparate impact, which is you’re not looking for the racist person and the racist thing they said or did, you are finding the outcomes of our policies. And if they have a disparate impact on groups that are protected under civil rights law, like I said, you know, race, color, family structure, disability. And so, you know, maybe nobody said anything discriminatory, but there are tools in American law and regulation that allow you to take action when there are disparate impacts.

If this policy is creating this segregation, this inequality, there are things that you can do about it. And what you see through the book is some of those tools start to get used. And I’ll give you an example. I just had a talk about the book with Noliwe Rooks, who I know you talked to Dr. Rooks. She wrote a book about segregation in education and she talked about how after Brown v. Board, you know, in the South they launched this campaign of massive resistance. You know, we’ll use white and black taxpayer money to create private white segregation academies. You know, we’ll shut the public schools down, and just put the white kids up in here. But when the 1964 Civil Rights Act came along, it said you can’t discriminate in the use of federal funding.

And the federal government under Johnson actually said, you know, if you don’t desegregate, we’re going to stop funding you. And all of a sudden, they were like, oh, oh, all deliberate speed. [snaps fingers] Let’s go. And they desegregated the schools pretty quickly to the degree that I’m pretty sure that Southern schools are less segregated than Northern schools. And so, that was kind of undercut in the 70s when there’s a Supreme Court decision saying you can’t deal with school segregation at a metropolitan level. Like once people, families get across the city line, you can’t force them to go to the school with city kids. This is the Milliken decision in ’74. So you had this judicial ruling saying, no, no, not the region.

Well, fast forward 20 years later and the ACLU of Maryland and some public housing tenants filed Thompson v. HUD here in this region saying, you all segregated public housing by law when you built it. Now you want to tear down the public housing high rises and just rebuild all their replacements in the same—Like you have an opportunity to right a historic wrong, to put public housing around the region. If you resegregate literally brick-by-brick what you built in the 40s and 50s, like, that’s not okay. That’s not legal. And eventually, a federal judge—You know, they sued the city and HUD. They didn’t find against the city, but they found on one count against HUD. They did not affirmatively further fair housing and the judge said you failed to consider regionalization. You failed to even try to put assisted housing in the suburbs. So it’s like the opposite of Milliken, right? It’s like you should have dealt with this regionally.

And so, you know, eventually housing mobility becomes less and less controversial. Barbara Samuels, the lawyer for the ACLU of Maryland, her lesson is just do it. That people will go bonkers before you put low-income housing in the suburbs, but once it’s there they don’t have much to say. They don’t notice much difference. So her thing is just get it out there, do it. And now Governor Hogan’s putting it out there. I mean, it took a federal housing complaint and a settlement, but you know, they’re building low-income housing in Bel Air and Fallston and Eldersburg and Towson and all these mostly white places that had resisted it forever.

JAISAL NOOR And you know, I think your book is especially important because these stories, this history are just not taught in public schools. They’re not part of the discourse or really get the justice, the attention they deserve in the mainstream media. So I think this serves as an important contribution to telling this story. And I guess, I want to end on asking you, sort of, what impact this had on you.

LAWRENCE LANAHAN Well, it just made me a whole lot more reflective. I mean, one thing I ended up doing because I’m kind of a data nerd—You know, I grew up in Bel Air, so a white suburb, right? And until I was 18. Then I went off to college, you know. And now I’ve lived in Baltimore for most of the last 18 years, right? It’s been this, like, slow-motion whiplash of just going from utter opportunity to a city that block-by-block things change so drastically. You just see the inequality. And so, I went back and looked at the data and I found a census report from 1990, you know. And my census tract in Bel Air was 95% percent white and I just thought that was utterly normal. We never went anywhere else. That just, you know—

And so, I went to college at St. Mary’s College of Maryland down in southern Maryland. It’s a public school, you know, and it just—I came out of that college wanting to just smash that culture that had made me think that white was normal and that we deserved wealth and all the policies that pushed it our way. And I looked in the factbook for my freshman year in college and it said that the college was 80% white. That’s too white for a state school, right? But just that 15% difference turned my head around. And it just made me value every interaction and every experience I have in this city where people are drawn together and forced to cooperate. It makes me appreciate density. It makes me appreciate my bus driver saying “good morning” when I get on the bus. I mean, it’s just—It also makes me mad.

I always end up very upset at the end of these interviews because I know I’m going to walk out and I’m not quite sure what’s going to change despite laying out this history of quiet, covert, you know, discrimination and policies that drive us apart. So it has motivated me, it has made me come to understand my own narrative differently, and it makes me appreciate the, you know, grassroots organizing. And it makes me appreciate the structural drivers of all this. That if you can connect the grassroots organizing to the structure—I mean, you can get transactional change. You can get that like Sagamore, like a hundred million bucks in the black neighborhoods. They’ll do that. That’s transactional.

That will help as many people as it helps for as long as the money’s there, but once that money’s gone, what is the incentive toward equality and toward integration after that money’s gone? You know, if they had been forced to say, we will always have 20% affordable housing in this neighborhood, that would’ve been structural. That would’ve been transformative and more inclusive. And every time you look at one of these things, you see that people will give up a little of what they got— the powerful people— but they won’t change the structure to keep generating that. You know, so—

JAISAL NOOR So the question of who gets to decide, who has the agency—

LAWRENCE LANAHAN Who has the agency? Who benefits? You know, I took a picture from the Port Covington hearing, which was just people holding up signs that say, “Who benefits?” And that is just—That is my frame now. That’s the way I see everything.

JAISAL NOOR Lawrence Lanahan, thank you so much for coming in and for writing this book, The Lines Between Us. It’s available now. I strongly recommend it. It’s an incredible history. It gives you the policy and it gives you the background, but it also gives you the stories which are really powerful and impactful. And I definitely appreciate it.

LAWRENCE LANAHAN Thank you and thank you for your work. You’re doing the same thing every day covering things that nobody else seems to find deserving of coverage, so I appreciate that. You and everybody here.

JAISAL NOOR Thank you. Appreciate it. Thank you for joining us at The Real News Network.

Several years ago, journalist Lawrence Lanahan produced WYPR’s “The Lines Between Us,” a multimedia public radio series about regional inequality. Lanahan’s first book, The Lines Between Us: Two Families and a Quest to Cross Baltimore’s Racial Divide, was published in May 2019.