Spain held its second parliamentary election this year last Sunday, and the anti-immigrant and nationalist Vox party doubled its representation. But the vote might not resolve Spain's political impasse.

Spain held its second parliamentary election this year last Sunday, and the anti-immigrant and nationalist Vox party doubled its representation. But the vote might not resolve Spain's political impasse. 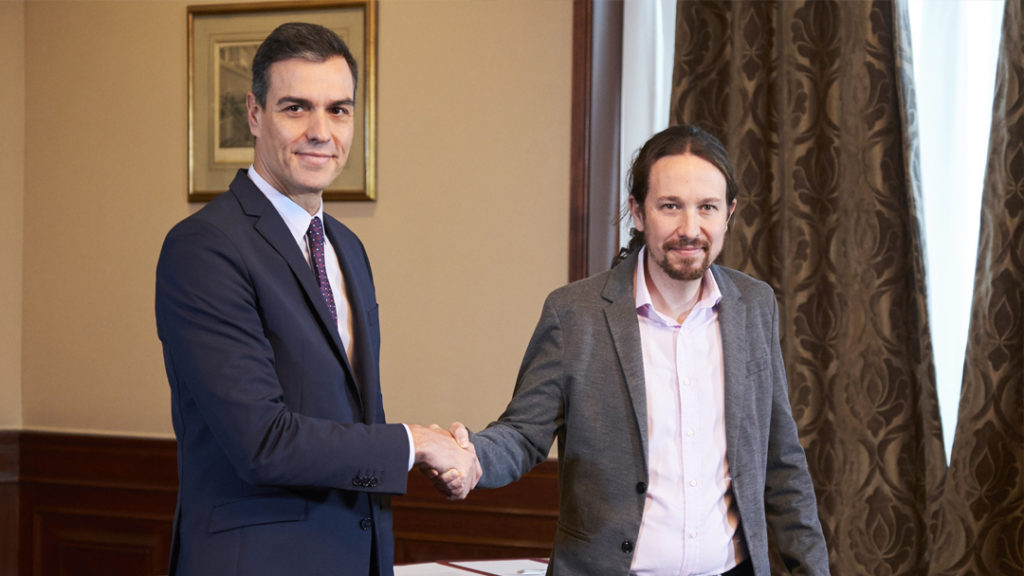 A radical far right party won an important victory in Spain’s parliamentary election last Sunday. The party known as Vox, managed to more than double its representation in Spain’s parliament from 24 seats to 52 seats. Meanwhile, the socialist workers party of Spain, the PSOE, which is really a social democratic party, won 120 seats, losing only three. And the leftist Unidas Podemos party won 35 seats, losing seven compared to the previous election. This was the second parliamentary election in Spain this year because the April election had resulted in a stalemate where no party was able to form a coalition government. Sunday’s election result, however, does not really change the balance of forces in parliament.

Joining me now to discuss Spain’s election results is Sebastiaan Faber. He’s professor of Hispanic studies at Oberlin College and author of the book Memory Battles of the Spanish Civil War. Welcome come back to the Real News Network, Sebastiaan.

SEBASTIAAN FABER: Great to be back, Greg.

GREG WILPERT: So let’s start with the rise of the Vox party in Spain. What does it stand for and why did it do so well in this last election?

SEBASTIAAN FABER: Vox is a very young party. It was founded in 2013 and it only made its first entry into regional parliament at the end of last year. And then in April this year it entered the national parliament for the first time with 24 seats, like you said. It’s a far right party comparable to similar parties elsewhere in Europe; it wants to re-centralize Spain. Spain currently has a semi-federal structure and Vox wants to get rid of that. It wants all power concentrated in the capital. It is opposed to what it sees as the dictatorship of political correctness of the left. It claims the right to freedom of speech, just like far right parties do in Northern Europe.

It is opposed to legislation to protect women from domestic violence, which it says demonizes men all over and is a product of a nefarious gender ideology. It’s opposed to special protections for LGBTQ communities. So it’s really a far right party whose main engine is an intense Spanish nationalism. You saw the pictures; there’s now flag-waving. It’s far right populist. Why it suddenly was able to more than double its representation in parliament is a question that sociologists and political scientists would have to figure out. What’s happened really, what we saw happen on Sunday, is a shift within the right block, the factor most immediately responsible for this ballooning of the support for Vox must be tied to almost total collapse of the citizens party. Also this young party which entered the national stage with a claim to the common sensical center, at which very quickly moved to rights, especially on the national issue.

And if there’s any lesson to be taken from the election on Sunday, it’s that parties who think they can win votes by shifting further to the right, closer to your far right populist parties, will always lose to the real deal, which is what those far right populist parties offer, at the same time that they make acceptable and mainstream those far right positions. So Cuidadanos, Citizens-Party, lost 47 seats on Sunday and went from the third largest party to somewhere in the sixth or seventh position. And its leader, Albert Rivera, resigned the next day in shame and is leaving politics altogether.

GREG WILPERT: So the most recent news out of Spain indicates that the PSOE and Unidas Podemos agreed to form a coalition. However, even if others leftist parties join them, they won’t have enough votes to constitute a majority in parliament. So what do you think will happen? Will they form a minority government? And if so, what does this mean? And what kinds of policies could they pursue under such conditions?

SEBASTIAAN FABER: The announcement of this coalition came very soon, only two days after the elections on Sunday. I think very few people had expected this to happen so quickly, especially because following the April elections which gave results, which wasn’t all that different from Sunday. After the April election, it took forever for them to negotiate and they never reached an agreement in the end and that’s why there were new elections on Sunday. And it’s true like you say, that even if they joined forces in the parliament, they’re still at least 21 seats short of parliament majority.

Having a majority in parliament is important for two reasons. One, a prime minister needs to be voted into power. That’s a true vote. And for that, at the first round of voting, you can get an absolute majority, or in the second round you have more yes votes than no votes, which means regardless that Unidas Podemos and the socialist party would have to negotiate with other parties in parliament for either direct support or at least an abstention. The same is true for all other forms of legislation that would follow this investiture vote of a prime minister and information of a government, especially of course the all-important budget votes. So for that to happen, Unidas Podemos and the socialist party will have to sit down and negotiate with other parties, some of which are very small. But even those tiny parties will help with the weight and the scale to tip those scales. That will make things complicated.

So the fact that the coalition was announced doesn’t mean that it will happen. It will make things complicated, but I think it’s for the better because among the parties that the socialist party and the Unidas Podemos will have to sit down and negotiate with are those parties that represents strong feelings in some of the regions such as Catalonia, or the Basque country that have strong opinions about Spain’s territorial makeup. In they run up to these elections, most mainstream parties, especially the Socialist Party, the conservative Partido Popular, let alone Vox, made a point of denying basically the reality of this territorial issue; the fact that it is simply true that large sections of the population in the Basque country and in Catalonia are not happy with the current arrangement. By denying that, they basically shut the road for any political negotiated solution, which is really the only way that this will ever be solved.

So sitting down with those parties and listening to them and maybe even making some concessions to them in this process of building a viable government, will ultimately be good. And it may even help break down some of the stalemates within Catalonia, especially the left republican party in Catalonia is the largest of the pro-independence parties in the national parliament in Madrid. And they may well take this opportunity of this new coalition government to change their position within Catalonia and weaken their support for independence and work toward a more negotiated solution.

GREG WILPERT: Now Spain actually is actually in an interesting historical situation compared to the rest of Europe in that it went through this Civil War in the 1930s between… and the left was led primarily by anarchists and the right was primarily led by fascists, in which the fascist ultimately won. And then almost the last country in Europe to democratize only when Franco died in 1975. So I just want to look at what role would you say does this history play now in the rise of the far right with Vox and the formation or the possible formation of a left, center-left government in Spain?

SEBASTIAAN FABER: There’s a couple of things I want to point out here. First, that the coalition of two parties to the left that is currently in the works would be historic because it’d be the first time that something like this occurs since the 1930s. So since the years before the Spanish Civil War. It’s not quite true, like you said, that the Civil War was fought primarily between anarchists and fascist. It’s a little bit more complicated than that. The republican side was a broad mix of leftist forces ranging from moderates, left to center liberals, to obvious anarchists. This was a complicated situation. But it’s true, like you said, that Spain was ruled by a fascist or fascist-like dictatorship until the death of Franco in 1975. What the role has been of the past on the elections on Sunday is also a complicated question.

And most immediately you could say the elections were timed badly. They occurred shortly after two important occurrences these memory battles front and center. One was the Supreme Court sentence through which nine pro-independence Catalan politicians and activists were sentenced to severe time in prison and the other one with the exclamation of former dictator, Francisco Franco from his tomb in the Valley of the Fallen. Both of these happened in October, only a few weeks before the election. What this helped do is it helped put the territorial question front and center, giving fuel to Vox’s extreme centralism and the skepticism that many have.

The second thing it did; it helped fuel the culture war that also is one of the forces pushing the ballooning of Vox. What Vox says about the past is that, one, any Spaniard should have the right to defend the legacy of Franco, if he or she feels so inclined. And there were many good things about the decision. But in any case, there is really no reason to go back to the past and seek historical justice, or have a truth commission, or have the Spanish government assist the victims of the Franco regime. All that for Vox is an anathema. In practice, Vox attracts some of the Spanish population who are nostalgic of the Franco regime or have generally a positive image of the Franco regime. So the examination taking place so shortly before elections really helped fuel this culture war that Vox is trying to mobilize to its own event.

GREG WILPERT: Okay. Well, we’re going to continue, of course, to follow the developments in Spain, but we’re going to leave it there for now. I’m speaking to Sebastiaan Faber, professor of Hispanic studies at Oberlin College. Thanks again, Sebastiaan, for having joined us today.

Sebastiaan Faber is a professor of Hispanic Studies at Oberlin College. He is the author of the book Memory Battles of the Spanish Civil War.

Dimitri Lascaris Reporting From Spain Aboard The Freedom Flotilla