Prof. Vishwas Satgar provides a climate justice critique of South African political parties: What are the commitments of the ANC, DA, and EFF to a deep, just, life-sustaining transition?

Prof. Vishwas Satgar provides a climate justice critique of South African political parties: What are the commitments of the ANC, DA, and EFF to a deep, just, life-sustaining transition? 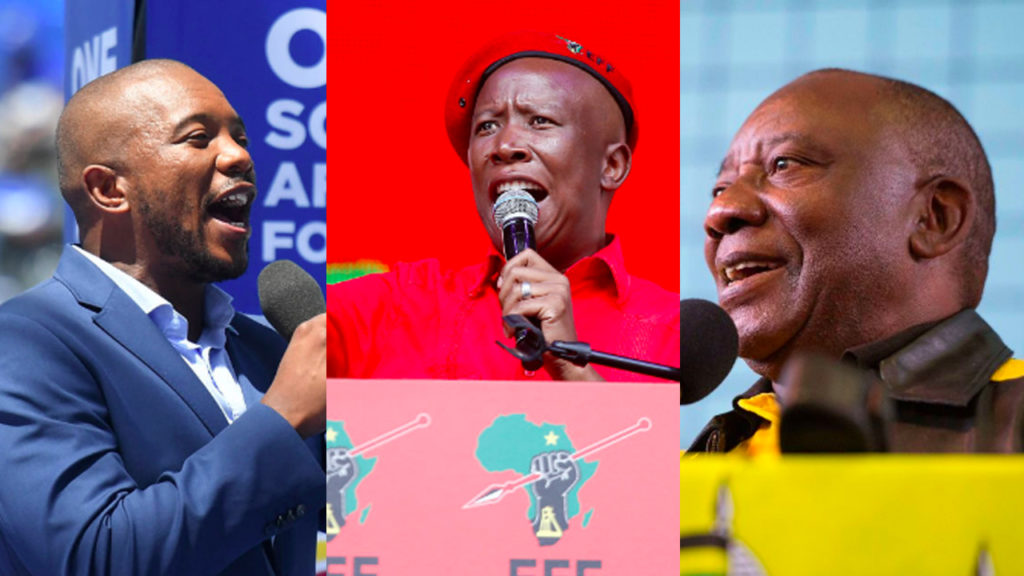 SHARMINI PERIES Welcome back to my conversation with Dr. Vishwas Satgar. He is an Associate Professor of International Relations at Wits University in South Africa. We’ve been talking about the upcoming May 8th elections and the environmental policy of the leading parties. So let’s assume that the ANC comes to power, which is likely given the political dynamics in the country and we are getting more of the same as far as South Africa is concerned. Do you think that the ANC is capable of grappling with this issue of climate crisis we’re facing?

SHARMINI PERIES And finally, Vish, what are the polls saying about this upcoming election?

VISHWAS SATGAR Right. So there’s various polls. There’s an Ipsos poll. There’s the South African Institute of Race Relations poll. The Ipsos poll— basically it suggests that there’ll be some kind of drop in ANC support, but not major. The ANC achieved 62 percent in the last election, so for the Ipsos, it’ll probably be one or two points drop in that. The major loss would be the DA in the Ipsos poll. The DA got about 22 percent in the last election and the Ipsos poll suggest it’ll probably be five or six percentage points or more. And of course, the EFF is in that poll seemed to be the kind of winner of gaining some ground. It achieved about 6 percent in the 2014 elections. The Ipsos polls possibly sees probably another 6 percent added, and so on. The South African Institute of Race Relations has done at least three polls and it is showing a massive drop in ANC support, probably closer to 50 percent. It’s also seeing some increase for the EFF with the DA remaining stable around 22 percent. These polls methodologically have various problems with them. It depends on their sample sizes, when they’re done, etc. As you know, they’re snapshots, so you have these two extremes right now in South Africa. One, showing a massive shift away from the ANC and some realignments towards the smaller parties. On the other hand, you’re seeing a perspective that says no, the ANC will retain some ground. And then of course, some of the smaller parties like the DA would lose, etc. So it’s really hard to work out what this means in terms of prediction, in terms of outcomes. This election is going to be a very complex election. The province of Gauteng, which is the industrial heartland of the country— the ANC took a massive hit in Gauteng in the last election. Many people kept away from the polls, longstanding supporters of the ANC and so on. Now it’s going to be interesting to see what happens. South Africa is in crisis. We’re facing very serious challenges and it’s going to be interesting to see how people realign in this election. There are 48 parties contesting in this election, at least 19 more parties than the previous election. So there is a bit of a fragmentation of institutional politics, if you like. And it’s gonna be interesting to see whether any of these smaller parties pick up support, etc. given the disaffection. You also have at least nine million people eligible to vote that haven’t registered for this election. Six million of them are young people. And so there’s again a very strong disaffection factor in this election. And it’s going to be very interesting to see how these interests are represented in society. They’re not going to be reflected in the elections. Again, that in some senses is a big opposition party in itself but it’s outside of the political discourse and around how people are thinking of this election.

SHARMINI PERIES Alright. I’ve been speaking with Dr. Vishwas Satgar from Wits University in South Africa. And I thank you so much for joining us, Vish, and look forward to discussing the results with you after May 8th. Thank you for now.