With the revocation of the ICC Chief Prosecutor's US visa, Pompeo and Bolton are trying to make sure that no high-level US government officials are ever prosecuted for war crimes in Afghanistan and elsewhere, says Law Prof. Francis Boyle

With the revocation of the ICC Chief Prosecutor's US visa, Pompeo and Bolton are trying to make sure that no high-level US government officials are ever prosecuted for war crimes in Afghanistan and elsewhere, says Law Prof. Francis Boyle 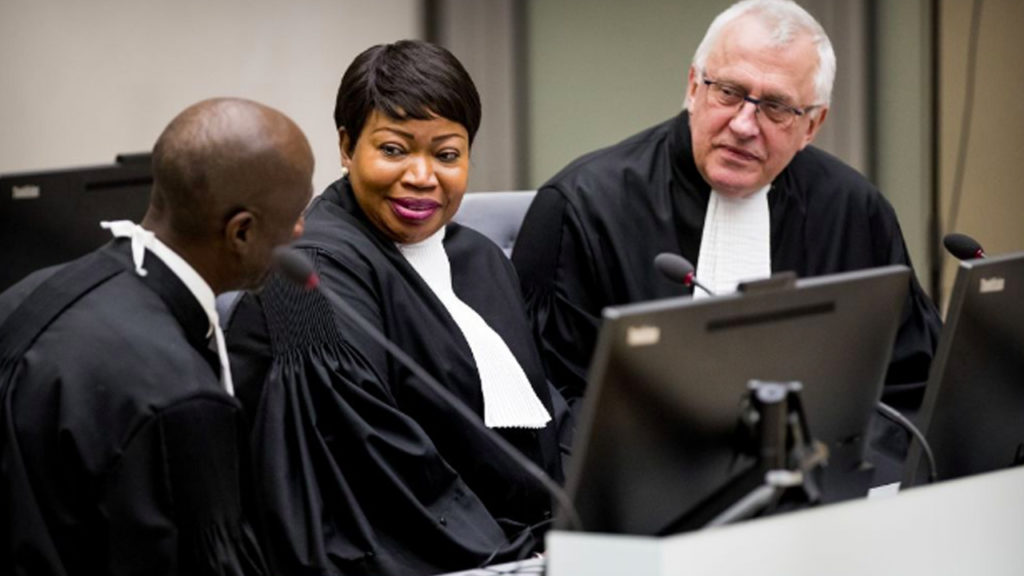 GREG WILPERT: It’s The Real News Network and I’m Greg Wilpert in Baltimore. I’m continuing my interview with international law professor Francis Boyle about the Trump administration’s efforts to block the work of the International Criminal Court when it revoked the visa of the I.C.C.’s Chief Prosecutor, Fatou Bensouda. Professor Boyle, in the clip that I played in our first segment, Secretary of State Mike Pompeo mentions the policy of obstructing the I.C.C.’s work with regard to U.S. military personnel and you already clarified that this really involves high-level government officials, but Pompeo also mentioned allied militaries and he specifically named the Israeli military as being another group that they want to protect. How do you read this inclusion of Israel? Is the I.C.C. actually investigating Israeli soldiers, as well, for war crimes?

FRANCIS BOYLE: Yes, that is correct. I was the one who advised Palestinian President Mahmoud Abbas to accept the jurisdiction of the International Criminal Court. They have done this. There is now a complaint filed with the I.C.C. against Israel for war crimes and crimes against humanity, including the settlements policy. So yes, that is being investigated now. I guess we’ll wait and see what if anything the I.C.C. does with that complaint as well.

GREG WILPERT: You, yourself, have also filed another petition with the I.C.C. back in 2010 to hold George W. Bush, Richard Cheney, Donald Rumsfeld, George Tenet, Condoleezza Rice, and Alberto Gonzales accountable for the policy that came to be known as extraordinary rendition. Why do you believe that they should be taken to the I.C.C. and what is the status of this filing?

FRANCIS BOYLE: Right. Well the United States government is not a party to the Rome Statute. However, these individuals did commit the Rome Statute crimes in Rome Statute states and particularly, all over Europe– either in Europe or in airplanes flying over Europe. And the crimes– now, there are many crimes but the two I identified in particular were the enforced disappearance of human beings, kidnapping, and then second, torture. And as I argued in my complaint, which is about 90 pages long, I just sent you the letter for transmittal, the practice was widespread and systematic. So that makes it a crime against humanity under the Rome Statute and this is now what Bensouda is investigating. Again, it’s two parts. One, torture in Afghanistan because Afghanistan is a party to the Rome Statute. And as I said, the late professor Dr. Bassiouni documented torture at U.S. sites there in Afghanistan. And then second, the second prong of her investigation is for the Bush Jr. policy of extraordinary rendition taking place in I.C.C. member states that does give her jurisdiction to do this. So yes, right now that is what she is looking at, which is what they’re concerned about.

GREG WILPERT: Now, of course as you mentioned, it’s basically possible to list all kinds of examples of how the U.S. government ignores and violates international law. A recent example that comes to my mind are the very harsh sanctions that are being imposed against Venezuela, which violate international law because they violate the O.A.S. Charter and the U.N. Charter that prohibit unilateral sanctions. Noam Chomsky, very aptly, thus named the U.S. a rogue state because of its willingness to ignore or violate international law. Do you see any hope that the U.S. could be reined in when it comes to the actions of the U.S. government and if its economic might? What’s the hope that actually these things might have an effect to change U.S. policy?

FRANCIS BOYLE: Well, yes. There was a U.N. special rapporteur there last summer. A friend of mine, Alfred de Zayas, put out a report saying, and has made numerous statements since then, that what is going on there is a crime against humanity, given the harsh sanctions. And that’s certainly the way I see it, at least the crime against humanity, for sure. Reining it in– how do we rein in any other instance of U.S. aggression and criminality around the world? It’s up to us, the American people, to oppose this.

GREG WILPERT: Well we’re going to have to leave it there for now. I was speaking to Professor Francis Boyle of the University of Illinois. Thanks again, Professor Boyle, for having joined us today.

FRANCIS BOYLE: Well again, thank you very much for having me on and my best to all my friends there at Real News. Keep up the good work.

GREG WILPERT: Thank you and thank you for joining The Real News Network.

Francis Boyle is a Professor of Law at the University of llinois School of Law, where he currently teaches courses on Public International Law and International Human Rights. He was a part of the prosecutionteam that tried former US President George W. Bush, Dick Cheney, Donald Rumsfeld and their legal advisors in absentia in Malaysia.