Rep. Ilhan Omar (D) of Minnesota presented Elliott Abrams with uncomfortable facts about his past illegal activities and asked him whether he would pursue similar human rights violating policies against Venezuela as he did against Latin America in the 1980's

Rep. Ilhan Omar (D) of Minnesota presented Elliott Abrams with uncomfortable facts about his past illegal activities and asked him whether he would pursue similar human rights violating policies against Venezuela as he did against Latin America in the 1980's 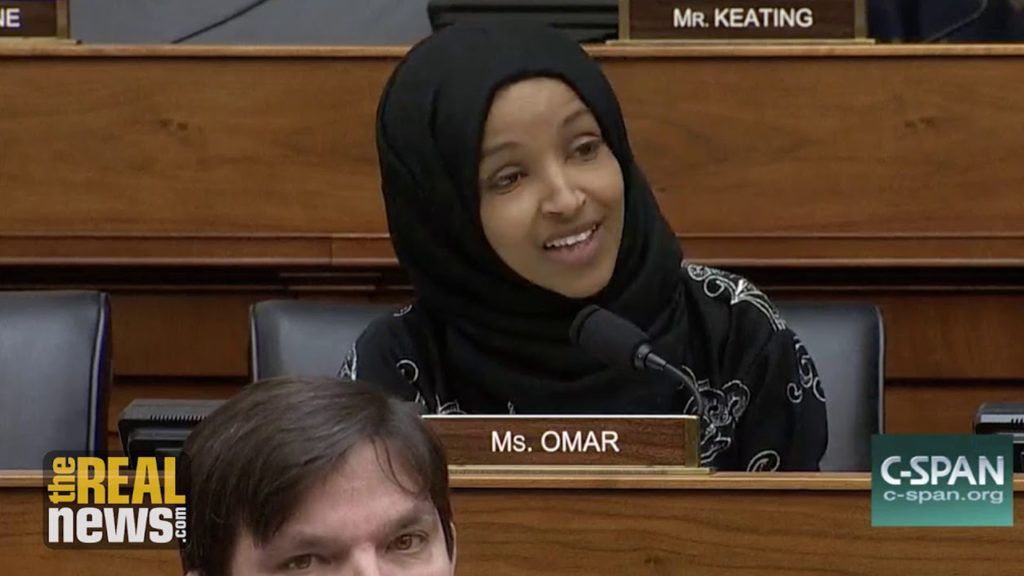 Thank you all for being here, and thank you for your testimonies. Mr. Abrams, in 1991 you pleaded guilty to two counts of withholding information from Congress regarding your involvement in the Iran-Contra affair, for which you were later pardoned by President George H.W. Bush. I fail to understand why members of this committee or the American people should find any testimony that you give today to be truthful.

ELLIOTT ABRAMS: If I could respond to that-

ELLIOTT ABRAMS: It is not–It is not right that this committee can attack a witness who is not permitted to reply.

ILHAN OMAR: That was not a question. On February 8–That was not a question. Thank you for your participation. On February 8, 1982, you testified before the Senate Foreign Relations Committee about U.S. policy in El Salvador. In that hearing, you dismissed as communist propaganda a report about the massacre of El Mozote, in which more than 800 civilians, including children as young as 2 years old, were brutally murdered by U.S.-trained troops. During that massacre, some of those troops bragged about raping a 12-year-old girl before they killed them–girls before they killed them. You later said that the U.S. policy in El Salvador was a fabulous achievement. Yes or no, do you still think so?

ELLIOTT ABRAMS: From the day that President Duarte was elected in a free election to this day, El Salvador has been a democracy. That’s a fabulous achievement.

ILHAN OMAR: Yes or no, do you think that massacre was a fabulous achievement that happened under our watch?

ELLIOTT ABRAMS: That is a ridiculous question and I will not respond to it.

ILHAN OMAR: Yes or no?

ILHAN OMAR: I will take that as a yes.

ELLIOTT ABRAMS: I’m not going to respond to that kind of personal attack, which is not a question.

ILHAN OMAR: Yes or no, would you support an armed faction within Venezuela that engages in war crimes, crimes against humanity, or genocide, if you believe they were serving U.S. interests, as you did in Guatemala, El Salvador, and Nicaragua?

ELLIOTT ABRAMS: I am not going to respond to that question. I’m sorry. I don’t think this entire line of questioning is meant to be real questions, and so I will not reply.

ILHAN OMAR: Whether you, under your watch a genocide will take place, and you will look the other way because American interests were being upheld, is a fair question, because the American people want to know that any time we engage a country that we think about what our actions could be, and how we believe our values are being furthered. That is my question. Will you make sure that human rights are not violated, and that we uphold international and human rights?

ELLIOTT ABRAMS: I suppose there is a question in there, and the answer is that the entire thrust of American policy in Venezuela is to support the Venezuelan people’s effort to restore democracy to their country. That’s our policy.

ELLIOTT ABRAMS: That is always the position of the United States.

ILHAN OMAR: Thank you. I yield my time.