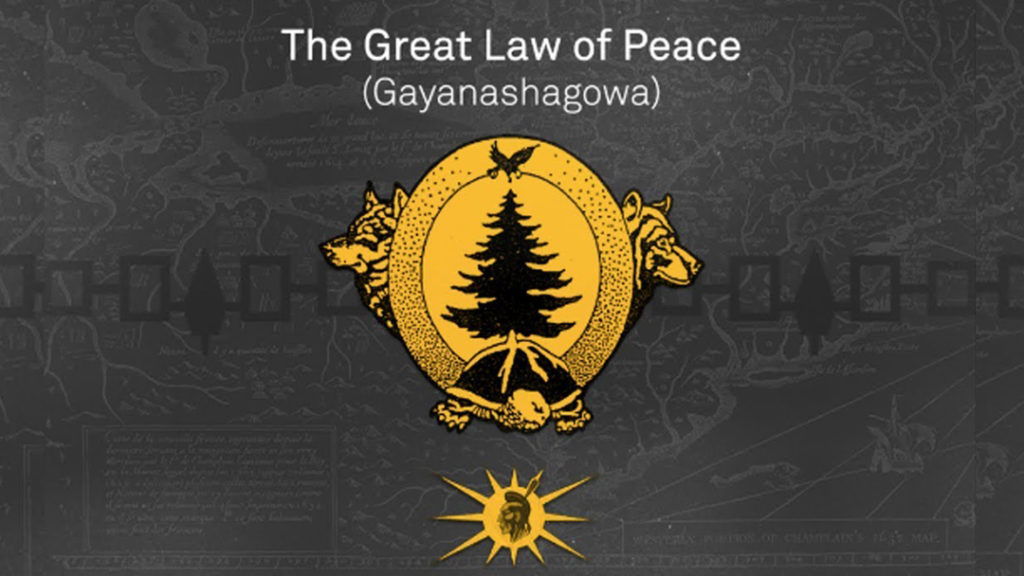 Earlier this month, Francois Legault, the Premier of the Canadian province of Quebec where I’m currently situated, apologized for how Quebec has treated Indigenous peoples. This is some of what premier Legault had to say.

FRANCOIS LEGAULT: The report evokes troubling situations in which Indigenous persons are victims of discrimination. This observation evokes painful sentiments. What is in question here is human dignity. Whether one is a child, a woman, a man, whether one is of Indigenous origin or not, we all are human beings and we all have a right to our dignity.

DIMITRI LASCARIS: Premier Legault’s apology followed the release, earlier that week of a damning report that concluded that in Quebec, Indigenous peoples are subject to, quote, “systemic discrimination.” The apology was the first of 142 recommendations made in the report issued Monday of that week by retired Quebec superior court justice Jacques Viens. Premier Legault said he would study all those recommendations and work with Indigenous groups to improve the situation.

MARIE-CLAUDE LACROIX: Very happy to be with you.

DIMITRI LASCARIS: So first of all, Marie-Claude, please summarize for us what you consider to be the most damning aspects of the Viens report.

MARIE-CLAUDE LACROIX: Well, I act as Two Row Wampum Liaison for the Kanienkehaka Traditional Council. Traditionalists are anchor in their culture, they’re anchor in their thousand years old culture. What’s happening with the Viens report–it doesn’t respect the initial agreement that the Canadian government is still bound to legally, to the Two Row Wampum Peace Treaty to this day. So my role is to remind our non-Native side of the government that they are legally bound to the Two Row Wampum Peace Treaty and that this is the only legal and respectful dialogue that they can have with Natives.

DIMITRI LASCARIS: And what are the principle aspects of the peace treaty with which the Quebec government has not complied?

MARIE-CLAUDE LACROIX: Well, pretty much all of them. Because when you think about traditional Native, they are a matrilinear society. Their mothers are the authority. So when you live in a community, you don’t have the need for social services. You don’t have the need for police. Your ancestral law dating back more than 2200 years old has established piece and maintained it for more than 2000 years. So basically, the way of life of the Native is key here. They are living in a community, they respect their elders, they would never leave it up to the state to basically raise their children. So when you talk about schooling that are now, according to that report, needed–more education, more social services, more police–you’re talking about non-Native structures that are imposed on the ancestral cultures of the Native that precede those colonial laws.

MARIE-CLAUDE LACROIX: Not at all. Because if you don’t start with a good foundation, you won’t have the proper dialogue. We are facing an emergency right now everywhere on our Mother Earth, and we have to call upon the ones that have the ancestral knowledge of the Earth to guide us. I think that by now, we can clearly establish everywhere around the world that the government did a very bad job in protecting the ecosystem that we depend on to survive.

DIMITRI LASCARIS: And Premier Legault, as I mentioned, has apologized to Indigenous peoples, but as we all know, words are cheap. Do you think, Marie-Claude, that his government–which many perceived to be right-leaning–can be counted upon to implement the recommendations of the Viens reports such as they are?

MARIE-CLAUDE LACROIX: It’s not that they cannot be count on to implement those recommendations, it’s that those recommendations break the ancestral law of the Native, break their ancestral culture. As I say, we just look at us non-Native. We don’t even have the luxury to raise our own children. We know this is an absolute nonsense, to be separate from our kids and then to think that we have a better job to do going and commodifying our Mother Earth. So this is a change of thinking we need to do. We need to call upon the people that can help correct what needs to be correct urgently.

DIMITRI LASCARIS: And finally, we’ve been talking this far, Marie-Claude, about the provincial government of Quebec. Of course, the status and rights of Indigenous peoples are profoundly affected in this country also by the policies and legislation adopted by the federal government. As you know, Justin Trudeau’s Liberal Party, after having been in power with a majority government for four years, in this past week’s election emerged victorious but with a minority government. How would you rate the performance of the Liberal government thus far on the question of Indigenous rights? And do you expect an improvement now that Justin Trudeau must govern with a minority?

MARIE-CLAUDE LACROIX: I can only call this an illusion. Because if you go mathematically speaking, the Great Law of Peace is the oldest constitution in existence, dating back more than 2200 years old. Would you think that if there were a true reconciliation, a respectful dialogue with the Native, don’t you think that they would mention something so massive, historically speaking, and the Native would be the one guiding the non-Native? It wouldn’t be the other way around, where our government would impose and tell the Native what they’re supposed to do with their culture.

A true reconciliation will reconcile with the fact that the land belongs to the Native. They are the caretaker of the land and that’s what they want to be doing everywhere on our Mother Earth and the laws that allow for pipeline to be put in place, to allow for nuclear to be, having all these disaster all around the earth, these are laws that our governments pass. So it is to find the solutions and the solution exists.

I have been exposed to the Great Law of Peace now for more than five years. I am convinced that the majority of the challenges that we are facing, the solution will come from the Native that stay true to their culture. If you think 500 years ago, who saved the non-Native? It wasn’t the Parliament Native, it was the Native that stay true to their culture, to their ancestral law, their medicine. So again, the Viens report, all of those statistic that anyone could be throwing at anyone doesn’t talk about the true issue, which is the Native are the one that should be telling us non-Native what it is to be an ally of them.

DIMITRI LASCARIS: Well, we’ve been speaking to Marie-Claude Lacroix, a Two Row Wampum Liaison of the Kanienkehaka Traditional Council. Thank you very much for speaking to us today, Marie-Claude.

MARIE-CLAUDE LACROIX: Thank you so much.