Environmental activist Juan Rosario says that, after Hurricane Maria, Puerto Rico must do more to transition to renewable energy

Environmental activist Juan Rosario says that, after Hurricane Maria, Puerto Rico must do more to transition to renewable energy 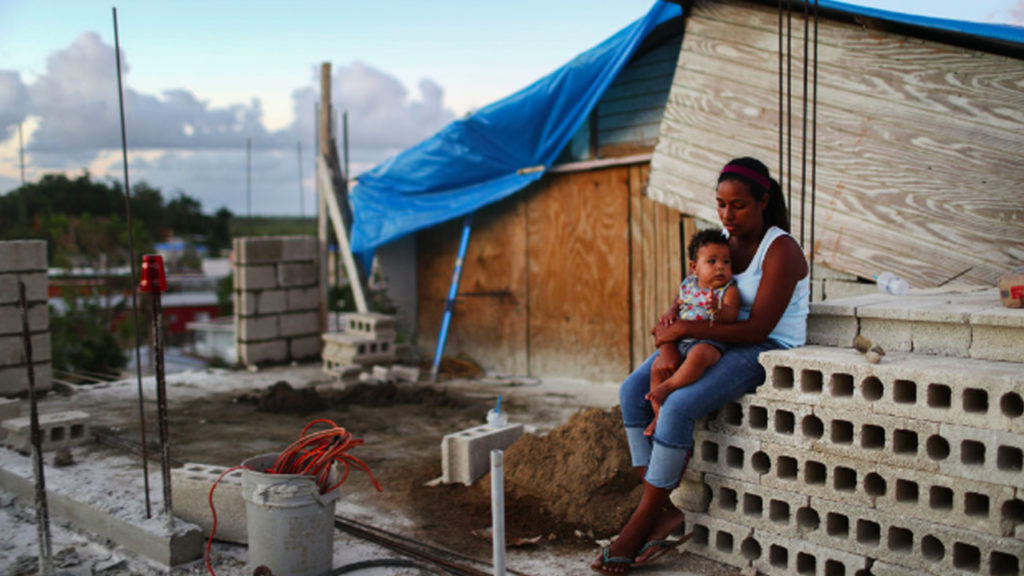 DIMITRI LASCARIS: This is Dimitri Lascaris reporting from San Juan, Puerto Rico. We are today at the second annual Puerto Rican Grid Conference, a conference which explores industrial solutions to the energy problems confronting the island. And I’m here today with Juan Rosario, the director of an organization called Amaneser 2025. Thank you very much for joining us on The Real News today.

JUAN ROSARIO: Thank you for having me.

DIMITRI LASCARIS: So could you tell us about your organization? When was it founded, why, and what does that seek to achieve?

DIMITRI LASCARIS: And you sat on the board, I understand, of the energy utility here in Puerto Rico, PREPA, for a number of years. Can you tell us in what capacity you were a board member? And what were you advocating for in your capacity as a board member during that time?

JUAN ROSARIO: I was the first ever consumer representative at the board ever to be proposed and voted by the clients of our utility. So I started working there in 2012, and for three years I was the representative of the people at that board.

DIMITRI LASCARIS: And you talk to me a little bit before the interview began about the use of gas, and the position that you took in terms of the island’s development of gas as an energy source. Can you tell me a little bit about that?

JUAN ROSARIO: Well, we were burning at that time around 20 million barrels of oil in our facilities to produce our electricity, and most of that fuel was very dirty fuel, and one that we wanted to get rid of. And we are still using it. It’s coal. So we thought that–we were advocating for renewable, or 100 percent renewable. We knew that wouldn’t happen in a decade, or probably two or three decades. So we thought it would be a good idea to use a liquefied natural gas as a transition fuel in order to get rid of coal. I still think that may have some sense. But that was three, four years ago. Now we are closer to the timing which we are going to have storage and renewable systems at a price that will be competitive with other fuel. So right now I’m not so sure that that’s a good idea. What I’m sure is that no matter for how short a period it is, we should never never, ever burn fracking gas. That’s another story.

DIMITRI LASCARIS: And do you feel that since Hurricane Maria–I mean, obviously there was devastating damage done to the island’s power generation systems. It took a long time for the electricity to become widely available again for the people of Puerto Rico. Do you feel that there has been significant progress made in diminishing the reliance of the island on fossil fuels for power generation? And do you think that the whole project of increasing the availability of renewable energy has made any real headway since Hurricane Maria?

JUAN ROSARIO: I think we are advancing. I see we are making some progress. I don’t think it’s fast enough. We are talking about being 100 percent renewable by by 2050. I think climate change won’t give us that amount of time. Climate change will push us towards it quicker than that. But anyway, some progress is being done. We, ourself, in our organization, are working with communities in the deployment of small systems of one to two cases that would be able to run. And they we are–we already have deployed some of them. Can make a house resilient in the sense that it can run the critical loads of the refrigerator, the TV, the lights, and some medical devices on their own. And so right now. It is becoming competitive with green power.

DIMITRI LASCARIS: Well, I’d like to thank you very much, Juan, for speaking to The Real News today.

DIMITRI LASCARIS: And this is Dimitri Lascaris reporting for real news from San Juan Puerto Rico.