Ali Abunimah of the Electronic Intifada discusses Barack Obama's abandonment of Palestinian rights and why, after recent comments that drew concern, new progressive star Alexandria Ocasio-Cortez should be encouraged to defend them

Ali Abunimah of the Electronic Intifada discusses Barack Obama's abandonment of Palestinian rights and why, after recent comments that drew concern, new progressive star Alexandria Ocasio-Cortez should be encouraged to defend them 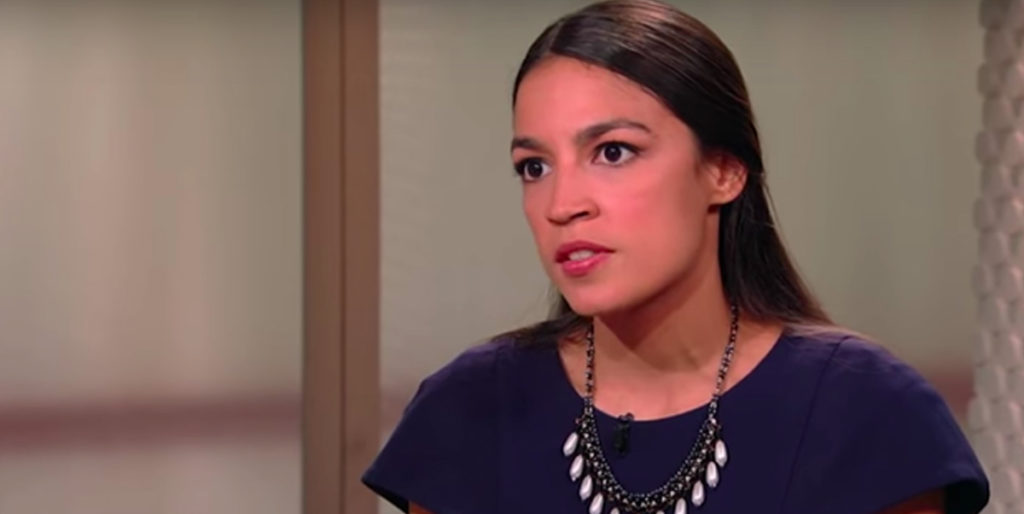 So, Ali, in the first part we were discussing Gaza, the ongoing Israeli attacks there. And you mentioned that the Obama administration, during the last major Israeli assault, we armed Israel. Which reminded me of a recent piece in the New Yorker that was called “The Maps of Israeli Settlements that Shocked Barack Obama.” And it’s a piece basically saying that Obama was presented with some maps of the West Bank near the end of his presidency showing massive settlement growth cutting up Palestinian land. And it includes this line. It says, “Ben Rhodes, one of Obama’s longest-serving advisers, said the president was shocked to see how systematic the Israelis had been at cutting off Palestinian population centers from one another.” And he talks about how this led to concern amongst the Obama administration officials and a strong desire on their part to to to address it.

So, Ali, you were critical of this piece when it came out. As someone who was critical all along of the Obama administration’s policy when it comes to Israel-Palestine, I’m was wondering your thoughts upon hearing that someone claiming that Obama was shocked at the massive Israeli settlement growth during his tenure.

ALI ABUNIMAH: I find the notion that Barack Obama suddenly learned in 2015, you know, seven years into his presidency, about the extent of Israeli colonization and was shocked by it to be utterly absurd and incredible, and an insult to our intelligence. And it’s, it’s entirely untrue that Obama learned something in 2015 that he didn’t know for many, many years. And my shock comes from having known Obama in the years before he was president, when he was my local state senator in Chicago, and having attended a number of sessions with him where these issues were talked about, and knowing that he was very well-informed. Remember his first envoy was George Mitchell, who had, who was very familiar with the realities on the ground. Who had written a report on Israeli settlements some years earlier for the U.S. government.

So Obama was very well informed. What this article seems to be doing, I think, is to somehow whitewash Obama and absolve him of his direct complicity in and support for Israel’s deepening of its occupation, settler colonialism, and apartheid. And I think what’s critical to understand, too, is I don’t think this was somehow negligence on the part of the Obama administration. I think that the Palestinians were used as sacrificial lambs for the bigger policy of the Obama administration, which was securing the Iran nuclear deal. And the dynamic was simply that the more Israel and its lobby whined and cried about the Iran deal, the more Obama you know tried to assuage their anger by letting them go wild on the Palestinians. I think that is essentially the dynamic. And now they’re trying to whitewash their horrific complicity, which includes not only rearming Israel while it was slaughtering 11 children a day in Gaza during the summer of 2014, but also just a few months before he left office signing with Israel the biggest military aid package, the biggest military aid giveaway in human history; $38 billion dollars with which Israel can continue its occupation and colonization, but also expand its aggression and war in the region.

It’s been using, for example, the F-35 fighter jets that Obama gave Israel in its attacks in Syria. That’s Obama’s legacy. He knew all this, and it was all done willfully and with with malice of forethought, let’s say.

AARON MATE: And speaking of legacy, and placating a Middle East ally, I mean, we know that that dynamic you described was also on display when it comes to Saudi Arabia and Yemen. We know from reporting that basically the Obama administration gave early support for the Saudi attack on Yemen as a way to placate it for its, its rejecting Saudi Arabia’s objections to the Iran nuclear deal. So as a way to sort of buy off the Saudis, Obama gave intense support to the Saudi attack on Yemen.

But in terms of Obama, I remember you were one of the first people to sound the alarm about him. Many people, myself included, were feeling optimistic back in the day when he was first coming up. And I recall you relaying a conversation that you had with him where, if I remember right, he seemed to acknowledge to you that, you know, that the Palestinian issue was a very real one and a serious one. But I believe he even said to you in private conversation that he was constrained in how much he could say publicly.

ALI ABUNIMAH: That’s right. That happened in 2004, when he was running for the Democratic primary, for the U.S. Senate. And he eventually, of course, did win that seat. And that happened at the home of a mutual friend of ours in Chicago. And I wrote that account in an article that is easy to find called “How Barack Obama Learned to Love Israel” that I wrote in 2007, laying out some of Obama’s relationship with the Palestinian community in Chicago. He was close to a number of people.

I wasn’t and never claimed to be a close friend of Barack Obama. There are some sort of right-wing nutty websites that claim he was. My relationship with him was as someone who lived in his neighborhood, who attended some of the same events as him, who met him on a number of occasions at different people’s homes, and who had several conversations with him about Palestine. And he was well informed and concerned. I mean, he might not have been a world expert, but he knew what the basic issues were. And I think he made a calculated choice that in order to climb up the rungs of power, the Palestinians, like so many other causes he once claimed to support or feigned supporting, the Palestinians, like them, had to be thrown under the bus. And I think that’s really the story of Barack Obama, is, is that he always climbs up the next rung, and leaves the people who helped him get there behind. Yeah. So I don’t think it’s more extraordinary than that. It’s the story of a quite cynical politician.

AARON MATE: And that’s why to me it’s not just a story about Barack Obama, but just about politicians in general. That it’s a lesson, I think his lesson is one we can apply to many Democratic politicians, that for them to be able to recognize basic Palestinian human rights, as was the case with Bernie Sanders, it’s not a realization that they came to on their own. That took place because of intense grassroots pressure.

ALI ABUNIMAH: That’s, that’s the key point. I mean, let’s look at what’s happening now with Alexandrea Ocasio-Cortez, who won this stunning victory in the primary in the 14th District in New York despite, or maybe even because, she had made statements condemning the Israeli massacre in Gaza, and had stood with Palestinians. And that was really quite significant, I think, that she was able to defeat an establishment incumbent while supporting Palestinians.

But look what’s happened since that primary, where the whole full weight, the crushing weight of the Democratic establishment and the media is coming up against her. And she made these comments on the PBS NewsHour sort of backing away from some of her support for Palestinian rights.

SPEAKER: You used the term ‘the occupation of Palestine.’ What did you mean by that?

ALEXANDRIA OCASIO-CORTEZ: Oh. I think what I meant is the settlements that are increasing in some of these areas, and places where more Palestinians are experiencing difficulty in access to their housing, and homes.

SPEAKER: Do you think you can expand on that?

ALEXANDRIA OCASIO-CORTEZ: Yeah. I mean, I think I’d also just-. I am not the expert on geopolitics on this issue. You know, for me, I’m a firm believer in finding a solution on this issue, and I’m happy to sit down with leaders on both of these. For me I just look at things through a human rights lens. And I may not use the right words. I know this is a very intense issue.

ALI ABUNIMAH: I think that’s, you know, again, my advice to people is don’t make it about Alexandria Ocasio-Cortez, don’t make it about Bernie Sanders whose record has been very spotty. The key issue is to keep up the pressure from the grassroots to hold all of these politicians accountable, and to change the paradigm so that talking about Palestinian human rights, talking about Palestinians as humans, becomes not only possible but necessary in order to win political power. That’s, I think, the lesson we have to take from Obama, as well.

AARON MATE: And on a possibly encouraging note, in that same PBS interview I believe Ocasio-Cortez also said that she doesn’t know very much about the issue, and she’s open to learning. It was striking to see the interviewer press her for calling the occupation of the West Bank and Gaza an occupation, as if that was somehow a questionable thing to say. But I saw, personally, in Ocasio-Cortez an openness to learning more about the topic. And that’s exactly where I think what you’re describing comes in. It will take grassroots pressure and activism to be able to help educate her on the topic, and resist the temptations and pressure she’ll face from right-wing, anti-Palestinian interests, of which there are many in Washington. Ali Abunimah, final thoughts, as we wrap.

ALI ABUNIMAH: I think that’s right. I’m sure that Ocasio-Cortez and Bernie Sanders and any number of other politicians are going to say things that, that you know, those who support Palestinian rights don’t like. I think the key message is eyes on the prize, keep up the pressure, keep building the campaign, you know, building the campaigns for Palestinian human rights. And that is what is changing the atmosphere and changing the political landscape. That’s making it possible for people to talk about these issues. And it’s work that people have been doing for many, many years on the margins, being ignored, being pushed to the side, being maligned, being smeared. But it is work that is now really helping to change the national landscape in conversation. To me, that is the good news story out of this.

AARON MATE: And thank you for joining us on The Real News Network.