By greatly underestimating their greenhouse gas emissions, the livestock industry is placing the Paris Climate Agreement in jeopardy because we do not know just how big an impact this industry is having on climate change

By greatly underestimating their greenhouse gas emissions, the livestock industry is placing the Paris Climate Agreement in jeopardy because we do not know just how big an impact this industry is having on climate change 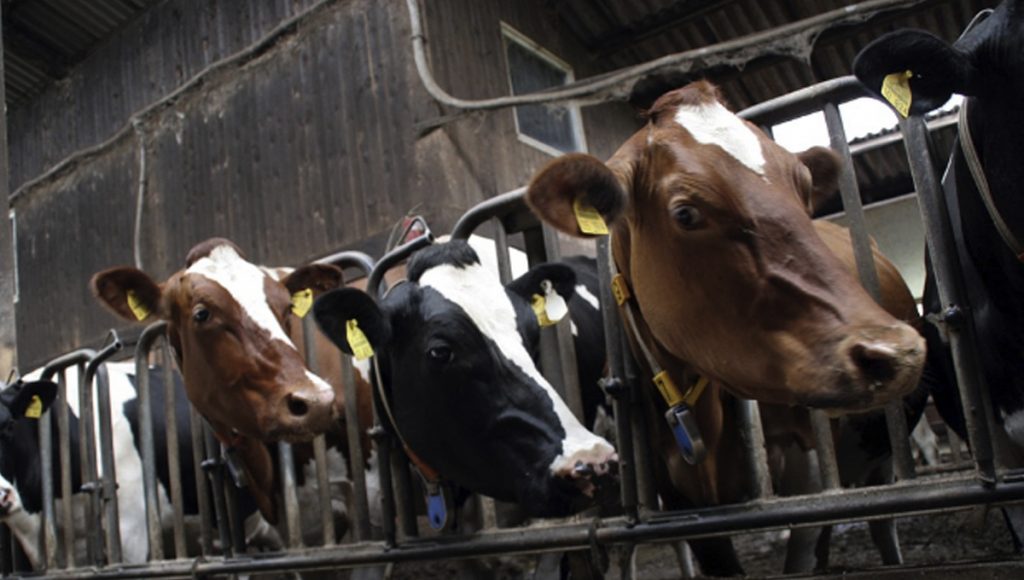 According to a groundbreaking index launched last week, meat and fish companies may be putting the implementation of the Paris climate accord in jeopardy by failing to properly measure and disclose their greenhouse gas emissions. According to the new index, which is named the Coller FAIRR Protein Producer Index, nearly three quarters of the world’s biggest meat and fish companies have provided little or no evidence to show that they are measuring or reporting their emissions.

Now here to discuss this with us is Maria Lettini. Maria is the director of the FAIRR initiative, an institutional investor network whose members manage assets of over $6 trillion. Maria has been working with investors for over 20 years, and within the sustainability space for over 8 years. At FAIRR she’s focused on helping investors understand and incorporate material, environmental, and social risks into their assessment of global food companies. And she joins us today from London, in the United Kingdom. Thank you very much for joining us today, Maria.

MARIA LETTINI: Thanks, Dimitri. It’s a pleasure to be here.

DIMITRI LASCARIS: Maria, Why don’t you start by telling us about the FAIRR initiative. Who established this initiative, and what is its mandate?

MARIA LETTINI: So, the FAIRR initiative is an institutional investor network. It was founded by Jeremy Coller, who’s the CIO and founder of Coller Capital, which is a private equity secondaries firm based here in London. Jeremy founded the initiative two years ago, really with the aim of providing information and research to institutional investors so they could better assess the risks in the intensive industrialized animal agriculture sector, and really explore opportunities to meet the needs of a growing population in a way that mitigates risks with human health sector and the environment.

DIMITRI LASCARIS: In the battle against climate change, how important would you say it is to ensure full disclosure by the livestock industry of its greenhouse gas emissions, and of limiting those emissions, as well?

MARIA LETTINI: I would say it’s absolutely crucial. You know, 14.55 percent of all greenhouse gas emissions come from the animal agriculture sector, and that’s more than the entire global transport sector. And if you include the inputs into the sector, so broader agricultural commodities, it’s over one third of global greenhouse gas emissions. So that’s, that’s huge. I mean, it also pays a contribution in that it’s the number one cause of deforestation, globally. And so not only are we cutting down forests and our carbon sinks, but we are contributing on top of that by the emissions from the sector itself. So it’s the number one user of arable land today, and also the number one cause of Amazon deforestation.

So the animal agriculture sector, you know, is contributing, but it’s also being impacted by climate change. So rising temperatures and increasing drought also impact this sector, and the fact that this affects animal productivity, as well as costs associated with growing the animals.

DIMITRI LASCARIS: And in your view, what are the most important takeaways for investors and policymakers from the index you’ve just launched?

MARIA LETTINI: I’d say that companies just purely are not publicly disclosing how they’re managing these risks. We think that that’s absolutely crucial to be able to understand the, the magnitude of the sector. So from antibiotic use and the overuse in this sector in order to prop up the system, to water use and manure management issues, and back to the emissions that you mentioned just previously, we need to understand how companies are managing this risk, these risks, and in this industry as a whole how, what the plan is in order to mitigate the risks across this entire sector. It’s important to, to realise that most of the sector isn’t disclosing as they should.

DIMITRI LASCARIS: How do you think governments should respond to the apparent failure of so many livestock companies to measure and their report their greenhouse gas emissions adequately?

MARIA LETTINI: I think governments have a lot to think about, because business as usual is not going to get us to a 2 degree scenario. In our index we’ve assessed that over 73 percent of the companies had little or no disclosure around greenhouse gas emissions, and only 4 percent of the companies actually reported emissions that were really associated with the animal agriculture production business. So for example, enteric fermentation. And I think the governments are really going to understand, need to understand the magnitude of the problem here. And corporate reporting is certainly the first step, before thinking about the various solutions and the transition pathways.

So, you know, I assume governments will be thinking about efficiency improvements such as looking at improved feed for livestock, or even changing product mixes. And so at FAIRR we talk a lot about plant-based proteins, and the move away from animal, animal protein products. And so I think governments will begin looking at consumption patterns, and taking into account the negative implications to human health posed by antibiotic overuse in the sector, or overconsumption of meat, and the greater, the growing incidence of disease. As well as other environmental impacts, such as air pollution from these farms, and increasing incidence of lung, of lung ailments resulting from communities around these farms.

So I really think that animal agriculture sitting at the very core of many of the risks associated with the food sector, and it will be a real light bulb moment, perhaps for the entire capital market, the government. You know, we see this sector influencing commodities, as well as producers in this index, but right downstream to the processors, the retailers, the restaurant chains, and our supermarkets. So really, the animal protein sector really sits at the core of all the capital markets, and certainly makes up a significant portion of investor portfolios.

DIMITRI LASCARIS: Well, we’ve been speaking to Maria Lettini, the director of the FAIRR initiative about a new index relating to greenhouse gas emission disclosure by livestock companies. Thank you very much for joining us today, Maria.

DIMITRI LASCARIS: And this is Dimitri Lascaris, reporting for The Real News Network.

Maria Lettini is Director of the FAIRR Initiative, an institutional investor network, whose members manage assets of over $6 trillion. Maria has been working with investors for over twenty years. and within the sustainability space for over eight years. At FAIRR she is focused on helping investors understand and incorporate material environmental and social risks…