Julian Assange’s Asylum to be Rescinded

Since Julian Assange is now an Ecuadorian citizen, President Moreno must protect his rights, says Alfred de Zayas, former UN independent expert on the promotion of a democratic and equitable international order

Since Julian Assange is now an Ecuadorian citizen, President Moreno must protect his rights, says Alfred de Zayas, former UN independent expert on the promotion of a democratic and equitable international order 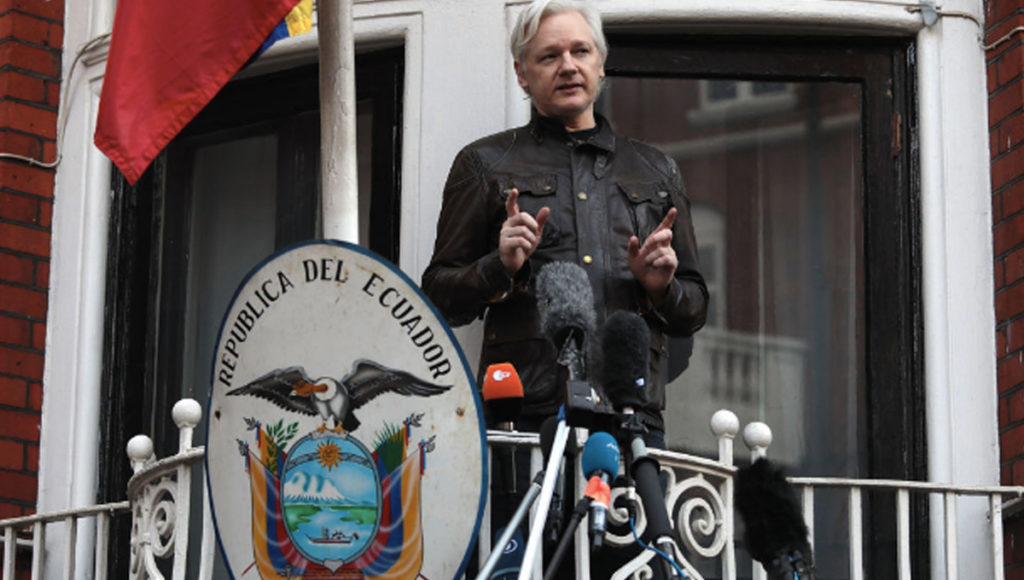 The virtual six-year incarceration of WikiLeaks founder Julian Assange in Ecuador’s embassy in London could be coming to a head. At least, this is what several sources have told Reuters and The Intercept recently. Ecuador’s president Lenin Moreno is visiting London this week, and speculation has grown that he is trying to negotiate an end to Assange’s political asylum at the embassy. Now, Ecuador’s Foreign Ministry, though, issued a statement saying that Assange is not on the agenda of Moreno’s visit.

Assange has been at the Ecuadorian embassy in London since mid 2012. At the time he was wanted for questioning by Swedish authorities for sexual assault allegations. He is afraid he would be extradited to the U.S. for having published the so-called Afghanistan war diaries, and many other confidential U.S. documents. Swedish prosecutors, however, refused to concede to this condition. While it is unknown whether there is a sealed indictment against Assange, there is reason to believe that the U.S. government wants him arrested. For example, just last year when CIA Director Mike Pompeo, who is now Secretary of State, argued that Assange and Wikileaks are to be treated as a hostile nonstate intelligence service. Let’s listen.

SHARMINI PERIES: Joining me now to analyze Julian Assange’s situation is Alfred de Zayas. He is Professor of Law at the Geneva School of Diplomacy, and retired senior lawyer with the Office of the U.N. High Commissioner for Human Rights. He just completed six years as U.N. Independent Expert on the Promotion of a Democratic and Equitable International Order. Thanks for joining us, Alfred.

ALFRED DE ZAYAS: Thank you very much for inviting me.

SHARMINI PERIES: All right, Alfred, let’s begin with the fact that the President of Ecuador Moreno is in London. Now, if he rescinds the asylum of Julian Assange, the UK government is free to then arrest him. But for what reasons are there still that the UK would be interested? And of course the, from what I understand, the charges against him from Sweden has been dropped.

ALFRED DE ZAYAS: Well, as you remember, Sweden had closed the investigation of Assange back in 2010. And it was reopened again, which is very unusual. I mean, I see no other possibility than massive pressure from Washington on Sweden so that Sweden would issue this international arrest warrant, and insist that he actually travel to Stockholm to be interrogated, rather than very simply sending the interrogators to London. I mean, he had a very good reason not to travel to to Stockholm. And he had a well-founded, well-grounded fear of persecution in the United States.

So there is a distinction here to be made. As far as international law, you know that the Working Group of the United Nations on Arbitrary Detention examined the case from 2014 through the end of 2015; issued its opinion 54/2015 of the 4th of December 2015 finding violations of Articles 7, 9, and 14 of the International Covenant on Civil and Political Rights, and asking both the United Kingdom and Sweden to make sure that his arbitrary detention ends, and that he receives compensation for the years that he lost because of this political persecution.

Now, I issued, myself, two press releases when I was the Independent Expert on International Order. And I asked both the United Kingdom and Sweden, I know you don’t like the judgment of the Working Group on Arbitrary Detention, but give a good example to the world. You’re always criticizing other countries for not implementing decisions of the Human Rights Committee, or of the Committee Against Torture, or whatever. Now now you are being criticized. Now do, even if you disagree with it, do it. Of course they didn’t do it. And Cameron rejected it, dismissed the judgment of the Working Group as being just ridiculous.

Now, we’re talking here about fundamentals, and the right of someone to seek asylum is an absolutely fundamental right. You have it in the Universal Declaration of Human Rights. But there is a principle of international law called the Principle of Non-refoulement, which means you cannot deport, expel, or extradite an individual if there is a well-founded fear that that person will suffer persecution. If Assange is sent to the United States, it’s absolutely certain that he will suffer persecution.

SHARMINI PERIES: Now, why did the, why did Sweden not offer him this guarantee? That he would not be extradited to the United States.

ALFRED DE ZAYAS: -From the United States. I mean, this is hardball politics. Here you’re dealing with blackmail. And Sweden simply was not strong enough to tell the United States, we are a sovereign state, and we are going to decide what we do with our justice system.

But what I find most problematic here is the erosion of the rule of law. Not only in the United States. That has been eroded long ago. But in the United Kingdom, in Sweden, where the law is being used to destroy justice. Here we have a person who is a human rights defender. Whistleblowers are human rights defenders. They have made it possible for us to know what crimes have been covered up, to know what torture and killings have occurred in our name. I’m an American citizen. I’m also a Swiss citizen. But as an American, all I can say is not in my name.

SHARMINI PERIES: All right. Now, Alfred, now in terms of Julian Assange, here, you yourself has interviewed Assange at the Ecuadorian embassy in London back in 2015. And he’s been under some excruciating conditions while at the embassy, particularly of late when his communication has been taken away from him, access to the internet and telephone, and so forth. What do you make of his conditions then, and what do you know about it now?

ALFRED DE ZAYAS: Well I do know some of his lawyers, and I know that his physical condition is, shall we say, his mood is depressed. I mean, as someone who has now been deprived of his freedom for eight years, don’t forget that the odyssey begins already in 2010. So I understand that he, as an individual who’s actually done something positive for the world by making this information available to everybody, he sees or feels himself more or less abandoned. And it would be a disgrace if Ecuador were not to honor its commitment. Not only its commitment to someone who has received diplomatic asylum in its embassy, but someone who in December 2017 has received Ecuadorian citizenship.

So Assange is an Ecuadorian citizen, and the Ecuadorian government has an obligation vis-a-vis its own citizens, and an obligation to protect his rights. So if Assange is going to leave the Ecuadorian embassy in London, we must have guarantees that he will not be arrested by the British authorities for something that, you know, jumping bail. Depends the reason why you jumped bail. If you jumped bail to seek asylum because your life is threatened, that is a legitimate-. That is a valid reason to jump bail. So it’s here the use of positivism, the use of the law to destroy the law, to destroy the spirit of the law.

SHARMINI PERIES: So, as you put it, the- against him is that he jumped bail in order to claim asylum, and of course he couldn’t leave to honor his court date. Then, then would the UK government consider the time spent in the embassy as time served?

ALFRED DE ZAYAS: The United Kingdom can and should consider that time as the time served for jumping bail, so that there would be no time left over. That is, he has served far more time. I mean, for someone who has not been charged with a crime. It is amazing that he has been deprived of his liberty now for more than 6 years in the Ecuadorian mission, or rather the Ecuadorian embassy.

SHARMINI PERIES: I’ve been speaking with Alfred de Zayas. He’s a professor of law at the Geneva School of Diplomacy and a retired senior lawyer with the Office of the U.N. High Commissioner for Human Rights. I thank you so much for joining us today.

ALFRED DE ZAYAS: Thank you, too. 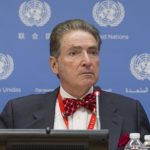 Alfred de Zayas is a professor of international law at numerous universities in the U.S., Canada, and Switzerland. He is also a retired senior lawyer with the Office of the High Commissioner for Human Rights, as well as a retired chief of the Petitions Department at OHCHR. Alfred is also the author of nine books.