Dr. Francisco Sanchez-Bayo explains that, if current trends persist, insects could be essentially wiped out within 100 years

Dr. Francisco Sanchez-Bayo explains that, if current trends persist, insects could be essentially wiped out within 100 years 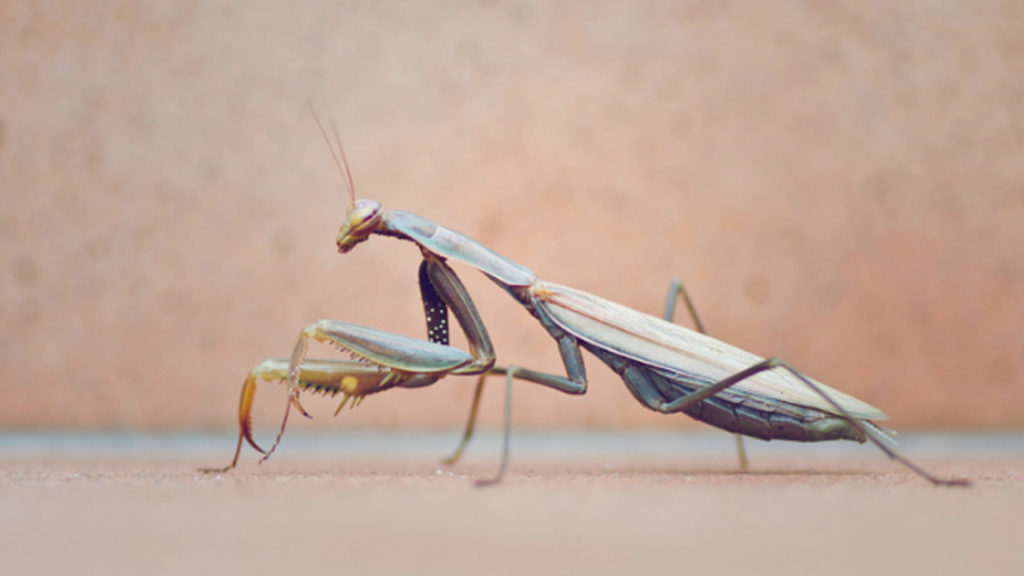 As has been widely reported, the Earth is at the start of the sixth mass extinction in its history. Major losses and larger animal species that are relatively easy to study have already been documented and widely reported. But insect losses have received less scrutiny and attention, even though insects are by far the most varied and abundant animals, outweighing humanity by 17 times. Now a new study has concluded that more than 40 percent of insect species are declining, and a third are endangered. That rate of extinction is eight times faster than that of mammals, birds, and reptiles. The total mass of insects is falling by a precipitous 2.5 percent per year, according to the available data.

Now here to discuss this new study with us is one of its coauthors, Dr. Francisco Sanchez-Bayo. Doctor Sanchez-Bayo is an ecologist working on the impact of human activities on ecosystems. His specific field is exotoxicology, the study of impacts caused by chemicals on organisms and ecosystems. He joins us today from Sydney, Australia. Thank you for coming onto The Real News. Dr. Sanchez-Bayo.

FRANCISCO SANCHEZ-BAYO: Thank you for having me.

DIMITRI LASCARIS: So I’d like to start by inviting you to talk to us briefly about what you consider to be the most important aspects and findings of this study.

FRANCISCO SANCHEZ-BAYO: Well, it’s basically what you just reported, so that about 40 percent–in fact, 41 percent, on average–of all the species that we know of insects are declining right now. And about one third of them are threatened with extinction in the next few decades. And on top of that, we know through three different reports that the average rate of decline in biomass of all the insects in different parts of the world–in Puerto Rico, the United Kingdom, as well as Germany–is really similar; it’s about 2.5 percent per year, which means that in about 100 years from now practically all the insects will be gone from the earth. That’s a really shocking finding that probably very few people knew about.

And what we have tried to do in our study is to put together all these data that was lost in many scientific journals, that were only available to these experts and specialists in entomology, and tried to bring it to the public, to people involved in conservation issues, as well as to the general public.

DIMITRI LASCARIS: So your study leads to the conclusion that current rates of decline, if they persist, the Earth will essentially be insect-free within about a century.

FRANCISCO SANCHEZ-BAYO: Well, there will always be a few insects that will survive. But basically, yes.

DIMITRI LASCARIS: Yeah. So, as I’m sure you know, many people in the world seem to view insects as a nuisance, and expend significant resources, you know, through the use of, example, of pesticides and other devices and technologies to kill insects. Why should ordinary human beings be concerned about these rather stunning findings from your study?

FRANCISCO SANCHEZ-BAYO: Because first of all, people are concerned that way because we only see the nuisance pests. They just see the flies, the cockroaches, and in their agricultural fields we only see the pest species. But we have to remember for every pest species that we may get in a crop, there are about 20 or 30 different insects that are beneficial. There are predators, there are [inaudible]. There are others which simply–they don’t cause any harm or any good. But all of them have essential roles to play in ecosystems. Nothing is superfluous here in the biosphere on the Earth.

So among the most important ecological role is that insects play is, for example, pollination, nutrient recycling and purification, and also providing food to a large array of vertebrates; from birds and bats to lizards, frogs, and even fish in freshwater ecosystems. So all these essential services will go. And with them, if they go, will go the fertility of the soil, the capacity of producing food for ourselves, because 70 percent of the food we eat requires pollination by insects. And of course, all the animals that depend on these insects as their food source will go as well.

DIMITRI LASCARIS: And you mentioned pollinators, and I want to focus on one type of pollinator in particular: bees. What is our current state of bee populations around the world? Are they declining as rapidly as some reports have suggested, and how do you think their extinction would affect the food supplies?

FRANCISCO SANCHEZ-BAYO: Yes. I think I mentioned, it will affect about 70 percent of the food items that we have, among the different crops. So we will end up eating only cereals that don’t require pollination, and a few other crops like that. But all the fruits, and most vegetables, we won’t be able to eat, because they require pollination by bees. When I mean bees, it’s not just the honeybees that probably you’re thinking of, but also the wild bees. Bees are not declining any faster than the other groups, in fact. They are not declining as fast as butterflies, or many beetles, particularly dung beetles, which seem to be the ones most at risk at the moment. But still, it’s a big proportion. For example, in Europe about half the species of bees are declining right now. I don’t know exactly in Canada how many of that proportion. But it’s really similar worldwide.

DIMITRI LASCARIS: And, finally, what lifestyle changes do you recommend that we make, and what policies you recommend governments adopt in order to halt this rather alarming decline in insect populations?

FRANCISCO SANCHEZ-BAYO: Well, one thing I forgot to mention before is we, together with the numbers that we collected from 73 surveys worldwide, we also analyzed the drivers of the decline. What was really affecting the different groups of insects. There are many drivers. We selected about 13 or 14, and we put it into four main groups. And the main driver behind the decline seems to be habitat loss, which is due to a combination of three major factors. Agricultural expansion intensification, urbanisation, and deforestation. The second major factor is chemical pollution, and that’s due not just to industrial chemicals, but also fertilizers and pesticides.

Now, it’s interesting that fertilizers and pesticides are mostly used in agricultural settings. So agriculture as a whole is the major impacting factor, because it involves habitat destruction, as well as chemical pollution. And those two factors combined, they’re driving most of the species to extinction.

So if we want to stop this rapid decline, we should focus all our efforts on the main drivers; and as I say, agriculture is the main one. So perhaps what we have to do, and we have recommended in our conclusions, is to change the way we are carrying out agriculture at the moment. And there are many ways that this can be done, so it’s not just one specific way. But basically it’ll consist in making agriculture sustainable. So where we can see the beneficial insects, the pollinators, as part of the system, we don’t eliminate them. With the current system where we use insecticides from the day of planting, because they are recovering the seeds that are planted, with that we have eliminated all the insects, good and bad. And that’s no good. So we lost–we lost all the beneficial insects, all the pollinators, and all the parasitoids that help in the first place withstand the outbreak of pests, and all the organisms that are in the soil that do the recycling of nutrients. So we have to change that. We have to go back to integrated pest management procedures, and implement them to the full, and recover that sustainability that has been in agriculture for centuries, millennia. We are losing that right now with the new system.

DIMITRI LASCARIS: Well, we’ve been speaking to Dr. Francisco Sanchez-Bayo about a new study showing a precipitous decline in global insect populations. Thank you very much for joining us today, Doctor.

FRANCISCO SANCHEZ-BAYO: Thank you for having me.

DIMITRI LASCARIS: And this is Dimitri Lascaris, reporting for The Real News Network.