Prime Minister Narendra Modi's right-wing BJP party won an overwhelming majority in India's election last May and now there is no real opposition to his rule, says Sreerekha Mullassery Sathiamma

Prime Minister Narendra Modi's right-wing BJP party won an overwhelming majority in India's election last May and now there is no real opposition to his rule, says Sreerekha Mullassery Sathiamma 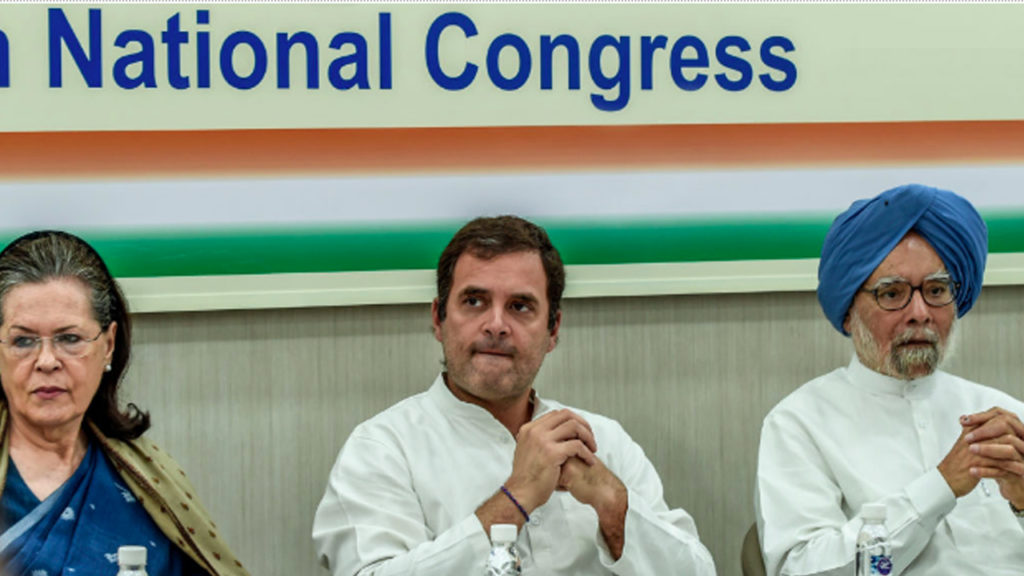 India’s opposition leader, Rahul Gandhi, submitted his resignation from the Congress Party leadership last week. The move was a consequence of the landslide defeat that the Congress Party suffered in India’s national elections that took place between April and May of this year. In that election, the right-wing Hindu nationalist Bharatiya Janata Party— known as by its initials, BJP, and led by Prime Minister Narendra Modi— won re-election with an overwhelming majority, taking 302 of the 543 parliamentary seats. Rahul Gandhi explained his resignation in a tweet writing, “Accountability is crucial for the future growth of our party. It is for this reason that I have resigned as Congress President.” The Congress Party, which had governed India most of the time between its first post-independence election in 1951 and 2014, won only 52 parliamentary seats last May. Rahul Gandhi had served as the party’s president since 2017.

Joining me now to discuss the current state of Indian politics after Rahul Gandhi’s resignation is Sreerekha Sathi. She is a former Assistant Professor of Global Studies at the University of Virginia who recently relocated to Kerala, India. Her most recent book is State Without Honour: Women Workers in India’s Anganwadis, published by Oxford University Press. Thanks for joining us today, Sreerekha.

SREEREKHA SATHI Thank you for having me.

GREG WILPERT So let’s start with Rahul Gandhi’s explanation. Can we take his explanation for his resignation at face value, and how do you see the future of the Congress Party now that there doesn’t seem to be yet another member of the Gandhi family to lead it?

SREEREKHA SATHI So when we think of Rahul Gandhi, it’s important to say that when he came to, entered politics, he was kind of a very reluctant politician. Then that’s been true about—If think about the Gandhi family, it’s been a dynastic politics. We have, you know, from Indira Gandhi, Nehru, Rajiv—That dynastic rule has just been criticized a lot, so that has been a reason for which why maybe Rahul Gandhi was a sort of reluctant politician. And then, continuously in the 10 years, the kind of defeat Congress has experienced has also pushed him to, at this point, make a decision to rethink about the need to be in this position, which is a very important moment in Indian politics to see where we are going. And the biggest part of where we are now in Indian politics is, the truth is that in the absence of a powerful Congress, we really do not have an opposition. And that, you know, considering the fact that the left political parties, the presence of very, very minimal at the moment, so if Rahul Gandhi is not leading, what will happen to Congress? This may be an important question for the majority of people who actually were part of the Congress.

So Congress has been in power for decades and every nook and corner of India in every village you will see, you know, people who at least are familiar with the party and have been following its history for a long time. And that part—When we think about how we have a new right-wing power coming in and it’s taking up the majority, and if you really want to have an opposition which is functional— that way, Rahul’s presence maybe was important, but it’s a personal choice. It seems like, you know, at the moment, we can see that maybe it seems more like not really thinking of the broader political situation and the relevance of, you know, being there beyond as a person, and that’s where you can see why this reluctant entry into politics can be a problem there. And it should be possible to think beyond that, and think about what do we have at the moment and how do different parties at this point come together to be able to fight the massive, you know, taking over of the country by a right-wing political party.

I definitely do think that, though, he seemed to be very keen about leaving that political position now. And there could be many other reasons which could be added to that: him being seen as a weak politician, not really fitting into the hyper-masculine in comparison with Modi— who is seen as a figure more of a man, masculine. You know, the marketing of Modi’s presence as the man who’s left his personal life, being celibate, giving much of his life for the country, and the hypermasculinity is very much part of right-wing politics. The leadership’s one leader, one nation, one race theory kind of fits into the long history of Nazi politics and right-wing politics all over the world. So in comparison to that, Rahul definitely is a feminized, weaker version of a political leader, and I think all of these factors have come together. But the same time, I do think that for Rahul it should be important considering the fact that he has been a better politician than many others, and has been sensitive, and has tried hard at least in recent times to talk about and have a conversation about dialogue, democracy, and secularism in India, it would have been better he not giving himself that importance, but to think about the need to actually work together and be there to bring people together.

GREG WILPERT Now you mentioned that there is no real opposition. So I’m just wondering, I mean, can Congress achieve anything at all in the opposition? Are there any other forces that might be able to challenge Prime Minister Modi at this point?

SREEREKHA SATHI Um, not really. As you mentioned earlier, the Congress has [inaudible] seats in the parliament. So if anything has to happen, it has to be from the people, from outside, and to be able to come together forming some kind of mass of different regional parties and the left parties and Congress coming together, which is the only way in which you can actually face— at this moment if you want to see— face the strength of the BJP as a power.

GREG WILPERT Now, Modi has secured what one could call a mandate with his landslide victory, which is going to last for the next five years. Now, when he was sworn into office in late May, he said that he wanted to unite India and win the trust of India’s non-Hindu minorities. What do you make of this claim, considering that Modi also appointed Amit Shah, a well-known nationalist extremist as his Home Minister and who also was accused of having contributed to extrajudicial killings? Talk about Modi’s agenda. And what we can expect in light of this?

SREEREKHA SATHI I think the fact that he is being forced to assert that kind of, you know, say it to the world itself, shows that has been an issue there. And from the very beginning, if you look at the role of Modi in the Gujarat riots, and the fact that he was denied a visa to allow him to enter the country, and then in between, there was a time in which Trump and Modi— considering the fact that they both represent a similar politics of right-wing politics— they have been in some kind of dialogue and a possibility of a friendship which was kind of attempted. But then, we have newer issues coming up now which brings into the picture the question of the increasing violence against minorities in the country, which definitely has been there consistently, and only has increased on an everyday basis after the elections too. If you look at the amount of—You can search. Anyone who looks at the internet will see a huge number of videos and other reports about violence against minorities on an everyday basis in India today. So considering that history, he is now trying to tell the world and say that look, we are not going to be that bad and we are going to actually be secular and keep this country together as united, but how?

You can clearly see the contradiction and the problem within that dialogue itself because this is a party which has come to power, or is fundamentally based on the agenda of a Hindu nation. And then, you need to definitely understand the meaning of that in the sense of who is a Hindu and what is Hindutva politics, that ideology, and where is this party based on at this point. So—And what kind of allies, what kind of different groups, different levels of extremist groups are within that alliance of right-wing politics today? Which, all of them are working together. So even if the BJP is going to present itself as much of a minor figure in this in terms of the level of extremism and fundamentalism, but if you look at the kind of alliances it has with other extremist right-wing groups—Like, say, we have a list of them— VHP, (BD) Bajrang Dal, RSS which is the cultural think tank behind BJP. So all these groups coming together, and how they work in the so-called imagination and also the attempt to implement the dream of a Hindu nation, there’s no way that then they could actually make this— you know, what he’s saying in terms of togetherness and unity— a reality. How does that work together? And so, that is clearly a big problem there and we’ll have to see how he’s going to take it forward from there.

GREG WILPERT Okay. Well, we’re going to leave it there for now. I was speaking to Sreerekha Sathi, feminist scholar and activist based in Kerala, India. Thanks again, Sreerekha, for having joined us today.

SREEREKHA SATHI Thank you. Thank you for having me.