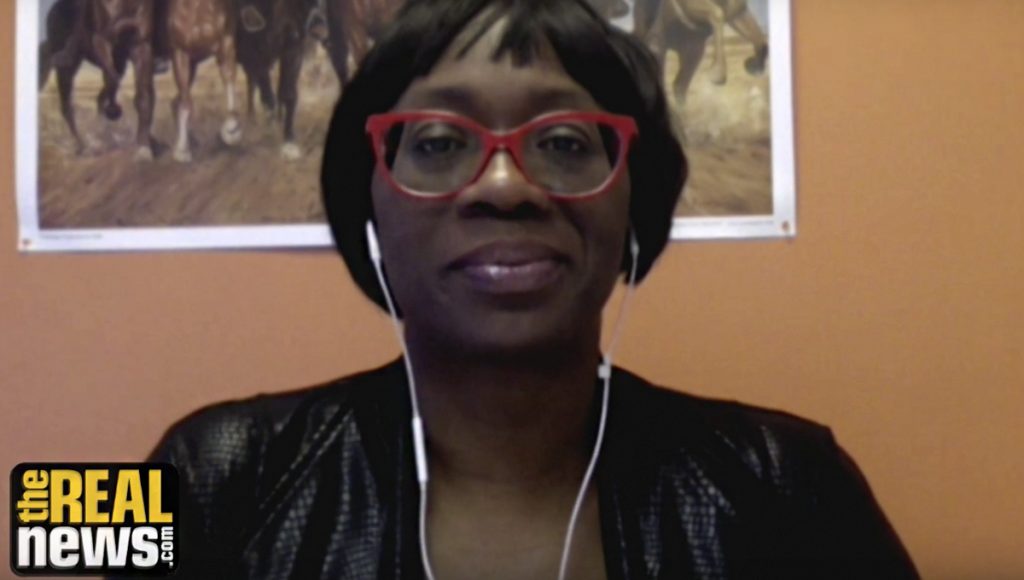 AARON MATE: It’s the Real News. I’m Aaron Mate, continuing with Nina Turner, former Ohio state senator and president of Our Revolution. And we’re talking about the first big primary day of 2018, and how it fares for Democrats in this contentious primary season.

Sen. Turner, I wanted to read you a headline from the New York Times today talking about a new group of Democratic donors, and it’s called “Big Donors Form New Alliance to Seize House from Republicans.” And it’s talking about a group of wealthy Democrats in New York launching something called the House Victory Fund, where for entry donors can pay $108000 to go to a new fund that will support a group of House Democratic candidates that have already been selected. And some of the donors include Robert Rubin, he’s the former Treasury secretary under Bill Clinton; Roger Altman, the former deputy Treasury secretary of the Clinton administration; and two investment bankers who are major Democratic fundraisers, Deven Parekh and Blair Effron.

But the, this group has already selected candidates, Democratic candidates, who they favor in November. The problem, looking at this article, is that some of these candidates haven’t even won their primaries yet. And before the break we were talking about how, you were saying that this race should not be bought. I’m just wondering your reaction to this news of another group of powerhouse Democrats already throwing their money into the ring before even some primaries have been held.

NINA TURNER: And again, this is part of the problem. I won’t say it’s all of the problem. People certainly have a right in this country, whether they’re wealthy or not, ultra-wealthy or not, to be able to weigh in. But what we don’t want, and what the Supreme Court has laid out in two cases, one in particular, Citizens United, that, you know, money is speech. And we have to turn that around or we’re going to continue to get things like this where the ultra-wealthy can get together and pile up money and decide who should, you know, who are the people who will represent us. And that’s not the way it should be in a representative democracy. Everybody should have a voice. They should have equal voice, whether they have millions of dollars or whether they only have a few thousand dollars, to be able to participate in the process. And that’s why campaign finance reform is so vitally necessary.

Now, if these donors are getting together to say, you know, let, let, let the process play out, and then, you know, we’re going to support, you know, candidates on the back end of the primary process. And that’s one thing. But to be able to amass this kind of money and decide who the candidates are going to be even going into the primary with that kind of money, you know, it’s the outweight, it’s not just money in general but it’s the outsized impact that money has on, on races across this country from both parties. And so again, the American people, we’re going to have to step up and say that enough is enough, and that we will not tolerate this anymore. You know, people power is greater than any money power, but the people have to rise up. And some people are just really discouraged and frustrated, Aaron, because of, because of, because of articles like that. Because of revelations like that. Because of what you just let the viewers know was going on.

AARON MATE: In terms of them the mood of voters right now and their enthusiasm level, what did you see yesterday in terms of turnout in Ohio?

NINA TURNER: It was abysmal. And somebody that is a pro-voter rights, you know, leader in this country, it just breaks my heart that in Ohio, for example, we’re just one example of many, but we have about 8 million eligible voters in the great state of Ohio. Only about a little over 600000 of those voters even showed up to vote in the primary. That’s about 20 percent. So that is no way, again, to, to have a robustness in our democracy if people are just, really just opting out of voting.

And so we should care about that as much as we care about any candidate or set of candidates winning, is the fact that the American people in many ways are just opting out of even participating in the democracy. And Aaron, you know, as well as I do and others do, of even just, even the turnout in 2016 was low for a presidential election. If that is the trajectory, then we are in trouble as a representative democracy. We got to, we have to push through this. We’ve got to figure out why people are opting out of voting and do something that gets them reengaged. And I’m making that statement separate and apart from any support for any particular candidate.

AARON MATE: You know, there was one positive cited and by voting rights advocates yesterday in Ohio, actually, where voters passed a measure that would put an end to gerrymandering in the state, establishing a new state process that could redraw the maps. Do you see that as a hopeful development?

NINA TURNER: I do. And you know, I was in the legislature when we really started this, and I am just absolutely elated. You know, I got to give big ups to the League of Women Voters, who were very much in the mix on this, and they always are across our country when it comes to these types of good government policies. But just really excited to see that this, the people, the voters of Ohio who did vote yesterday really have given us a shot in the arm, a positive shot in the arm towards trying to make the process of drawing lines fairer in the extent that politicians should not be allowed to select their constituents, the constituents should select or elect the politician. So yeah, this is a very good step forward in Ohio.

AARON MATE: All right, Sen. Turner, so as we wrap, your thoughts on the upcoming votes, and your, the approach you’re taking going into this, the flurry of primaries that are about to pick up across the country heading into the midterms. In less than two weeks we have, you mentioned in the first segment, Laura Moser, the Democratic House hopeful in Texas who has been vocally opposed by the Democratic Party leadership. They released opposition research on her. Your thoughts on that race, and other areas where progressives are fighting the party leadership to stay alive?

NINA TURNER: Now, I’m so glad you asked about that, Aaron. Yes, we have more primaries to go. I mean, May 15 is the next set, you know, and then we have May 15, we’re going to have also states like Pennsylvania and Oregon. I just don’t want the voters to to give up. People should not be discouraged. I know it’s easy to get discouraged. But even, I don’t want to say people shouldn’t be discouraged, but even in their discouragement I want them to know that the power still ultimately in their hands, and we should have these conversations with our neighbors, with our family members, with our co-workers about the kind of America that we want to live in. And that starts with the school board all the way up to the presidency, that ultimately we have the power to turn the tide, and that people power wins every single day. And that if you are on the progressive progressive side, that our ideas really are transforming this country. And we must continue to push, we must continue to fight, we must continue to use our life force to lift.

But that, one part of that, though, is making sure that we do participate in the primaries. We cannot sit out in a representative democracy. We all matter. And we have to be engaged and involved, even through our discouragement. If we are discouraged, we still have to be involved.

And I think Laura Moser is going to do a good job, Aaron. I’m sorry. I really do. Laura has picked up a lot of steam, because you did ask me that directly, and although she has had to continuously fight the establishment I really do believe that she is going to be victorious. And I just salute her courage under fire, especially when that kind of fire comes at the hands of your own party. We know what to expect in the general, but you certainly do not expect that kind of heavy-handedness and dirtiness to happen in a primary at the hands of your, of your own party. It’s unfortunate, but more and more of that has happened all across the country, Aaron. But we will continue to push.

AARON MATE: And we’ll keep covering it here on the Real News. Nina Turner, former Ohio state senator, and president of Our Revolution. Thank you. 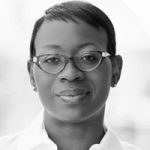 Nina Turner is the president of Our Revolution. She is a former Ohio State Senator, college professor, public speaker, frequent media commentator and author, and was a national surrogate for Senator Bernie Sanders during the 2016 Democratic Presidential Primary. She has been the host of the Nina Turner Show on the Real News Network.

Why are People Talking About Socialism? – with Paul Jay

Progressive Muslims Make Their Mark on the Midterms