Down with Tyranny! blogger Howie Klein, who joined the TRNN panel on election night, explains that one reason why progressive candidates did not fare so well in this midterm election is that the Democratic Party did not support progressives at all

Down with Tyranny! blogger Howie Klein, who joined the TRNN panel on election night, explains that one reason why progressive candidates did not fare so well in this midterm election is that the Democratic Party did not support progressives at all 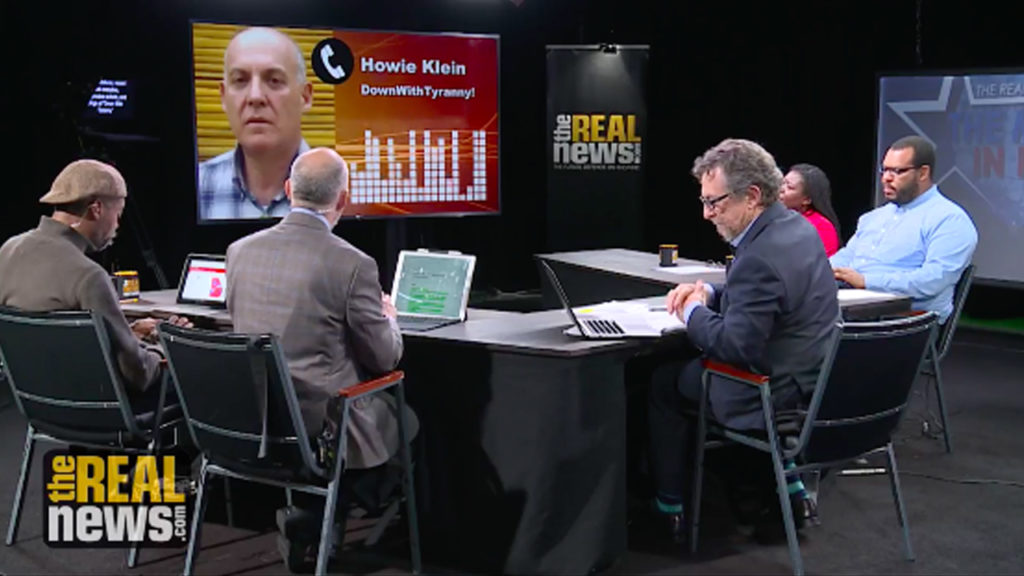 Paul, since- why don’t you ask the first question to Howie?

PAUL JAY: Howie, you follow these congressional races in great detail. You’ve been particularly following the progressive races. So, one, how did the progressives do? And two, what do you make of the night?

But you know, the California races, none of them have been called yet. So we don’t know what happened, what happened here. And you know, it’s really not going to be till tomorrow at the earliest that we’ll be able to see. You know, someone who has been working in this area for many, many years, a labor guy in Illinois, wrote to me an email this afternoon- or this evening, I should say- and said, well, what happened? Did DCCC spend a lot more money on the conservatives than it did on the progressives? And I wrote back just a couple of words; just yeah, a hundred to one.

So you know, if money is- I mean, basically what happened is there wasn’t much of a wave. You know, it was a little, a little piddling wave. There was no- all that talk about a tsunami didn’t exist. There were some places where, you know, in Pennsylvania a bunch of kind of moderate- when I say moderate I don’t mean conservative- but you know, kind of moderate Democrats won. And it was enough for the Democrats to take the House back, which is, which is something. But …

PAUL JAY: All right. So, Howie, what do you see in terms of-

HOWIE KLEIN: [Inaudible] about in terms of saving the planet? I don’t think that was what’s going to happen out of this.

HOWIE KLEIN: Well, it’s kind of both. They’re likely to investigate Trump in a more serious way. I mean, in any way would be a more serious way. So they’ll do that. But the Republicans appear to be having a much stronger position in the Senate now. And Trump is, you know, running around yelling and hooting and hollering that it was a big victory for him tonight.

So it’s- you know, I don’t know. I hope I’ll wake up tomorrow morning and won’t be as depressed, because I saw there were quite a few nice wins, as well. The last time I looked in Iowa I thought that we might have a big surprise there and get rid of Steve King, but-

HOWIE KLEIN: The last time I looked, even that didn’t look like it was happening.

PAUL JAY: The Republicans lost the governorship of Wisconsin, is that right?

HOWIE KLEIN: Yep. I mean, I don’t know if it’s done, but it looked like they were losing it, the last time I looked. And Tammy Baldwin won her seat, so that was really good. You know, I was pretty tied up in the race for Wisconsin’s first district. I was one of the people who called Randy Bryce into running, so I had a big emotional connection to that race. And once he lost that I kind of lost track of everything else that was happening on some level, although I’m sitting here trying to write a post for 5:00AM tomorrow morning about what happened tonight.

MARC STEINER: Yeah, Walker- it’s hard to say what happened in Wisconsin right now. Walker, we see right now, is 49.1 percent, and Tony Evers is 49 percent. So that’s still too close to call.

MARC STEINER: And again, I think that one of the things that we can pick up on, especially when we gather again tomorrow, is looking at how close these races have been, what this means for the future of the political struggle in America, and whose America is it and where we’re going. They’ve been very tight. And also the ballot questions. And we didn’t cover tonight, which we will cover tomorrow, which is what happened downballot in a lot of races; in the DA’s races around the country, state legislative races. There are a myriad here, what happened in Baltimore, Maryland where young progressives won, in many places. And so it’s a very complex question that I think we have to kind of wrestle with.

PAUL JAY: I think there’s going to be another thing in the next two years which we’ll see. The foreign policy objective of the Trump administration is clearly to damage or create the conditions for regime change in Iran. Everything they’ve been doing is leading towards that. I do not think they want to leave the White House without having accomplished something significant in that. And if they think they might be losing the White House, or maybe they think, and I wouldn’t rule out some kind of provocation that’s blamed on the Iranians, which may also make them think they could win the White House again with some kind of one of the false flag kind of operation.

What that means in the House … Supposedly the House is supposed to be the one that can authorize war. And part of the problem with the Democratic Party is a section of the Democratic Party which- not in the House, but in the Senate- Chuck Schumer represents. And he’ll be all gung-ho. When Trump dropped a bomb on Syria, sent a missile to Syria, Schumer said, finally, Trump’s looking presidential.

MARC STEINER: And we’re going to be covering more foreign policy with you tomorrow here on The Real News Network. And Howie Klein, thank you for joining us.

MARC STEINER: Good to have you all here, and thank you all for being here in the studio. It’s been great to have you all join us as part of this conversation this evening. It’s been a really good conversation. And I want to remind everybody, tomorrow starting at noon Eastern Standard Time we’ll be going live again to look at what happened around this country with more analysis after we see what happened in these races, we have a chance to kind of look at the numbers and see what the races are, where that takes politics in America in the future. That’ll be starting at noon tomorrow here on The Real News Network. So be sure to take care of- tune in for that and watch that. And of course all of this will be on The Real News Network site for all of you to download, and watch, and listen to, and think about where we’re going in this country.

And I want to thank all of our panelists, and all of you for watching. See you all tomorrow. I’m Marc Steiner here for The Real News Network. Take care. 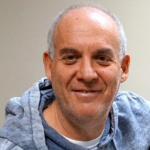 Howie Klein is an Adjunct Professor at McGill University in Montreal, serves on the Board of People For the American Way and blogs under the nom de guerre “Down With Tyranny.”