The United Nations is beginning its climate summit in Madrid. Their new report says that if all booked fossil fuel reserves are burned, it could lead to a cataclysmic rise of global temperature by 2100.

The United Nations is beginning its climate summit in Madrid. Their new report says that if all booked fossil fuel reserves are burned, it could lead to a cataclysmic rise of global temperature by 2100. 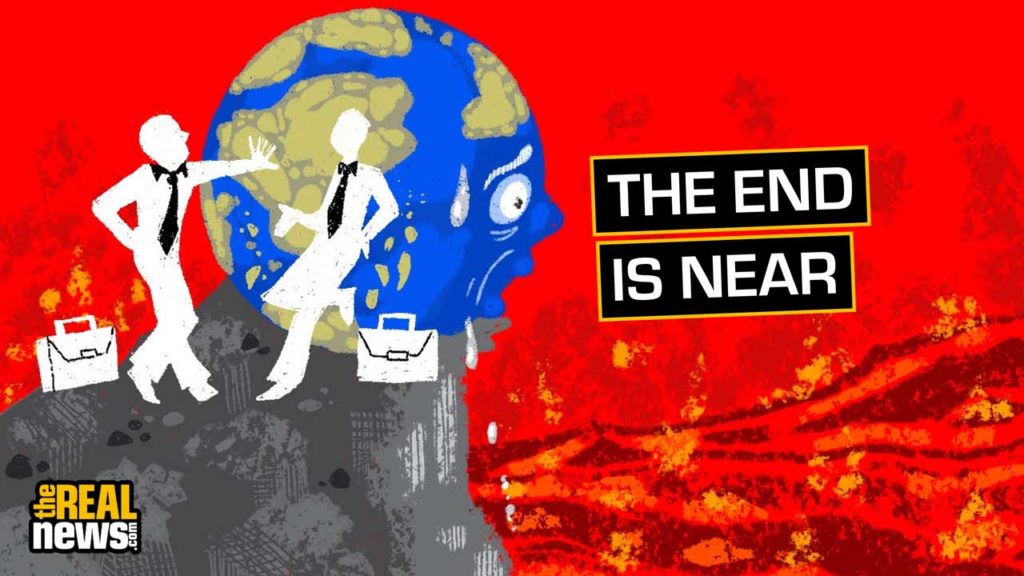 On December 2, the United Nations kicked off its 25th summit to discuss and make policy plans for tackling the climate crisis. The Madrid COP25 summit comes shortly after a new UN report concluded that the world’s countries and corporations are on track to burn through enough fossil fuels by the year 2030 to raise global temperatures by 3.8 degrees Celsius, or seven degrees Fahrenheit, by the year 2100. Those numbers far exceed the outer limits of the two degrees Celsius pledge that countries agreed to under the Paris climate agreement in 2015.

The UN report, titled Emissions Gap Report 2019, points to China as the top global emitter of carbon dioxide and the United States as the top emitter on a per capita basis. The report calls for, among other things, China to phase out its coal fired power plants and the U.S. and China to shift to 100% renewable energy. But in reality, both countries have signaled in recent weeks that they are doubling down on fossil fuel consumption. Globally, instead of reducing greenhouse gas emissions, these have grown by 1.5% every year during the last decade, according to the UN report. However, to avoid catastrophic climate change, emissions must decline by at least 7.6% every year between 2020 and 2030.

Joining me now to talk about these dynamics is Ted Nace. He is the executive director and founder of Global Energy Monitor, a watchdog organization that researches and reports on the global fossil fuel industry and its supply chain. Thanks for joining us today, Ted.

TED NACE: It’s great to be here. Thank you.

GREG WILPERT: So let’s start by focusing on the U.S. and China, the world’s largest greenhouse gas emitters, basically. we all know that the Trump administration withdrew from the Paris climate agreement and that this took effect quite recently. What effect would you say has this withdrawal on China and other signers of the Paris agreement in terms of the gap between greenhouse gas emissions and targets, that is, and the reality and also the related energy use?

TED NACE: The U.S. pulling out of the Paris agreement is really a sign of what the political situation is in the United States. Basically what we’ve got going on here in many ways is that the U.S. and China are similar in their political dimension and it’s just which industries are affected. So in China, we all know that coal is a dominant industry, and it also is a dominant industry politically.

Same in the United States; the petroleum industry practically controls the country. And that’s not an exaggeration when we look at the last secretary of state being the chairman of Exxon Mobil. So really what this comes down to is what are these two dominant countries going to do in terms of their economic future? And at this point, renewables are now cheaper than both coal and petroleum in both China and the United States.

The economic opportunity, the jobs, the growth of the next several decades is going to go to the countries that manage to make that transition successfully. And unfortunately what’s happening right now is this classic case of capture, where the government is captured. Government policy is captured by a sector that doesn’t want to let go. In China, that’s coal. In the United States, it’s oil. And as a result it’s really affecting both economies very negatively.

GREG WILPERT: Now, your group released a report also showing that China has scaled up its expansion, or actually expanded its coal fired power plants recently, whereas previously they were put on hiatus. Now coal use is increasing significantly, in other words, instead of decreasing. Talk about what your group study found in terms of how it ties back to the UN report and the climate negotiations.

TED NACE: No, that’s right. So if the world is going to avoid catastrophic climate change, we’ve got to scale back coal over the next 10 years by about two thirds globally. And China’s role in that is very important, because China uses half of the coal in the world.

So if China is going to decrease its coal use by anything related to what’s necessary, in the order of magnitude of 50% or more, they need to be again retiring their coal plants. But what we found has been happening by looking at satellite photos, looking at documentation, is that China is actually building an amount of coal plants equal to the entire coal capacity of the European Union. And that’s unfortunate because if they keep building, obviously there’s no way they can bring their coal fleet into alignment with climate reality.

GREG WILPERT: Now, on December 2, Reuters reported that the Chinese government announced it would be cutting back on almost all coal burned at its big five state owned power plant utility sites. But it appears to be mostly a financial decision. If that’s true, does this change the outlook of your report and what does this indicate about coal’s financial status more generally in the global market?

TED NACE: Yeah. That’s definitely a positive thing. It’s a hopeful sign that the Chinese are grappling with the reality that coal is actually quite uneconomic in China. The average coal plant, they’re so over built that the average coal plant is running less than half the time. And so that means that many, many coal plants are losing money. And rationally what their economy needs to do is to accelerate the transition to renewables.

So this move by China to consolidate their five major coal power utilities into one company, and then cut down the number of coal plants by 25 to 33%, this is a great sign. What won’t be good is if this just provides an excuse to build more coal plants. If that happens, they’ll be basically closing down their older coal plants and giving industry the green light to build a whole new set of coal plants. So we have to wait for the other shoe to drop and see if this also means they will be reducing their new coal construction and shifting more of their resources into renewables.

TED NACE: Oh, absolutely. The energy transition is happening worldwide and just some evidence of that. Europe is burning 19% coal in 2019 compared to 2018. The United States is also down by about 14% in terms of its use of coal between 2018 and 2019. India in the last three years, 70% of their power investments have been for renewables rather than coal. And there’s over 40 coal plants that were halfway built in India that were abandoned because the banks shifted the money into solar.

This energy transition is actually accelerating around the world. It’s economical and the technologies are now mature. So it really comes down to a matter of the political will overall to overcome these incumbent sectors, the coal industry in China, the oil industry in the United States, et cetera. But we have the momentum. It just needs to be accelerated quite a bit in order to avoid really bad climate change.

GREG WILPERT: Okay. We’re going to have to leave it there for now. I was speaking to Ted Nace, executive director and founder of Global Energy Monitor. Thanks again, Ted, for having joined us at The Real News Network.

TED NACE: Thank you very much. My pleasure.

Ted Nace is the founder and executive director of Global Energy Monitor, a group that supports the clean energy and climate movement by providing detailed information on coal plants, oil and gas pipelines, and other fossil fuel infrastructure to activists and governments worldwide.