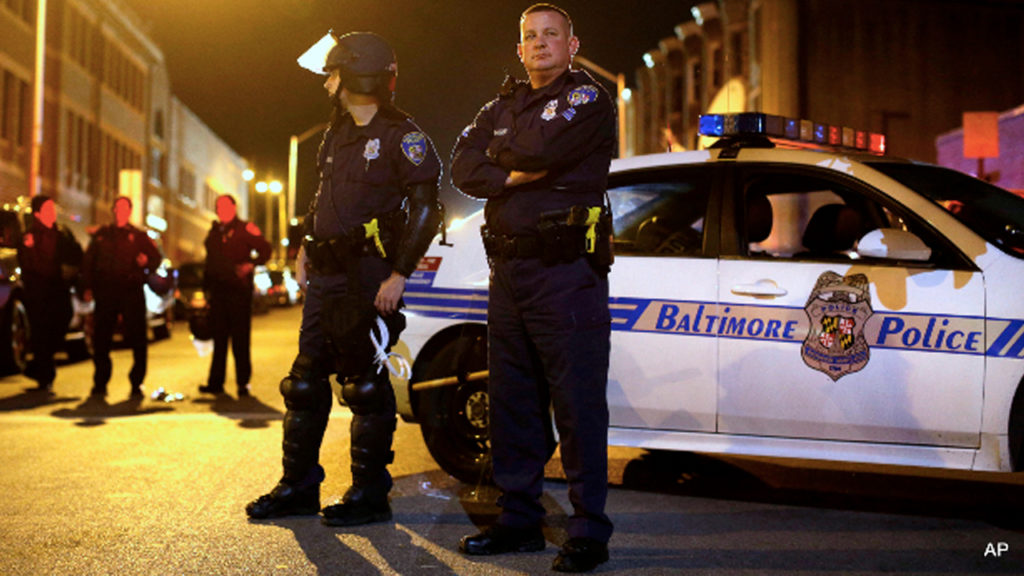 TAYA GRAHAM: Hello. My name is Taya Graham. And welcome to the Police Accountability Report.

Remember, the Police Accountability Report is a show focused on holding one of the most powerful institutions in the country accountable, policing. To do so, we examine not just police malfeasance, but the system which bolsters it. Today we’re going to do something different. We’re going to report breaking news, information that we have learned about from a source that did not make the mainstream media but should not be overlooked. It involves a serious crime by a Baltimore City police officer, charges of first degree assault in the use of a gun while committing a felony. I’m joined by my reporting partner, Stephen Janis for an update. So Stephen, tell us what we know about this case.

STEPHEN JANIS: Well, we were told by sources that this officer had just been convicted in court of first degree assault because of the use of a weapon. The trial was on August 6, and he was convicted of first degree assault, Officer Michael Gentil. Apparently–according to what we learned from sources, because we don’t have the court documents–Officer Gentil was driving in January on Edmondson Avenue, which is in Southwest Baltimore. He nearly hit a pedestrian. That turned into him getting out of the car and pointing his gun at this pedestrian. A witness who drove by reported it to police and a subsequent investigation led to the charges that you discussed, which was first degree assault and using a gun and committing a felony. So that’s what we know thus far. It has been confirmed by people inside the court and by police sources. So right now we know that a police officer, on August 6, was convicted of first degree assault; a Baltimore police officer.

TAYA GRAHAM: So he was convicted after a bench trial. Can you tell me why that’s significant?

STEPHEN JANIS: Well, bench trials are significant because he chose not to go to a jury. What that means is that the judge actually adjudicates the case, which was the strategy employed by the officers during the trial of Freddie Gray’s death. After the first trial when the jury had actually been a hung jury for Porter, which was the first person charged, they went to judge trials. And usually, the idea is that police officers believe that judges are a little more sympathetic and there’s more chances of them being not convicted by a judge. And of course, given the mistrust between the police department and the community, jury trials are considered more risky.

TAYA GRAHAM: Right. So do we know what’s going to actually happen to this officer? Has he been suspended yet?

STEPHEN JANIS: Well, we reached out to the police department and they have not commented. We reached out to his lawyer and he has not commented. I mean, obviously a felony conviction can run up to 25 years in prison, but usually police officers don’t get very long sentences. Also what will happen, I believe, is after the criminal case is adjudicated, then there’s an internal investigation where they will explore whether he violated departmental policies. And that’s a whole other process that could play out. So right now, for all we know, he still could be employed with the department. They have not yet given us a comment.

TAYA GRAHAM: Can you tell me a little bit more about the type of sentencing he might actually face?

STEPHEN JANIS: Well according to Maryland law, it’s a felony conviction, which is up to 25 years in prison. But he’s a police officer. I’m assuming he doesn’t have a criminal record, and they could always appeal. That’s one of the things we asked his lawyer, “Are they going to appeal it?” So I would imagine they’d work out sentencing. And then there’s also the idea with judges is sending a police officer to jail can be risky because the police officers arrested people. So I doubt there’ll be much of a sentence, if any. Usually there aren’t in these kinds of cases.

TAYA GRAHAM: This is not the only story we’ve reported on where a Baltimore police officer pulled a gun on a stranger. Last year, we told the story of officer Damond Durant, who pulled a gun on a teen waiting for a bus. The incident, which occurred outside the city, did not result in criminal charges against the officer. However, an internal investigation found officer Durant did violate departmental policy. However, there was a catch. Stephen, can you talk a little bit about that?

STEPHEN JANIS: Yeah. Officer Durant’s case was one of 12 or 13 serious cases, internal disciplinary cases, that were dismissed because the statute of limitations was allowed to run out by the department. So basically running out the clock, and the judge said there was no choice but to dismiss them. So it was very controversial because some of these cases were serious, including pulling a gun, which is an extremely serious thing, just pulling a gun on a person, especially in a city like Baltimore.

TAYA GRAHAM: So we will continue to follow this story and more. I want to say thanks to my reporting partner, Stephen Janis. My name is Taya Graham. And I want to thank you for joining me on The Real News Network for the Police Accountability Report.