So far no Democratic presidential candidates have committed to speaking at this year's American Israel Public Affairs Committee conference. Is this a shift in Democratic foreign policy towards Israel? What does this mean for AIPAC, one of the country's most influential lobby groups?

So far no Democratic presidential candidates have committed to speaking at this year's American Israel Public Affairs Committee conference. Is this a shift in Democratic foreign policy towards Israel? What does this mean for AIPAC, one of the country's most influential lobby groups? 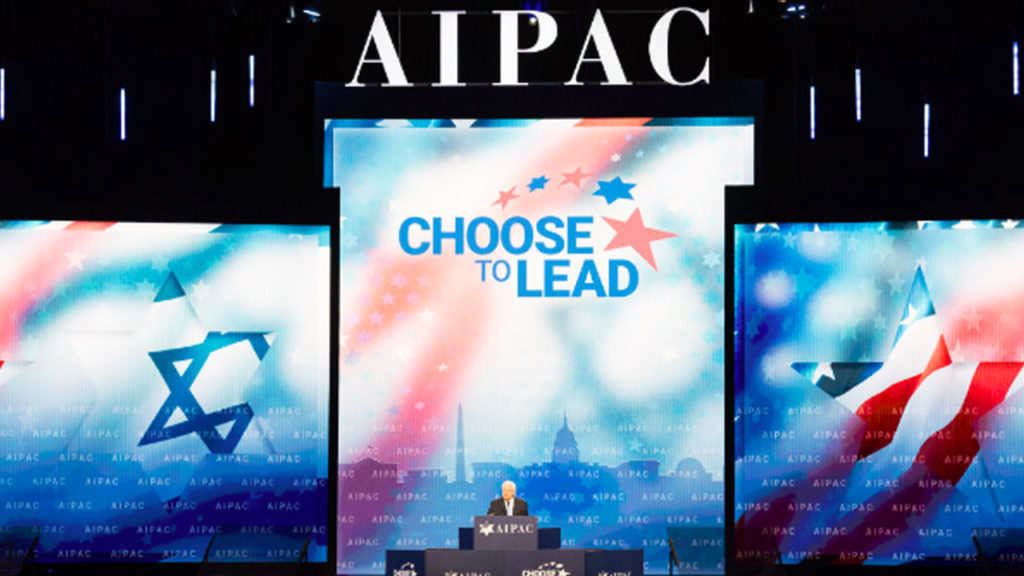 The progressive advocacy group MoveOn is calling on all candidates for Democratic presidential nomination to boycott the 2019 AIPAC conference, which will take place in Washington, D.C. this weekend. According to a survey that the group released on Wednesday, more than 74 percent of MoveOn members who responded agree or strongly agree with the statement that “Any progressive vying for the Democratic nominee for president should skip the AIPAC conference.”

So far, actually, none of the fifteen or so declared candidates for the party’s nomination is scheduled to speak at AIPAC. This is highly unusual. In the past, Democratic presidential candidates have always spoken at the AIPAC conference. However, with the political discourse having moved to the left in the Democratic Party, MoveOn’s Campaign Director, Iram Ali, said, “You cannot be a progressive and support AIPAC because of the policies that they’ve supported.”

Joining me now to take a look at what this means for the Democratic Party and its stance towards Israel is Shir Hever. Shir is a Real News Network correspondent in Heidelberg, Germany, and his book, The Privatization of Israel’s Security was recently published by Pluto Press. Thanks for being here today, Shir.

GREG WILPERT: So several of the Democratic Party candidates, such as Senators Cory Booker, Kirsten Gillibrand, Kamala Harris, Amy Klobuchar, and former Vice President Joe Biden, have all spoken at the AIPAC conference before. Now they won’t. What would you say are the larger implications if a Democrat were to win the White House after having distanced themselves from AIPAC? What would this mean for U.S.-Israeli policy?

SHIR HEVER: Yeah. A few days ago, Trump said that he believes that American Jews are no longer voting for the Democratic Party or are no longer supporting them, moving their support to the Republicans and to himself. And I think he was wrong, and I think what we’re seeing now is very good evidence of that. Because in fact, the Israeli government has pushed policy very strongly in the last couple of years, and we’ve seen that with Netanyahu’s visit to Congress in 2016, despite Obama’s objections. They are calling on foreign governments, including the United States, to make a choice; either you support Jewish people, either you support Jews who live in your own countries, or you support the state of Israel. But you cannot support both.

The implications for that, if a Democratic candidate wins and is no longer supporting AIPAC, he’s actually going to be on the U.S.-Israeli relations when it comes to the arms industry. Because AIPAC in many ways is nothing more than a front for the arms lobby. If you go to the website OpenSecrets.org, there is data there about lobby size of different groups. AIPAC is not the biggest lobby group in the United States, despite various mythologies to the contrary. The biggest lobby groups are giant corporations, and the weapon industry dwarfs the size of the AIPAC lobby.

But candidates can’t just go to the arms industry, to their lobby directly, you can’t imagine a candidate from the Democratic Party going to Lockheed Martin or Northrop Grumman and saying, don’t worry, we’re going to make sure there’s going to be always war in the Middle East. That won’t fly. But if they go to AIPAC and say, we’re always going to support Israel, Israel is the occupying power in the Middle East, then yeah, that is exactly the same message, and that’s how these candidates can get the money from the arms lobby.

GREG WILPERT: Now, here at The Real News Network we’ve often talked about how powerful AIPAC is as a lobby. Now, you mentioned that it’s actually more of a front group for the arms industry in some sense. Do you think that, however, even if it’s a front for other lobbies, do you think that AIPAC will now throw all of its weight behind the Republican Party if the Democratic party moves away from it?

SHIR HEVER: I think we’ve already starting to see that. Because it’s no longer just about the Israeli occupation in Palestine, it has grown beyond that. The Israeli government is making stronger ties with authoritarian leaders and far-right parties in Europe and in Latin America and elsewhere, and those ties are about the Israeli government offering a kind of model for communication. They’re saying, we are willing to give up the civil rights of our citizens, and we are willing to survey on the population, and we’re willing to conduct preemptive arrests of people before they even commit a crime. And a lot of right wing and authoritarian leaders are very happy to hear that message. Only Republican politicians who are willing to consider these things.

GREG WILPERT: OK. We’re going to leave it there for now. I was speaking to Shir Hever, Real News correspondent in Heidelberg, Germany. Thanks again, Shir, for having joined us today.