Despite promise of reforms the Baltimore Police Department continues to keep personal records secret, even when an officer is convicted of a crime

Despite promise of reforms the Baltimore Police Department continues to keep personal records secret, even when an officer is convicted of a crime 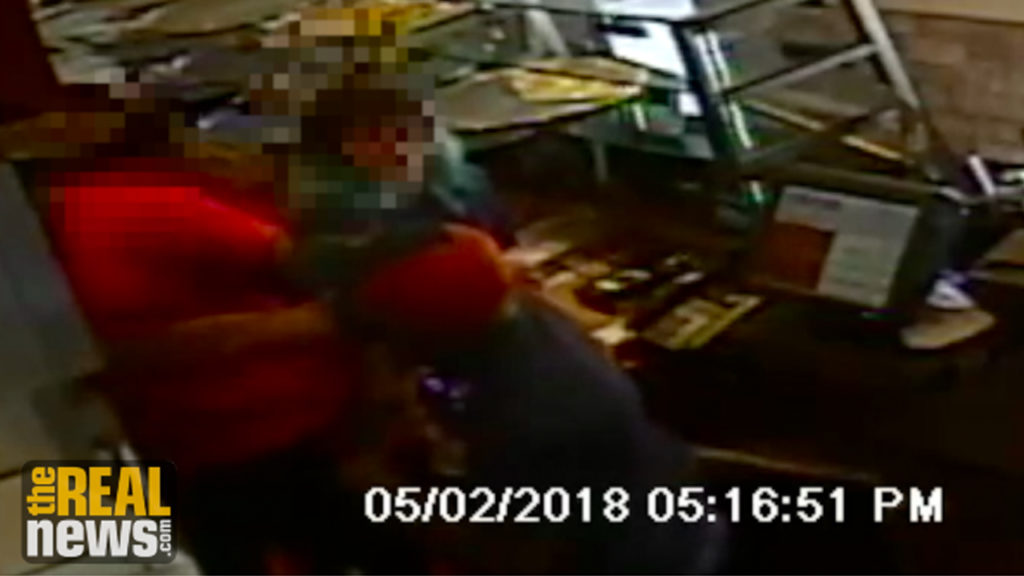 TAYA GRAHAM: This is a simple story told with a simple video, but it reveals how deeply troubled American policing is and how little the civilians they serve can do about it.

The story starts with a young man working at a Baltimore pizza parlor. Suddenly he’s confronted by the father of a co-worker who, unprovoked, hits him across the face.

But the attacker is not done. When the young man tries to remove him from the premises, Baltimore Police Detective Daniel Nicholson strikes him again and takes him to the ground.

Charging documents say that Nicholson, a veteran cop, confronted the young man because he believed he had mistreated his daughter during a dispute over unwashed dishes. But investigators concluded that the story was not true. And so Nicholson was charged and convicted of assault.

But the story does not end there, because we contacted Nicholson’s lawyer for comment, and he told us the veteran cop was still on the force and is not yet facing internal charges. So we asked the Baltimore Police Department for his employment status, and they would not comment. Finally, we asked the victim, but he too declined to talk with us.

But the case shows once again how little input civilians have over police, and how much power police believe they have. In fact, this is not the first time Nicholson has gotten into trouble. He was charged for breaking into a private residence when he thought his daughter was there, and assaulting two occupants. But the department looked the other way, and Nicholson kept his job.

Residents have little control or information on internal police discipline. The city’s Civilian Review Board, which investigates brutality complaints independent of the department, can only recommend, not give out, punishment, and said the decision not to discipline Nicholson was made in secret; a process which protects police from scrutiny in the past, and creates unforeseen dangers in the present.

This is Taya Graham and Stephen Janis reporting for The Real News Network in Baltimore City, Maryland.