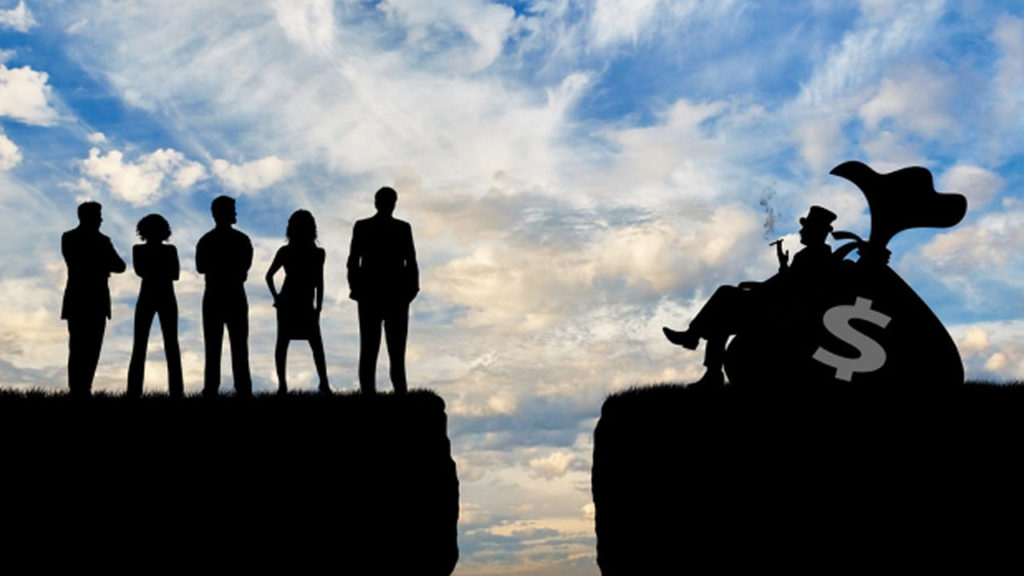 The compensation of CEOs at US corporations has grown by nearly a factor of ten since 1978. This is according to a study recently released by the Economic Policy Institute, which finds that average CEO compensation reached $14 million in 2018. In comparison, average workers’ wages grew by only 12% since 1978. The acceleration in the gap between CEO and worker compensation becomes even more visible when you look at the ratio between the two. In 1965, the average CEO to average worker pay was 16 to 1. By 1989, it had reached 45 to 1. However, 20 years later by 2018, it reached 278 to 1.

Joining me now to discuss the EPI report on CEO compensation is one of its co-authors, Julia Wolfe. Thanks for joining us, Julia.

JULIA WOLFE: Hi. Thanks for having me.

GREG WILPERT: So I outlined some of the most dramatic findings in your report, such as the enormous growth in CEO compensation and the increasing gap between CEO and worker compensation. What other findings did your study reveal that you think is particularly noteworthy?

JULIA WOLFE: Yeah, so thank you for doing a great job of outlining those major findings there.  I think it’s also important to note that in addition to this rising inequality, we want to look at what else is happening, what else is going on in the labor market at that time, which helps us contextualize that this is really outside of the norm compared to the rest of the labor market.

So just as the typical worker’s compensation hasn’t risen by that much in comparison to CEOs, other really highly paid earners also haven’t experienced that extreme increase that CEO pay has. Certainly, they’ve started earning more in relation to the more bottom, in relation to the lower-level workers who are receiving lower compensation, but it’s important to note this because it tells us this isn’t just a matter of a reflection of an increased demand for skills, or an increased demand for a certain type of worker, or added value to the economy.

Really, this is about a differential in power dynamics and the ability to set wages, and these are the people who are in power who are making these decisions. It really reflects that difference, rather than just difference in skill. So I think that was one of our most interesting findings, was to take a look at the comparison there.

GREG WILPERT: So defenders of CEO compensation usually tend to say that companies need to provide these huge sums of money to top managers because they are the best managers around and that there’s an intense competition for their talent, which drives up their compensation. What do you make of that argument? Is there any justification for that, according to your study?

JULIA WOLFE: So that doesn’t seem entirely justified when we take a look at our study. I think that especially the extreme degree of this difference really doesn’t validate that. And when you look at other high wage earners or the growth in other measures of the valuation of skills out in the market— for example, if you take a look at the growth in the college premium in comparison to high school earners— you see that has not grown nearly as much as the CEO compensation has grown. So, it’s skyrocketing. It’s skyrocketing much more quickly and more dramatically than other measures of this demand for different skills, for a market for a particular type of manager, and I think those are all important to note when we look at this. It really doesn’t support that argument that these workers are really a different class, adding that much more, that much more competitive, or that there’s so few of them that can be doing these jobs.

GREG WILPERT: Now, what are the consequences for such enormous inequality? Your report mentions something about that also in terms of, what is the consequence for the economy in general and for workers in particular?

JULIA WOLFE: Right. There are absolutely real consequences of this. It’s not just this symbolic thing. It’s not just about saying, “Hey, look at these few people who are making so much more than everyone else.” It really actually does have real implications for the rest of the workforce. First of all, these wages, they’re driving that increase in top 1% and even top 0.1% wages throughout time, increasing that gap between everyone else.

And why that matters is that those are wages and compensation that aren’t going to the rest of the economy. There are other people creating that value that aren’t receiving their fair share, and if you look over time and say, “Hey, if we held inequality constant to what it was back in the 70s and 1978,” then the bottom 90% of earners would have seen twice as much increase in their wages. So this does really have real impact. The vast majority of us are all experiencing less wage growth because of that inequality and all that money going to the people at the top percent.

GREG WILPERT: Yeah. That seems very significant, especially considering that wages had only increased by 12% since 1978.

GREG WILPERT: Now, what recommendations do you have or does your report make for what could or should be done about this situation?

JULIA WOLFE: Sure. So there are lots of possible solutions, and the two sort of main categories that we really drill down on are taking a look at tax-based solutions as well as corporate government-based solutions, and those two really kind of complement each other very nicely. So, in terms of taxes, you could raise the tax rate of income tax on those very top earners, which in addition to being a great source of revenue, also kind of reduces the incentives for these executives to be using their power to push for an increase in pay. You can also include a corporate tax rate based on the ratio of CEO-to-worker compensation. So firms that have a higher ratio here, more inequality, you could tax them at a higher rate to again disincentivize this inequality. In terms of corporate governance, you can give shareholders more pay by having these sort of say-on-pay rules where shareholders actually get to vote on executive pay. Additionally, you could offer workers seats on the board at these companies, giving them increased bargaining power and a voice in the workplace.

GREG WILPERT: Okay. Well, we’re going to leave it there for now. I’m speaking to Julia Wolfe, co-author of the EPI report on CEO compensation. Thanks again, Julia, for having joined us today.

Julia Wolfe joined EPI as a research assistant in 2017.  She works with EPI’s economists and researchers to analyze current labor market trends, particularly as they relate to education, inequality, and wage growth.