Argentina Turns to IMF, Despite Already Implementing a Neoliberal Program

President Mauricio Macri of Argentina is negotiating a $30 billion credit line with the IMF. The currency is devaluing rapidly and the government introduced a 40% interest rate to stop the slide. Now it turns to the IMF - as a cover for even harsher neoliberal measures? We speak to CEPR's Mark Weisbrot

President Mauricio Macri of Argentina is negotiating a $30 billion credit line with the IMF. The currency is devaluing rapidly and the government introduced a 40% interest rate to stop the slide. Now it turns to the IMF - as a cover for even harsher neoliberal measures? We speak to CEPR's Mark Weisbrot 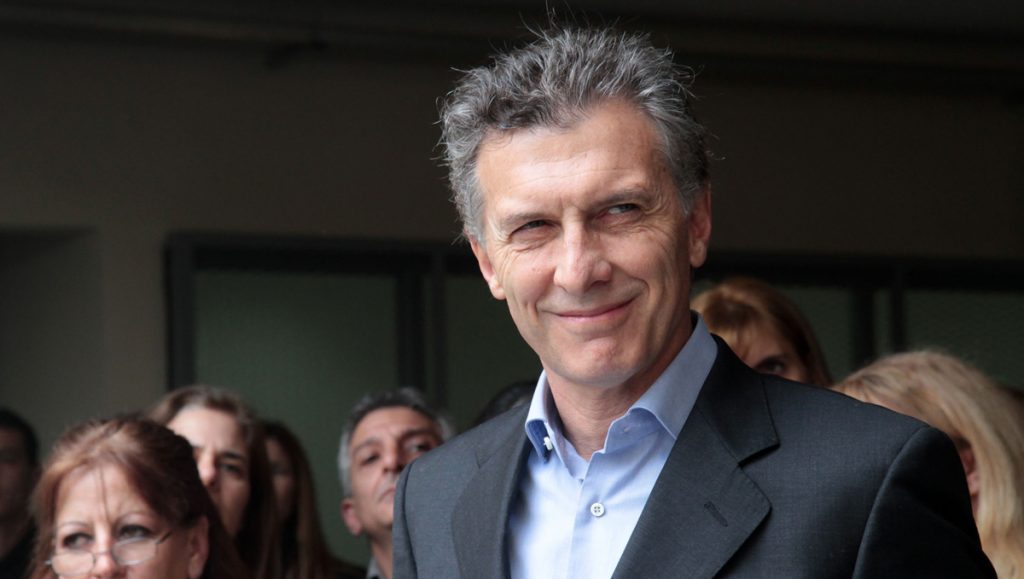 Argentina’s neoliberal President Mauricio Macri announced on Wednesday that his government is requesting a $30 billion credit line from the International Monetary Fund. The announcement sparked immediate rejection from large parts of Argentine society, and demonstrations against the move were organized the same day. The reason Macri’s announcement to go to the IMF was so controversial is that many, perhaps most, Argentines blame the IMF for the country’s massive economic crisis of 2001, when poverty skyrocketed within a matter of months. Here’s what the leader of Argentina’s Education Workers Union had to say at Wednesday’s protest.

SPEAKER: We’ve already lived through this. We don’t want to go back to the International Monetary Fund. 80 percent of Argentina is opposed to the president’s statements. And that’s why we’re getting mobilized.

GREG WILPERT: So what happened? Why is Argentina heading to the IMF again?

Joining me to explore this and related questions is Mark Weisbrot. Mark is the co-director of the Center for Economic and Policy Research, and is the author of the book “Failed: What the Experts Got Wrong About the Global Economy.” Thanks for joining us again, Mark.

MARK WEISBROT: Thanks, Gregory. Good to be here.

GREG WILPERT: So Macri came into office in 2015, December 2015m promising to apply neoliberal reforms to Argentina. So one would think that capital markets would play along with him and make things easier in some sense. But still, the Argentine currency has dropped almost 20 percent since the beginning of the year, and despite raising interest rates to 40 percent, Macri has not been able to stop the slide. So why is Argentina now going to the IMF, and what is the significance of doing this?

MARK WEISBROT: Well, I think there’s a number of reasons he would go to the IMF. I mean, first of all he, like you said, he set up this whole kind of neoliberal program which, inflation targeting, which means the central bank doesn’t, it’s not supposed to pay any attention to the exchange rate, the currency floats. And he had to float the currency, and that was a reasonable thing to do when he took office. But if you’re going to have that that promise to investors, and then all of a sudden the currency starts to fall, and you intervene with $4 billion like they did just recently, buying your currency, then they start to wonder, well, is the central bank really in charge? Who’s in charge here?

So the markets reacted very badly, partly because he created this expectation of this kind of perfect neoliberal regime. And at the same time he also borrowed a lot internationally, a huge increase in international borrowing. Running a current account, which is mostly trade deficit of 4.6 percent of GDP. And so all of this is, presents, you know, it’s more of a long term problem than an immediate one. But the markets reacted very badly because of the signals that, the kind of mixed signals that the government was sending.

And there’s other things, too. I mean there’s a lot of multiple causality here. There’s a lot of things, you know, whenever the markets do something that isn’t completely rational, is not completely rational, you know, there’s a whole bunch of things you can point to, and some of them are real. So for all the other things that the Fed is, you know, raising interest rates. And you don’t know what’s going to happen with that. You know, right now they are set on two or possibly three increases this year. But you know, U.S. Treasury rates have been rising, and so there is a risk that capital just flies out of there for that reason, and you see this in some other countries, and you don’t know what’s going to happen to the international economy because of that. The government has pointed to that as well.

But I think all of these things, especially the rapid increase in foreign borrowing, the increase in the current account deficit, and the governments, you know, lack of a coherent policy from the, from its, its supporters and fans in the market’s point of view are what caused this crisis.

GREG WILPERT: So, Macri, of course, blames the previous government of Cristina Fernandez de Kirchner, who left office about two and a half years ago, for his economic problems. He recently said, as a matter of fact, quote: “The problem we have is that we are among the countries in the world that most depend on external financing, the product of huge public spending that we inherited. Is there any truth to this? And just how did Argentines do under the prior government, and how have they done since Macri took office?

MARK WEISBROT: Well, first of all, Argentines did very well under the 13 years of the Kirchners. I mean, the poverty rate dropped from, you know, was reduced by 70 percent, and extreme poverty by 80 percent. And that’s using independent estimates of inflation, not the government’s estimates. So nobody can argue with that. And you know, you had unemployment fell to, from 17 to six and a half percent during that period. Now it’s gone up to about eight and a half percent under Macri, and he’s raised utility prices, which has hit people very hard. In fact, it’s also contributed about 5 percentage points to the 25 percent inflation that they have now, although he’s reduced inflation from what they had.

So I mean, the short answer is they did very well after the terrible experience of the IMF, which was, you know, one of their worst depressions, from 1998 to the beginning of 2002. And that’s why they were popular, and that’s why the, you know, Cristina was reelected. And if she could have run again she would still be there. And so he has, you know, he’s, he has definitely hurt the majority of Argentines since he’s been in office, even though the economy is now growing. And now he’s facing an economic crisis.

GREG WILPERT: So back in 2012 the U.S. courts played a major role in making Argentina’s economic situation more difficult than it had to be, by making the default more painful when so-called vulture funds hijacked an agreement with creditors, and they were insisting on being paid in full for their debt. So what is happening now with regard to U.S. involvement in Argentina’s economy this time around?

MARK WEISBROT: Well, they were involved from the beginning of his term, because first of all, the, the court that you mentioned that took over 90 percent of the creditors hostage in order to pay the vulture funds, Judge Griesa in, I think it was February of 2016, just a couple of months after Macri was elected, said, well, this changes everything, and he lifted the injunction. So that was, obviously that’s the judicial branch of the U.S. government, but it was a very powerful force. And then the U.S. unblocked loans from multilateral lending institutions that it had blocked under the prior government, in order to help Macri. And here’s Makri coming to Washington, not, his finance minister came to Washington yesterday, and speaks not only to the IMF, but to the Treasury Department, which of course is going to decide what the IMF does and what conditions they’re going to place on the lending in Argentina.

And it is a really historic deja vu, of course, for people, as you mentioned. I mean, it’s kind of like, you know, the Iraqi government inviting the U.S. to invade again, you know, some 13 years later, or 15 years later. And so this is the, you know, the U.S. has always been heavily involved in this decision making in Argentina, and Macri is very strongly aligned with the U.S. government. However, that doesn’t mean he’s going to get a great deal from the IMF because, you know, part of the reason he’s going to the IMF is he wants the IMF to be responsible for the decisions that he’s going to make in the, in the coming months, that are going to hurt the majority the majority of people in Argentina.

GREG WILPERT: Well, just very quickly, what kinds of decisions could we expect in that direction?

MARK WEISBROT: I think you can expect more of these kind of neoliberal reforms. More cuts to social spending, and you know, government spending in general. I think you’re going to see, basically, the strategy of the IMF in many of these places and neoliberal governments is to reduce the trade or current account deficit by shrinking the economy. If you shrink the economy, that’s how you lower your imports. What they really need is, is a strategy to increase their exports, but they can’t really do that under the kind of economic and ideological constraints that they have.

GREG WILPERT: OK. Well, we’ll leave it there for now. I was speaking to Mark Weisbrot, co-director of the Center for Economic and Policy Research. Thanks again, Mark, for having joined us today.