House-sharing company Airbnb was pressured to remove listings in illegal Israeli settlements in the occupied Palestinian West Bank, after a campaign by human rights organizations. CODEPINK's Ariel Gold says this is a big victory for peace activists

House-sharing company Airbnb was pressured to remove listings in illegal Israeli settlements in the occupied Palestinian West Bank, after a campaign by human rights organizations. CODEPINK's Ariel Gold says this is a big victory for peace activists 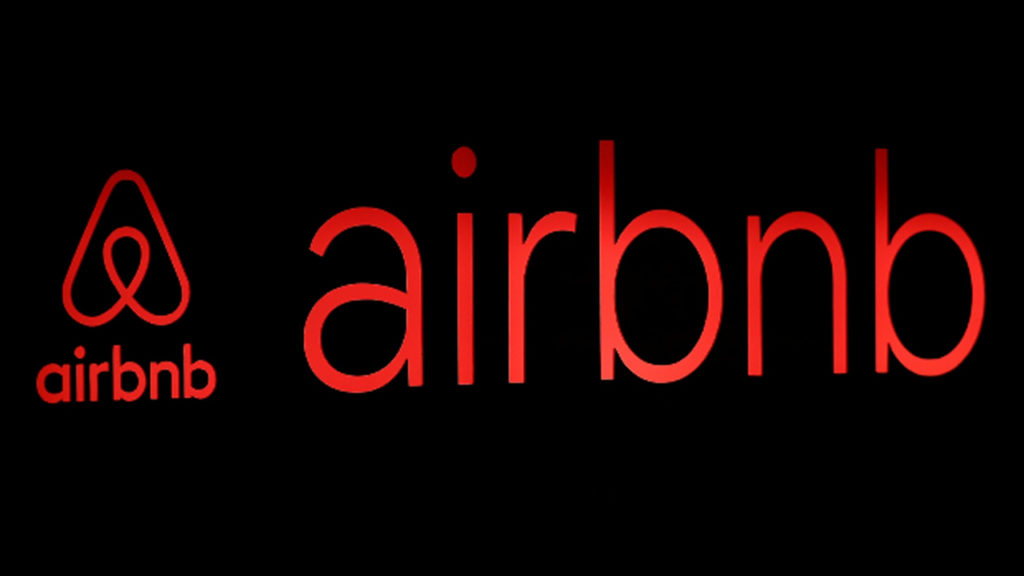 Palestinians and their allies around the world are celebrating after the homesharing company Airbnb announced it will remove its listings in Israeli settlements in the illegally occupied Palestinian West Bank. This decision will affect approximately 200 listings on the homesharing website Airbnb, and this is seen as a large victory for the growing BDS movement–that is Boycott, Divestment, and Sanctions movement, an international peace movement called for by Palestinian civil society to use nonviolent means to pressure the Israeli government to abide by international law.

This decision from Airbnb came while the human rights organization Human Rights Watch was releasing a new report titled Bed and Breakfast on Stolen Land: Tourist Rental Listings in West Bank Settlements. This new report documented the exploitation that companies like Airbnb have carried out. And of course, Human Rights Watch stressed that settlements are illegal under international humanitarian law. The transfer of civilians from the occupying power into occupied territory is a war crime under the Rome Statute created by the International Criminal Court, and Palestinian residents of the West Bank enjoy legal protections against forced displacement by this colonization.

Human Rights Watch praised the move, writing in a statement: “Airbnb’s decision to end its illegal listings and its listings in Israeli settlements is an important recognition that such listings can’t square with its human rights responsibilities.” And Human Rights Watch added: “We urge other companies to follow suit.”

In Israel, on the other hand, the response has been rage. It has infuriated the Israeli government, which has threatened to take action against Airbnb. Israeli Tourism Minister Yariv Levin called Airbnb’s move the most wretched of wretched capitulations to the boycott efforts. The Israeli government also said it is going to try to work with the U.S. government to punish Airbnb. Israeli citizens themselves are also trying to sue Airbnb. They launched a class action lawsuit against the company, accusing it of discrimination.

Joining us to discuss this is Ariel Gold. Ariel Gold is the national codirector of the organization Code Pink, and led the groups Airbnb campaign. Code Pink is a grassroots women-led peace organization, and it’s helped actually lead the campaign against Airbnb over its profiting from illegal Israeli settlements. Code Pink has held numerous demonstrations called Airbnb, you can’t hide, you profit from apartheid. Thanks for joining us, Ariel.

ARIEL GOLD: Thanks so much for having me on.

BEN NORTON: So, Ariel, you helped organize some of the international demonstrations against Airbnb. You highlighted the practices this company has engaged in, profiting from Israel’s occupation. Can you talk about this decision, and how it’s an important victory for you and other activists campaigning to end the exploitation of the Israeli occupation?

ARIEL GOLD: Well, it’s really just common sense that companies like Airbnb should not be operating in these illegal settlements. Not only are the settlements flagrant violations of international law and obstacles to a just and peaceful solution, but they directly impact Palestinian lives. They cause a lack of freedom of movement. These are blatantly Jewish-only settlements where Palestinians don’t even have the option to rent vacation rentals on land that has been stolen from them.

The campaign took close to three years, and an enormous amount of work. It was an amazing win for collaboration and coalition building. But the end result was really just common sense, that companies should not be operating within these settlements. What we’ve seen from Israel is that they are going above and beyond and out of their way to conflate the state of Israel with the settlements. This is part of larger moves that we’re seeing towards annexation of the West Bank.

BEN NORTON: And let’s talk more about the BDS movement. So, Israel portrayed this as part of the larger boycott campaign targeting Israel over its illegal occupation of the West Bank, and other violations of international law. And many BDS activists also celebrated this, in fact, as a victory. So what can you say about the BDS movement, and do you think this is an important victory?

ARIEL GOLD: This is an important victory. It’s probably the first victory, at least that I can think of, where a company has said openly that it was due to grassroots and other pressure upon the company. And the company came out clearly saying that they recognize that their listings were doing harm, and therefore wanted to remove them. On the other hand, we as activists, we never ended up actually calling for a boycott, and we only targeted settlements. The Airbnb decision actually didn’t include East Jerusalem or the Golan Heights, which are both occupied. But Israel’s response has been to call for a boycott of all of Airbnb within Israel, in essence kind of expanding it to a boycott of Israel, which is something that is really quite, quite humorous, right, that it’s actually Israel that is leading the effort for a full boycott from Airbnb.

BEN NORTON: Yeah, quite interesting. Especially because the Israeli government has demonized the boycott as a tactic, but is now encouraging others to use this tactic. Let’s talk, also, more about the Israeli government’s response in terms of the legal action in the U.S. We did see top Israeli officials say they’re going to try to work with the U.S. government to take action against Israel. They pointed out that somewhere around 25 U.S. states currently have passed laws against boycotting Israel. Some of these states have passed laws that can punish companies and organizations that do agree to a boycott of Israel. So potentially, you see Israeli officials trying to pressure U.S. officials to actually punish Airbnb itself as a company. And then I mention that there is now an Israeli class action lawsuit against the company. Can you respond to this news, as well?

ARIEL GOLD: Well, let’s rephrase this by saying that 25 states are working very hard to erode our First Amendment right. The ACLU has come out clearly and said that boycott and the BDS movement are protected First Amendment free speech. So 25 states have been working to erode this and to conflate boycott with anti-Semitism, which it is absolutely not. If anything, this decision by Airbnb is a win even for Israelis. To separate Israelis inside the legal boundaries of Israel from the West Bank settlements is something that is good for all Israelis.

BEN NORTON: And then finally, Code Pink has organized around other companies, as well. It’s certainly not just Airbnb that has profited from the illegal Israeli settlements in the occupied West Bank. Of course, Code Pink has worked against companies like Ahava, also companies like Remax, the real estate giant, which has franchises throughout the world. Many people know about the boycott campaign targeting SodaStream, because SodaStream had factories in the illegally occupied West Bank. So can you talk about the larger economy built around profiting from the Israeli occupation and the colonisation of Palestinian land, and some of the other companies that should also take action and learn from Airbnb, and potentially end the business that they have engaged in in the occupied territories?

We at Code Pink have been involved in boycott and divestment campaigns against Israel for many, many years now. You mentioned Ahava and Remax. Right now we’re working on a campaign to target Elbit Systems. Elbit is Israel’s largest weapons company. They’ve been involved in all of the massacres in Gaza. They provide the main surveillance equipment for Israel’s apartheid wall, as well as the surveillance system for the U.S.-Mexico border.

We talked about other companies needing to follow suit, follow Airbnb’s leadership. And we are watching a growing call against Booking.com, asking them to now remove their listings in the settlement. Our goal here is really to isolate these settlements and the settlers, and to raise up Palestinians who struggle day and night for basic human rights and dignity.

BEN NORTON: And for anyone who’s interested in learning more about the companies like Remax, Ahava, Elbit, that profit from the occupation, where can they find that information?

ARIEL GOLD: You can go to CodePink.org, and I encourage people to check out the Elbit campaign. That’s what we’re working on right now. And that’s Code Pink.org/stopelbit.

BEN NORTON: All right. Well, thank you so much. We were joined by Ariel Gold, who is the national codirector of Code Pink. Code Pink is a grassroots, women-led peace organization, and they have been helping to organize against many of these companies profiting from Israel’s illegal occupation of the West Bank. Thanks a lot for joining us, as always, Ariel.

ARIEL GOLD: Thanks so much.