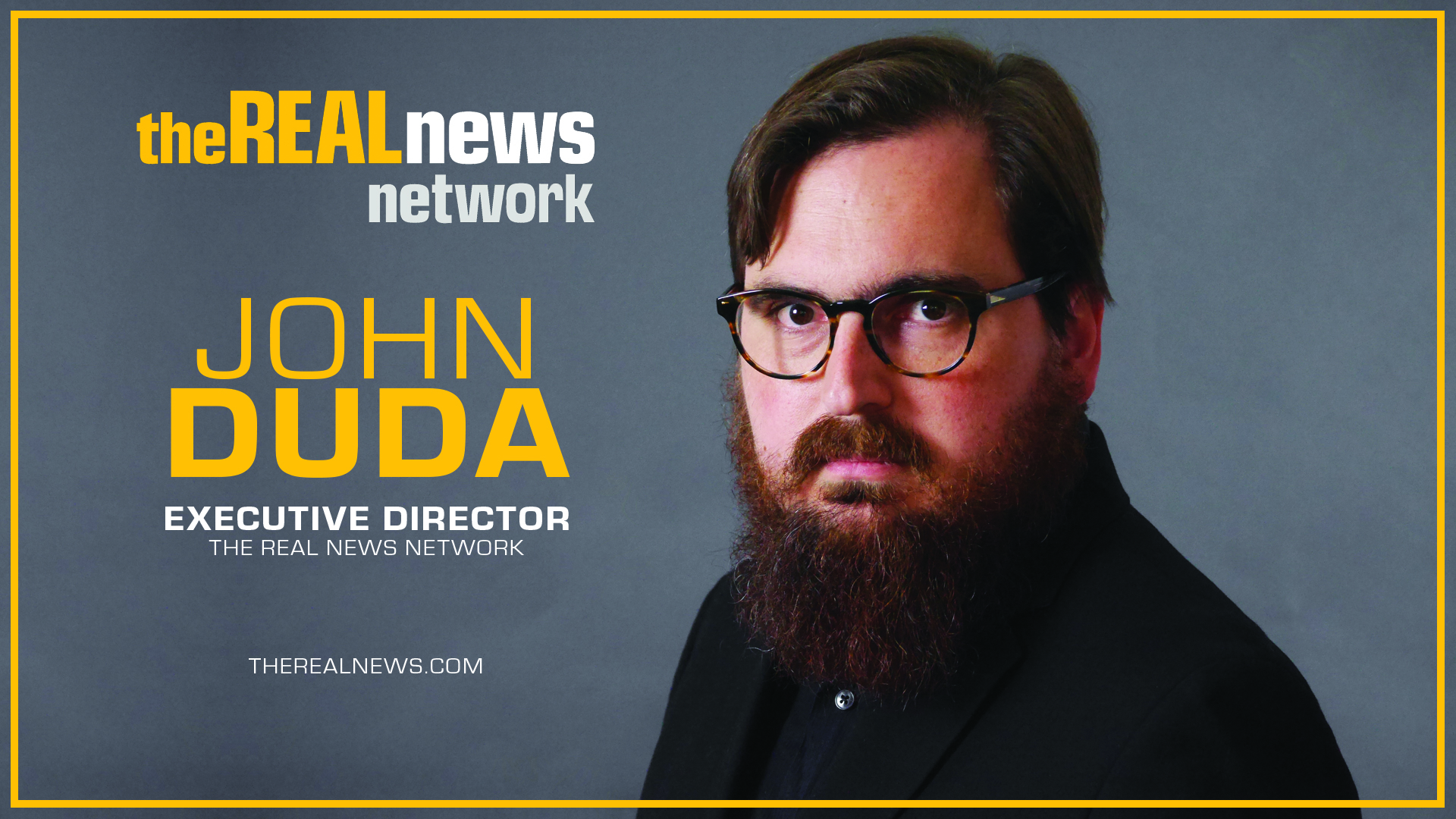 The appointment was announced by TRNN Co-chairs Robert Lang and Baruti Kopano: “On behalf of the board, we are delighted to welcome John to lead our talented and dedicated team through the next crucial phase in the evolution of The Real News. He will work closely with a new Editor in Chief, to be named over the coming months, to ensure The Real News continues to develop as a trusted source for progressive online news and analysis.”

Duda joins TRNN after nine years at The Democracy Collaborative, an international research institute working to develop practical models for a post-capitalist economy, where he served as Director of Communications. “I am excited and honored to be taking the helm at The Real News, especially at a time when independent media is more important than ever,” Duda said. “Even before COVID-19 struck, we had right-wing authoritarianism on the rise, communities of color under attack, climate catastrophe at our doorstep, and an economic system programmed to continue concentrating wealth and deepening inequality. We need strong platforms for journalism and analysis like The Real News, designed from the ground up to amplify the voices and perspectives you won’t hear in the corporate media.”

Duda holds a PhD in Intellectual History from Johns Hopkins University for his work on the intersections of radical social movements, digital media makers, and the sciences of complexity and self-organization, is a founding worker-owner at Red Emma’s, Baltimore’s largest worker cooperative, and has written extensively on left organizing and economic alternatives.

The Real News Network is a non-profit, viewer-supported news and analysis service. TRNN is sustained by viewer donations and foundation support.

The mission of The Real News Network is to engage viewers in solving the critical problems of our times. We speak truth about power and identify common struggles and historical trends, acknowledging the role of racism and class struggle in the issues we cover. We believe that only a non-profit, viewer-supported model can produce the uncompromising and relevant journalism that we need.