Snowden Reveals Extent of Canada’s Spying on Behalf of NSA

Yves Engler: Ed Snowden latest leaks confirms widespread NSA spying by Canadian government, including of countries inaccessible to the US

Yves Engler: Ed Snowden latest leaks confirms widespread NSA spying by Canadian government, including of countries inaccessible to the US 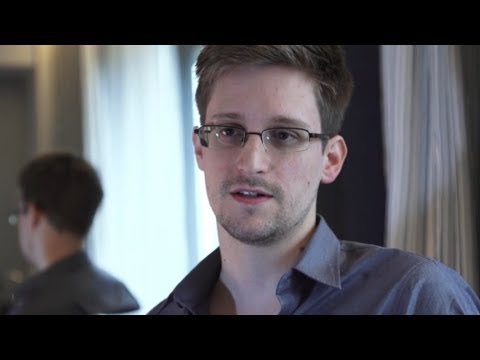 The latest revelations from NSA whistleblower Edward Snowden include a four-page document that outlines how Canada is much closer spying partner to the U.S. than was previously thought.

Now joining us to discuss this is Yves Engler. He’s a Canadian commentator and author. His most recent book is The Ugly Canadian: Stephen Harper’s Foreign Policy.

Thank you so much for joining us again, Yves.

NOOR: So you have documented and you’ve been on The Real News several times before talking about how Canada spies on Brazil for corporate interests, on how the–and works with the NSA to spy on official attendees of the G20 summit in Toronto. So what is new here, exactly?

ENGLER: Well, what we–what’s been revealed is that the Canadian government has established 20 different sites around the world to–the Communications Security Establishment of Canada has established 20 different sites around the world to help the NSA out in terms of intelligence gathering. Also, there’s more details on the exchanges with Canadian officers, Communications Security Establishment officers going down to work with the NSA, NSA officers working with CSEC, and also exchange of equipment and exchange of different technologies. So it’s really–it’s a deepening understanding of how close that relationship is. Obviously, also the fact that the NSA, the CSEC was spying on G8 and G20 officials for the NSA during the G8/G20 in 2010, just sort of further confirming that very close relationship between the two country’s spy agencies.

NOOR: And can you talk more about who the Canadian authorities and the NSA have been spying on together?

ENGLER: Well, we don’t know that exactly. I mean, the example at the G8 and G20 is one example that we do have some details on. But according to the documents, it doesn’t refer to specific countries, doesn’t refer to–or at least it’s not been made public. And the CBC makes very clear, the Canadian Broadcasting Corporation makes very clear that they are not publishing significant elements of the documents, because they don’t want to jeopardize what they consider national security interests.

But it’s–the document states it’s geographic areas unaccessible to the U.S. That’s where the focus is. So, for instance, until about a year ago, when Canada shut down its embassy in Iran, there were–it’s very likely that the Canadian Embassy and the CSEC operatives at the Canadian Embassy in Iran were spying on Iran for the U.S. That’s been–Iranian officials had long accused the Canadian Embassy as being a, quote, “den of spies”. That would be an example. Presumably, other countries or maybe other cities where there aren’t U.S. embassies but there is a Canadian Embassy or there’s a Canadian high commission or consulate, places that Canada would be spying. Also, potentially places where the U.S. is seen as, you know, sort of–there’s lots of suspicion around the U.S. but there’s less suspicion towards Canada. That might make it easier for the Canadian officials to be engaged in spying in those places. But hopefully, with the future revelations, we get more details on exactly what instances of Canada’s spying, where Canada’s spying for the NSA.

NOOR: So supporters of the NSA or its Canadian counterpart might argue, you know, the U.S. and Canada have strong relations. They’re partners. And so what’s so bad about this?

ENGLER: Well, I mean, the first part is how this is all justified, right? The CSEC has had its budget go from about $100 million in 1999 to about $450 million, from about 900 staff about 2,100 staff. They’re in the process of building a $1.2 billion state-of-the-art facility here in Ottawa to house the CSEC’s spying operations.

This is not being done under the guise that Canada is spying on world leaders at summits. No one’s accusing, you know, the president of Mexico of being a terrorist, or at least certainly not–Canadian officials aren’t doing so. Maybe they would be indigenous people in the south of Mexico. So this is all being justified under the guise that this is combating terrorism or combating some threat, security threat to Canada, when in fact it appears that the bulk of what’s taking place is in fact CSEC and the NSA are spying for commercial interests, for political interests.

In the case of the G20/G8 summit, where Canada was spying for the NSA, we know that both the Canadian government and American government were against the Tobin tax, a tax on international financial transactions that was being debated there. It was spying partly to figure out what other countries were negotiating around this and to try to undermine the Tobin tax or, you know, have advantages in terms of arguments against the Tobin tax. There’s different commentators that have sort of speculated that that may have been one of the purposes of the spying in that instance.

And then the next part gets into whole questions of the power of the state and people’s rights to live private lives. And in the case of CSEC or CSEC allowing the NSA to spy in Canada during the G20/G8 summit, that explicitly contravenes Canadian law. There’s Canadian laws that say that CSEC’s not allowed to spy on Canadians, for precisely sort of privacy concerns and, you know, the power of the state to oppose those who may dissent and all the kind of dangers that come along with that.

So I think that for those who, you know, believe in civil liberties, who are skeptical of state power, I think this is a very dangerous development of, you know, just the extent of the ties between two countries’ intelligence agencies and what they’re doing.

NOOR: They can so much for joining us.